Dispatches From the Culture Wars - February 2, 2021 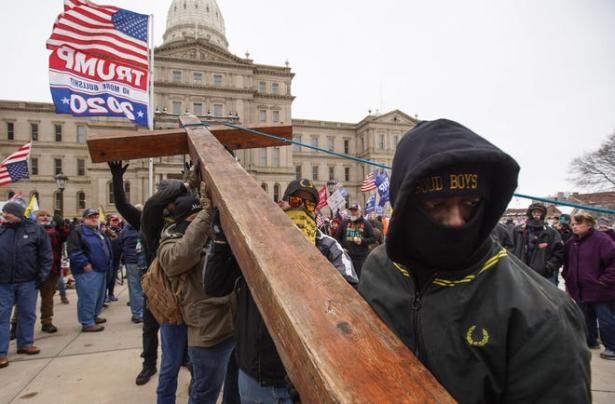 Burnout is not a problem we can individually solve. It is a symptom of a world set up to exhaust us to the point where we cannot resist.

White Christian nationalism and the “Lost Cause” myth used to exist in opposition to each other. But now they’re a singular danger to our democracy.

Conspiracy theories are as American as apple pie — as are their entanglement with nativist politics. The American Party, the “Know Nothings,” may not have seized the White House in the mid-19th century, but it mirrored today’s Republican Party.

Decades of neoliberal policies have reshaped our world – but perhaps their deepest impact has been to corrode the bonds which underpinned society: replacing the collective with the individual.

When Antisemites Raise the Israeli Flag

QAnon had told followers that Biden would be arrested on live TV and Trump would reveal himself as president and declare martial law. When that didn’t happen, many broke apart from the conspiracy, but those who remained grew in their intensity.

The Pandemic and Friendship

By Amanda Mull
The Atlantic

The pandemic has evaporated entire categories of friendship, and by doing so, depleted the joys that make up a human life—and buoy human health. But in the coming months, as we begin to add people back into our lives, we’ll now know what it’s like to be without them.

The Hero Cop of J6

A US Capitol police officer, Eugene Goodman, is being called a hero for singlehandedly steering a mob away from the Senate chambers during the deadly riots.