The Larger Lesson of the Bungled Vaccine Rollout

Government needs to restore the competence of public systems and not wait for crises. 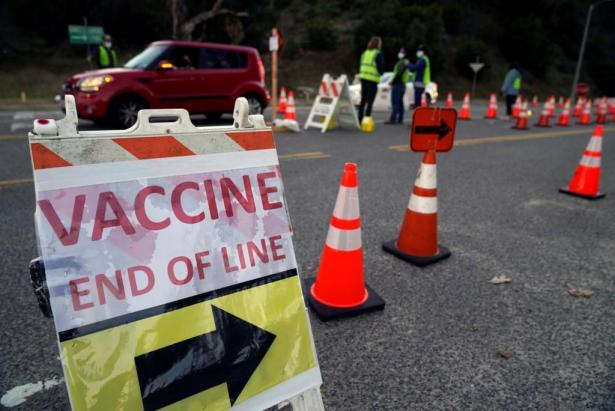 When the pandemic is past, and most people have been vaccinated, the rollout fiasco will linger as one more reminder of how government screws things up., DAMIAN DOVARGANES/AP PHOTO

Why is the vaccine rollout such a god-awful mess? In most states, there is no single portal where you can register and wait your turn, and then be offered appointments as your category comes up and vaccine supply becomes available.

Instead, most state websites direct you to locations that may or may not have vaccines, and then you have to monitor each one for a possible appointment.

Each location requires you to register separately, and you could spend half your life frantically surfing from one to another. Kafka could have devised a kinder system.

Things are getting a little better as hospitals and some physicians’ practices begin to have access to vaccine supply in quantity, but most state-sponsored systems remain a travesty of bad planning, conception, and design.

When the pandemic is past, and most people have been vaccinated, the rollout fiasco will linger as one more reminder of how government screws things up. It was not a state secret six months ago that by this winter, vaccines would become available in quantity. Why didn’t public officials plan ahead?

I think I can supply some answers. One, of course, is Trump. Back in April, he made the non-decision to provide no federal leadership for a comprehensive national system and to just leave states to their own devices.

But there is a longer-term cause—namely, the chronic underinvestment in public systems, in this case public-health systems. Private profit has crowded out public health. More on that in a moment.

Last Friday, after haplessly trying to get vaccinated using the next-to-useless Massachusetts state website, I got lucky. My number came up.

I received an email from the Mass General Brigham system, where I get some of my medical care, offering me several possible convenient appointment times and places via their patient portal. On Saturday, I got a similar email from the Beth Israel Lahey system.

I signed up with MGB, and on Sunday I rolled up my sleeve and got my first shot. The system worked like a Swiss watch. Kind nurses, on-time service, caring follow-up. And it wasn’t in a makeshift corner of a drugstore, supermarket, or stadium.

Question: What does the Mass General Brigham system know that our governor Charlie Baker doesn’t? The man, after all, was once the CEO of a large HMO.

For one thing, MGB knows how to plan ahead. According to Dr. Inga Lennes, the MGB senior vice president in charge of their vaccine program, “We started planning for this in the summer, knowing that vaccines were coming. We realized what an endeavor it would be.”

The hospital system already had a patient portal. It was on the verge of rolling out a new use of the portal that would allow patients to self-schedule. The COVID vaccine became the first mass use of the new system.

Presumably, the Baker administration had the same calendar available to the people at Mass General. But instead of creating a state portal that could allow people to register in advance to be contacted to make appointments when their priority group was reached, the state created a next-to-useless site.

It just allows you to sign up for news alerts and includes a handy map of several dozen vaccination venues, each with its own website. Most locals are still left on their own to find an appointment, catch-as-catch-can (CVS? Walmart? Fenway? a park bench?).

This mess is slowly improving as supply increases. In some states, such as California, many counties are doing a reasonable job offering patient appointments. In New York, where Gov. Andrew Cuomo has crossed swords with his own health officials, there is at least a master portal where you can register once, rather than having to register 20 or 30 times at multiple vaccination sites.

The rare state that is doing it right is New Mexico. You register once at a state-run portal. You are then notified when appointments are available, and are offered options to book a definite time and place. So this is not rocket science, but it appears to be beyond the capacity of most states.

In fairness, it is easier to create a master portal for a hospital system with a finite number of patients than for an entire state. But the larger cause of the bungled vaccination rollout is the threadbare nature of public systems, and our patchwork for-profit health care system generally.

A good counterexample is the VA. It’s a comprehensive system that provides care for about nine million people, more than the populations of most states. Their average age is 62.

The VA has comprehensive patient records and a single vaccination program. It has devised protocols to determine priorities, and when supply becomes available it reaches out to patients to schedule appointments. Imagine if the whole country worked like that.

The VA also has ample experience with emergency outreach, from its work in disaster scenarios, such as hurricanes, floods, and the recent California wildfires. But for most of America, public health has been a stepchild of private profit.

So when a massive emergency like a 100-year pandemic comes along, the states have neither emergency systems in place nor the capacity to create such systems. In the absence of investment in basic public health, rival hospital systems can’t even communicate with one another (and don’t tell me to leave this function to the tender mercy of insurance companies).

“We have systematically disinvested in public health in this country,” says Dr. Paul Biddinger, director of the Mass General Hospital Center for Disaster Medicine. Dr. Biddinger cites statistics from the Trust for America’s Health, noting that the public-health workforce in the U.S. has shrunk by approximately 56,000 in the past ten years. He adds, “The core federal funding for public-health emergency preparedness has decreased by more than one-third, from $940 million in 2002 when the program began to $623 million in FY20.”

But more and more ostensibly public systems are actually hybrids, reliant on private contractors, often parasitic ones. The rollout of Obamacare, which left the public disillusioned with “government,” was actually an unholy mélange of government and private bureaucracy. True public systems are simpler, more accountable, and more efficient.

Government has subsidized drug companies well into the billions to develop vaccines. The pandemic has cost the wider economy trillions. The government will spend trillions more counteracting its effects.

When COVID is finally behind us, expert panels and ordinary citizens will be searching for lessons. A key lesson not to be overlooked is the urgency of reinvesting in basic competence of public systems.

Robert Kuttner is co-founder and co-editor of The American Prospect, and professor at Brandeis University’s Heller School.