Data is like sunlight on employers’ wider patterns of technology use: without it, workers have little recourse to effectively address workplace concerns or combat violations of labor law. 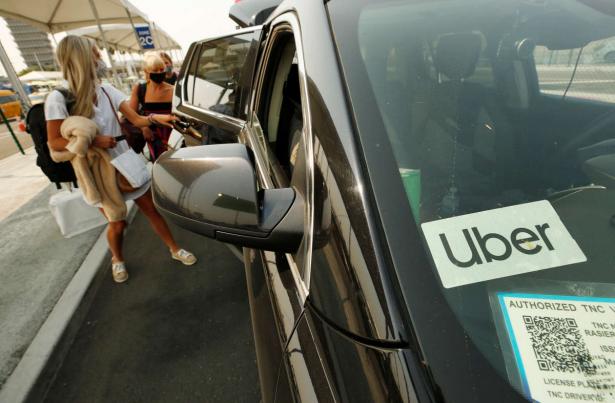 This was published by Truthout, February 8.
https://truthout.org/articles/organizers-say-access-to-workplace-data-might-have-prevented-passage-of-prop-22/

In the November election, California voters delivered a blow to gig workers by passing Prop 22, a ballot initiative permitting companies like Uber and Lyft to continue treating app-based and delivery drivers as independent contractors rather than employees. The vote was widely seen as a rebuttal to AB5, a 2019 law which ensured that California businesses appropriately classify their workers as either independent contractors or employees.

But there’s another California law that, while getting far less attention than AB5, arguably had an equally profound impact on Prop 22’s ultimate passage — AB25, or the “employee exemption” rule, which excluded workers from the state’s landmark data privacy protections. AB25 made it so that if, for example, you ride in an Uber or Lyft as a passenger, you would have the right to request that the company disclose and share your personal information with you, including information about your trip start and end times, prices or distance traveled. However, if you drive for that company, you don’t have those same rights. While workers can be informed of the categories of information that a business collects on them and the purpose, they do not have the right to submit requests to know or delete information that their employers or former employers have collected about them. And employers collect all kinds of data on their drivers, including personal demographic information, app log on/off times, GPS records, driving speeds, “waiting” and “engaged” times, earnings, management actions, and ratings/reviews. Some of this information can be crucial for workers to bargain for better wages and benefits, challenge harmful or unfair employer practices, bolster their arguments in legal disputes or raise the public’s awareness of these issues.

As lawmakers nationwide debate the future of the gig economy, the question should be asked: Would Prop 22 have passed if California workers had access to their workplace data?

Having access to data empowers workers in a number of ways, first and foremost by giving workers greater ability to keep their employers honest and accountable. Data is like sunlight on employers’ wider patterns of technology use: without it, workers have little recourse to effectively address workplace concerns or combat violations of labor law. This technological power imbalance translates into a political one, too. Employers use their proprietary data and technological tools to control the rules and shape narratives that often distort reality and manipulate the public and policymakers.

In the case of Prop 22, access to better data could have helped counter the spread of misinformation. Post-election reporting has shown that voters were confused, or worse, deceived by the myriad claims bombarding them in the lead-up to the vote. On the one hand, the “Yes on 22” campaign claimed that more than 120,000 drivers signed up to support the initiative. They argued that Prop 22 provided “freedom and flexibility” to drivers, and cited strong support from organizations representing communities of color.

On the other hand, Prop 22 challengers pointed to evidence rebutting claims that customer and driver flexibility would be negatively impacted. They argued that the drivers the companies touted as “supporters,” based on company-administered surveys, were fewer in number than the broader population of drivers, or had even been coerced. And they claimed companies were intentionally — and hypocritically — invoking racial justice because Prop 22 would, in fact, deepen the inequities that drivers of color already experience.

Employers use their proprietary data and technological tools to control the rules and shape narratives that often distort reality and manipulate the public and policymakers.

Still, the data imbalance in favor of the companies created a messaging vacuum that split traditionally allied groups — including some labor, racial justice and civil rights organizations — into different camps. A number of Black, Latino and Asian American organizations appeared in ads and sent letters to elected officials backing Prop 22, despite the negative effects it would have on drivers of color, in particular. According to a UC Santa Cruz study, an estimated 78 percent of app-based drivers are people of color, and 56 percent are immigrants.

“Better data would have absolutely helped us to drive at the nexus of the companies’ arguments,” Willy Solis, an organizer with Gig Workers Collective, told Truthout. “Without our own strong message of ‘this is the data and this is what it shows,’ [the companies] were always going to have the edge over us.”

This is not to discount the work of groups, including universities, advocacy and labor organizations who conducted studies and surveys to fact-check claims about how drivers’ earnings and eligibility for benefits would be impacted under Prop 22. But, in the grand scheme of things, the kind of data used in these studies, which often relies on datasets that are crowdsourced or “piece-mealed” from groups of workers themselves, pale in comparison to the companies’ in-house collective and global data. “Unless the data is collective, you’re really not showing much. It’s almost worthless,” said Janine Berg, senior economist at the International Labour Organization, when asked about how these studies stack up against company-held data.

“I think [the Prop 22 outcome] could have been different if access to that data was embedded in overall social movement work and a sense of solidarity with one another instead of the company,” Michelle Miller, co-founder and co-executive director at Coworker.org, told Truthout. Her organization provides tools, education and training support to workers engaged in organizing efforts, but was not involved in organizing against Prop 22. “We need to do good data policy work, but it always has to be embedded in a broader social movement strategy that emphasizes cooperation and how power aggregates (like data aggregates).”

Most consumers are workers, and most workers are consumers. It’s time to advance data rights legislation that acknowledges this reality and protects people regardless of whether they’re behind the wheel or in the backseat of an Uber.

While it’s impossible to know whether Prop 22 would have failed had AB25 not passed, it’s important that we more closely examine the relationship between data rights and workers’ rights. What happened in California — and frankly, what has been happening around the world — reflects a broader dynamic that extends beyond gig work.

Ultimately, these battles are neither about technology nor are they neutral: they are political. Prop 22 advocates, including service providers and secret funders, created a formidable coalitional force. Outspending opponents 12:1 in the most expensive ballot campaign in California’s history, more than $200 million went toward funding extensive digital and TV advertising, texts, emails and app notifications, as well as the use of controversial tactics to persuade employees. Indeed, from the vantage point of rideshare companies, it was a worthwhile investment: One day after the vote, Uber and Lyft gained $13 billion in combined market value.

Prop 22 advocates are already maneuvering to have California’s law codified at the federal level, pushing a national campaign to win over the public. In the coming months, as a growing coalition of groups, including unions, state labor federations, worker centers and progressive worker advocacy organizations seek to hold the Biden administration accountable on workers’ rights issues, workers’ data rights should also be front and center.

For the most part, the few data rights laws on the books in the U.S. have been written to protect consumers from the exploitation and monetization of data. However, excluding workers from these laws allows these companies enough wiggle room to instead exploit workers through many of the same practices. But here’s the thing: most consumers are workers, and most workers are consumers. It’s time to advance data rights legislation that acknowledges this reality and protects people, regardless of whether they’re behind the wheel or in the backseat of an Uber.

[Phela Townsend is a policy entrepreneur at Next100, a startup think tank, and a Ph.D. candidate at the Rutgers School of Management and Labor Relations, where she focuses on how technology is changing work.]