Democrats long complained the rules were illegal and aimed at shrinking health coverage for poor adults. 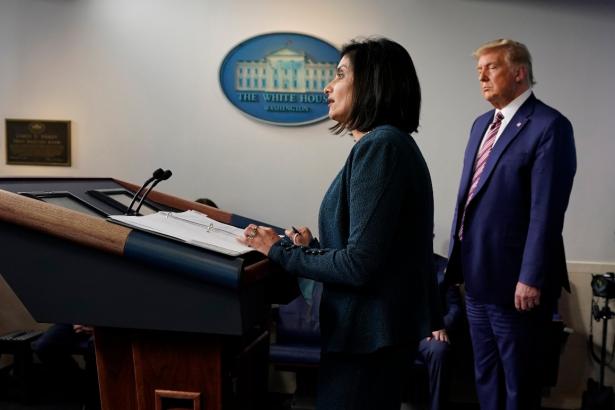 The Biden administration on Friday will notify states it plans to revoke Medicaid work requirements, starting the process of dismantling one of the Trump administration's signature health policies.

The move is one of several steps that Biden’s health department is expected to take this week to unravel the contentious work rules long criticized by Democrats, according to internal documents obtained by POLITICO.

The documents — which were labeled “close hold” — do not make clear how quickly Biden will cut off work rules the previous administration approved in a number of states, which for the first time were allowed to mandate that some people work or volunteer as a condition of enrollment in the low-income health care program.

Health officials are also preparing to withdraw the Trump administration’s 2018 letter that first announced the work requirements policy, and rescind a separate letter from earlier this year aimed at making it more difficult for the incoming Biden administration to quickly overturn the policy.

“CMS has serious concerns that now is not the appropriate time to test policies that risk a substantial loss of health care coverage or benefits in the near term,” according to a health department draft rollout plan entitled “Medicaid Work Requirement Rescission.”

President Joe Biden, who has targeted other Trump health policies as he looks to build on Obamacare, has long signaled plans to unravel the Medicaid work requirements. Democrats have criticized the rules as unlawful and aimed at kicking people off the program’s rolls.

Trump Medicaid chief Seema Verma, who was critical of Obamacare's expansion of Medicaid to poor adults and crafted the requirements, argued they would encourage healthy people to work and help keep state Medicaid programs financially sustainable.

Biden last month issued an executive order directing his health department to identify policies that fail to “protect and strengthen Medicaid.” But the draft rollout plan obtained by POLITICO points to the coronavirus pandemic as the central reason for rolling back the work rules, arguing that the crisis has “greatly increased the risk” that the policy will lead to “unintended coverage loss.”

“In addition, the uncertainty regarding the lingering health consequences of COVID infections further exacerbates the harms of coverage loss or lack of access to coverage for the Medicaid beneficiaries,” the plan said.

Centers for Medicare and Medicaid Services did not respond to multiple requests for comment.

The work rules were approved through Medicaid waivers, which allow states to test ideas for health coverage. A new administration typically can unwind waivers that it believes does not support Medicaid goals, though states may protest the decision.

In the final weeks of the Trump administration, Verma asked states to sign contracts that would establish a lengthy process for unwinding work requirements and other conservative changes to their Medicaid programs. Medicaid experts have questioned whether those contracts are legally enforceable.

The health department on Friday is also planning to scrub some references to the work requirements program and related documents from the government's Medicaid website.

Instead, it will post a link to an HHS document entitled “Medicaid Demonstrations and Impacts on Health Coverage: A Review of the Evidence.” The document, among other topics, will address the “impact of work requirements on Medicaid’s commitment to Americans in need,” the draft rollout plan said.

Only one state, Arkansas, ever fully implemented the Medicaid work rules. About 18,000 people lost Medicaid coverage in 2018 during the few months the requirements were in effect, before a judge blocked them.