film Racist Trolls May Think They Own Star Wars, But the Saga's Diversity Issues Are Not Cut and Dried

The social media harassment of Kelly Marie Tran was abominable, but it’s not fair to say that racism is baked into the epic franchise’s core

March 9, 2021 Ben Child The Guardian
Printer friendly
Racist Trolls May Think They Own Star Wars, But the Saga's Diversity Issues Are Not Cut and Dried Published March 9, 2021 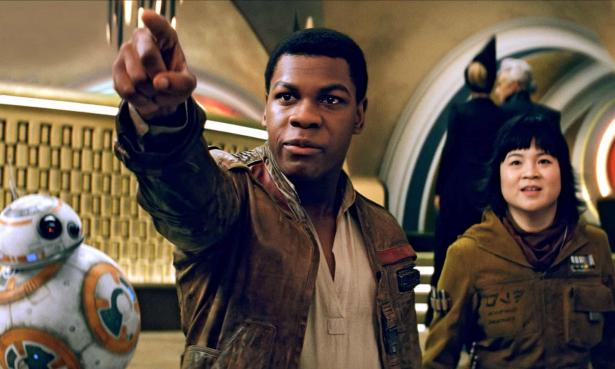 It’s ironic that Star Wars, perhaps the ultimate tale of good triumphing over evil, has become embroiled in the current culture wars. George Lucas’s original trilogy is as universally adored as Brothers Grimm fairytales, the paintings of Leonardo da Vinci or the songs of the Beatles. Finding out that it is also loved by racists is a bit of a shock.

It’s hard to imagine Lucas sitting down in the mid-70s to ponder which far-out, disparate elements to throw into his original Star Wars film in order to concoct that perfect, swirling blend of science fiction and fantasy, because it’s hard to conceive of a time when the early Star Wars films didn’t exist. One thing we can be pretty sure of, however, is that Lucas did not imagine the early movies as standard bearers for Aryan white supremacy, such that attempts to create more multiracial casts for later episodes would be attacked as somehow letting the side down. Yet that is surely the only way we can read the mindset behind the hideous attacks by “alt-right” trolls suffered by the Asian American actor Kelly Marie Tran in 2017, after she was cast in a relatively small role in Rian Johnson’s The Last Jedi.

Tran, currently winning rave reviews for her voice turn in Disney’s Raya and the Last Dragon, revealed this week that the Last Jedi experience felt as if she “fell in love very publicly and then very publicly had an embarrassingly horrible breakup” in an interview with the Hollywood Reporter. The actor, who felt compelled to quit social media after the attacks, described a “succession of events in which I left the internet for my own sanity”.

Watch the trailer for Star Wars: The Last Jedi

“If someone doesn’t understand me or my experience, it shouldn’t be my place to have to internalise their misogyny or racism or all of the above,” said Tran. “Maybe they just don’t have the imagination to understand that there are different types of people living in the world.”

Why did these extremist trolls feel any ownership over Star Wars? Could it be because of Lucas’s unwieldy approach to race in the prequel films, which were criticised for imagining extra-terrestrials such as Jar Jar Binks, Nute Gunray and Watto according to, variously, Caribbean, east Asian and Jewish ethnic stereotypes? Even the Star Wars creator’s harshest critics usually saw such missteps as wrongheaded attempts to imagine a diverse galaxy.

Lucas borrowed successfully from the samurai films of Akira Kurosawa for his first trilogy, a move that these days might be seen as cultural appropriation, and his Imperial stormtroopers clearly recall the Nazi Sturmabteilung – not a problem, he made them the bad guys.

But perhaps the film-maker’s hamfisted attempts to broaden the cultural mix for the prequels accidentally ended up warming the cockles for modern-day Nazi Star Wars fans, a development few saw coming but a sign of how deeply problematic such blunders can be.

That the sequel trilogy tried to offer up a view of the galaxy as a diverse place with the casting of Tran and John Boyega, among other actors, is surely to its credit (even if Boyega has spoken publicly about the way he felt the series’ actors of colour were ultimately sidelined). It does seem bizarre that certain so-called fans balk at the prospect of seeing black men or Asian women flying the new movies’ X-wings, but have no issue at all with syntactically challenged, green-skinned, giant-eared Jedi homunculi or oversized dog-faced teddy bear sidekicks.

Perhaps Mark Hamill’s Luke Skywalker was himself the problem. Maybe generations of racists grew up on the idea of the ultimate hero being a white-skinned, blue-eyed kid with shiny blond hair, so that the idea of anyone of different ethnicity stepping to the fore felt like a personal insult.

But there has always been more to Luke than meets the eye. There’s just no way you can be poster-boy for white supremacy when your dad is really James Earl Jones.