How the Left Made Cuomo Vulnerable

The governor tried to ruin the Working Families Party. It helped ruin him instead. 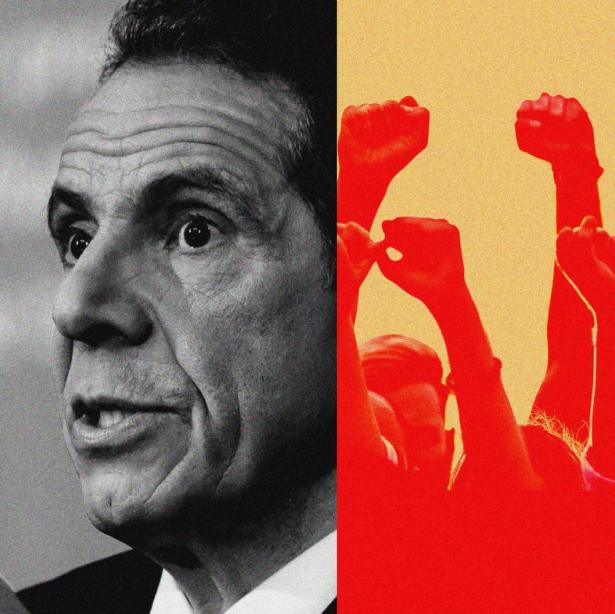 Throughout his time as governor of New York, Andrew Cuomo has tried to crush the Working Families Party, a progressive third party founded in 1998 by an alliance of union leaders and community activists.

The Working Families Party doesn’t act as a spoiler, like the Green Party. It tries to push the Democratic Party leftward by backing progressives in Democratic primaries, while supporting Democrats in general election contests against Republicans. Because New York has what’s called fusion voting, progressives can vote for Democratic candidates on the Working Families ballot line, allowing the party to show its strength and maintain the threshold of votes required to stay on the ballot from year to year.

Cuomo has tried all sorts of things to kill the W.F.P. In 2014, he created the shell Women’s Equality Party to siphon votes from Working Families. Unions allied with Cuomo have left the W.F.P., threatening its funding; W.F.P. leaders believe Cuomo twisted their arms. The governor reportedly pressured Letitia James, New York’s attorney general and a longtime W.F.P. stalwart, to reject the party as a price of his support in her 2018 race. He maneuvered to end fusion voting — while denying that that was what he was doing — and used the state budget to triple the number of votes third parties need to keep their ballot lines. According to Politico, the governor has told people he wants to destroy the party.

Even allowing for his reputation as a vindictive control freak, I never fully understood the amount of energy Cuomo seemed to put into this vendetta. But it turns out he wasn’t being paranoid in seeing the W.F.P. as a threat. The 2018 victories of W.F.P.-backed state legislature candidates, part of that year’s blue wave, set the stage for Cuomo’s current crises.

Among the state’s progressive activists, Cuomo has long been seen as a thuggish reactionary. Alessandra Biaggi, a state senator who once worked for Cuomo, told me that his abusive behavior “has definitely been an open secret,” but one that “people were afraid to share because they were afraid of retribution, which is exactly why it’s been kept below the radar of most people in the state and country.”

His emergence as a Resistance hero during the first U.S. wave of the coronavirus only made Cuomo more intimidating, she said. Yet even as he became a national star, the growing power of the left in New York created new vulnerabilities for him.

Before 2018, a bizarre and infuriating deal between Republicans and a conservative Democratic faction called the Independent Democratic Conference prevented Democrats from controlling the State Senate, despite holding a majority of seats. Though Cuomo has denied it, he was reported to be deeply involved in creating the coalition that kept his own party from taking power in the chamber. The arrangement served Cuomo’s interests by ensuring that the left couldn’t push him farther than he wanted to go, solidifying his control over the state’s political agenda.

Defeating the I.D.C. was a major goal of the Working Families Party, and in 2018, a year of historic progressive victories, it succeeded. W.F.P.-backed candidates, including Biaggi, ousted six of the eight I.D.C. senators. Democrats took control of the Senate, and they did so with a bloc of people not beholden to Cuomo. Speaking of the W.F.P., Biaggi said, “To say that they’re critical is not even giving them the credit, frankly, that they deserve for the significance of the role that they played in ushering in new leadership.” That new leadership, in turn, has made it easier for Democrats to stand up to Cuomo.

Perhaps the key figure in throwing open the anti-Cuomo floodgates has been Assemblyman Ron Kim of Queens. He was one of the first Democrats to press for an investigation of Cuomo’s handling of nursing homes during the pandemic, and later went public about what he said was the governor’s threat to “destroy” him.

When Cuomo started attacking him, Kim told me, he was scared. “The impact of his presence, and his orbit of power, is terrifying to a person like me and my family, an immigrant family,” he said. (Kim’s parents brought him to the U.S. from South Korea when he was a child.) His wife, he said, initially told him, “Stop everything you’re doing.”

But he didn’t, in part because of the new lawmakers backing him up. “Definitely those elections mattered because I found strength in those individual members who won those critical seats,” he said.

It’s not clear what happens to Cuomo now. As the accusations against him have mounted, so have the calls for him to step down, but a Siena College poll released Monday shows that only 35 percent of New Yorker voters want him to resign immediately.

New York politics, however, have changed irrevocably. “The ‘no I.D.C.’ campaign was an earthquake that really did shatter the New York political landscape,” said Sochie Nnaemeka, director of the W.F.P.’s New York chapter. It turns out that Cuomo was right to fear it.

[Michelle Goldberg has been an Opinion columnist since 2017. She is the author of several books about politics, religion and women’s rights, and was part of a team that won a Pulitzer Prize for public service in 2018 for reporting on workplace sexual harassment issues. @michelleinbklyn]