labor 'The Fuse Has Been Lit': Union Leaders Hope Amazon Effort Will Boost Support Across US 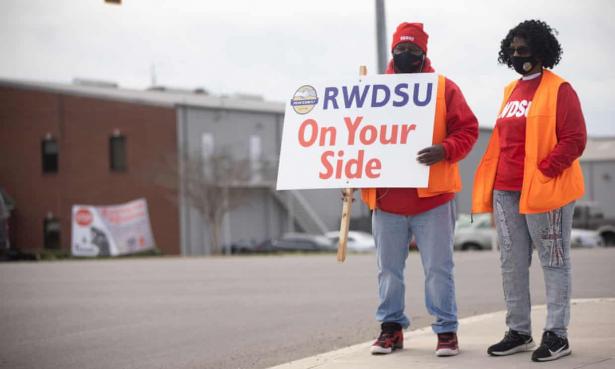 Counting is currently under way for the historic union election at Amazon’s warehouse in Bessemer, Alabama, and union organizers and leaders throughout the labor movement are hoping the effort will help galvanize support for workers and unions in the south and across the US.

Tevita Uhatafe, 35, a member of Transport Workers Union of America Local 513 in the Dallas area, was one of several union members and leaders who visited Bessemer to lend their support for the union organizing drive. 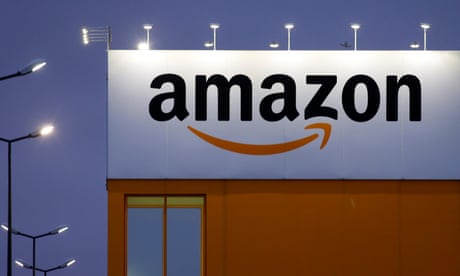 “I just wanted to hear workers’ stories, see what was going on there and learn a little bit about what was going on with their lives, as well as what can we do to help these people and support this union effort,” said Uhatafe.

The enthusiasm comes as a pivotal moment for US unions. Joe Biden was elected on a pro-union platform and only this week told a crowd in Pittsburgh: “I’m a union guy. I support unions. Unions built the middle class, and it’s about time they start to get a piece of the action.”

The huge publicity the Amazon vote is attracting is a chance to inform a younger generations that have not received a lot of education on the history of the US labor movement about the role unions have played in Alabama, said Uhatafe.

“I really wanted to show them that there’s a new generation that’s coming up that wants to bring this movement into this generation, and show people that we really do fight for their jobs and for their livelihoods,” he added. “There’s going to be a whole lot of organizing going on if this is successful – even if it isn’t, the fuse has been lit.”

Other labor leaders and workers echoed his sentiments.

“The union drive in Bessemer, Alabama, is going to have a ripple effect,” said Liz Shuler, secretary-treasurer of the AFL-CIO, the largest federation of labor unions in the US. “It’s about so much more than Amazon. It’s about fundamental power and inequality. About a labor movement that’s innovating and organizing on a new frontier to take on issues like data collection, and making progress in the long march for civil rights. And Bessemer is inspiring people all over the country to take collective action with their co-workers. This isn’t the end, it’s a powerful beginning.”

The coronavirus pandemic exposed poor working conditions in industries and jobs where workers are deemed “essential” and praised as “heroes” but often receive wages and benefits that make it difficult for them to make ends meet. The risks posed by Covid-19 often worsened working conditions and heightened concerns about safety protections in places like Amazon warehouses that not only continued operating, but saw surges in demand and profits.

Chris Smalls, who was fired from Amazon’s Staten Island, New York warehouse after organizing a protest at the beginning of the pandemic over Covid-19 safety concerns, has spent the past year participating in actions and speaking out in favor of organizing efforts at Amazon around the US, including in Alabama.

“This is the most important union drive since probably the Great Depression,” said Smalls. “The whole nation is watching this vote. Our hopes no matter which way it goes is that Alabama lights a spark for all of us to start organizing in a city near you. That’s exactly what we intend to do and I support any and all efforts to do so.”

The union drive has drawn support from community leaders, organizers and elected officials around the US, and in the Birmingham, Alabama area. Labor unions, including the Major League Baseball Players Association, NFL Players Association, several members of Congress, celebrities and organizations have publicly endorsed the effort, participated in solidarity rallies in cities around the US, or visited Bessemer. Workers around the world have also posted video messages to publicly announce their support for the unionization effort. 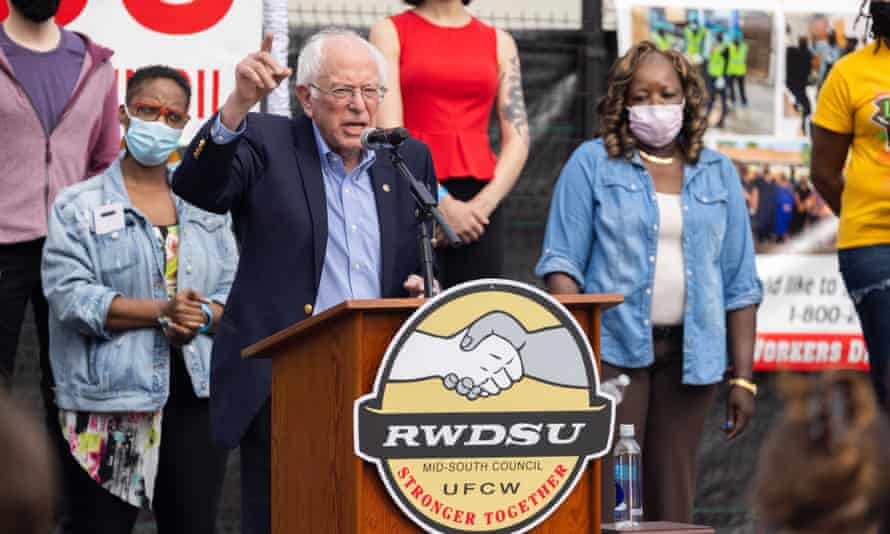 Bernie Sanders speaks at a rally in support of unionization at an Alabama Amazon facility on 26 March. Photograph: Nathan Posner/REX/Shutterstock

“Without unions we would not have the 40-hour work week, vacation days, sick leave, or employee benefits that millions rely on. Unions built the middle class of this country, and have played a historic role in shaping Birmingham and Jefferson county as a whole, granting opportunities to thousands of working families,” said Randall Woodfin, mayor of Birmingham, Alabama, in a statement in support of the union.

“Birmingham has a long history of workers of all races banding together to demand better working conditions, and the unionization effort in Bessemer is a critical chapter in the history of organized labor in our community.”

The Rev Tonny H Algood with the Alabama Poor People’s Campaign explained that history in the south, as industrialization in the southern US grew after the second world war as corporations sought cheap, non-union workforces, and state governments have since characterized themselves as pro-industry.

“The state has sided with corporations every time,” Algood said.

As an example, he cited Jefferson county changing the traffic light patterns outside the Amazon warehouse at the request of the company as union organizers utilized the stop to speak with workers, and the use of local police providing security for the Amazon warehouse.

An estimated 85% of the workers at the Amazon warehouse in Bessemer are Black, and organizations like Black Lives Matter-Birmingham and union organizers have emphasized these connections through the union effort.

“This type of organizing and collaboration is not new to Alabama. It seems as though Amazon thought that they can come to Alabama and extend this slave labor-like working environment and that would be okay here,” said Celida Soto Garcia, the president of Sweet (Sustainable Water, Energy and Economic Transition) Alabama. “I guess they didn’t read up on history, because that’s never permissible here in our state. Historically it never has been and never will be.”

She expressed disappointment with Amazon’s adversarial response to the union organizing drive, especially given the immense wealth founder Jeff Bezos has accumulated from the company. Throughout the union election process, Amazon has hired expensive anti-union consultants, attempted to delay the election and force an in-person vote, and pushed anti-union messages to workers through texts, posters, ads, emails, a website, captive audience meetings and mailings. Amazon’s union opposition has extended to social media, as executives and its public relations team have repeatedly asserted the company’s union opposition.

“I really expected more from Amazon. We celebrated their arrival here because we expected more from this multibillion-dollar corporation but it seems that they want to move forward with treating our invaluable people here in Alabama like cogs in the machine,” added Soto Garcia. “We’re going to win this for them and we’re not going to stop fighting until we win this for them.”