Unions need labor law reform through the PRO Act. But even if that bill remains off the table in the near future, Joe Biden can use executive orders immediately to roll back corporate union-busting like Amazon carried out in Bessemer, Alabama. 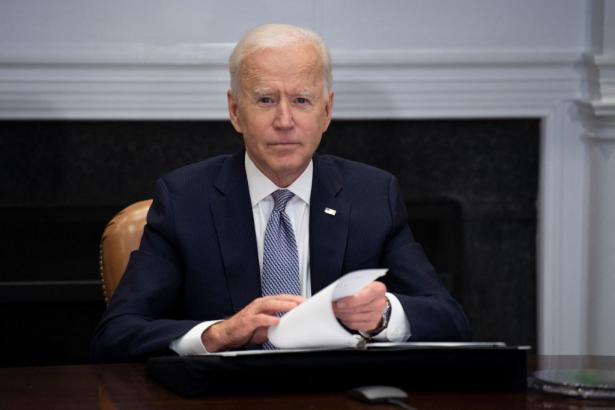 As Amazon executives were trying to crush a union drive among workers in Bessemer, Alabama, President Joe Biden released a video message declaring his general support for the rights of workers to decide whether to form unions. Biden, however, has so far stopped short of trying to use his executive authority to fulfill two campaign promises that could boost such unionization efforts.

During the 2020 campaign, Biden’s platform included support for a pair of measures designed to deter the kind of union-busting at play in Alabama. One is a Department of Labor measure known as the “persuader rule,” which would require employers to more thoroughly disclose their spending on anti-union consultants. The second is known as the “neutrality rule,” which would require federal contractors like Amazon to remain neutral during unionization campaigns. Both would signify major steps toward fulfilling Biden’s campaign pledge to be “the most pro-union president you’ve ever seen.”

The Protecting the Right to Organize (PRO) Act, a major piece of labor legislation that Senate majority leader Chuck Schumer has promised will get a floor vote if it gets fifty cosponsors, contains important provisions that would have changed the way the Amazon union election played out, including both the persuader and neutrality rules. But unless the Senate abolishes the filibuster — which isn’t a possibility as long as conservative Democrats Joe Manchin and Kyrsten Sinema are opposed to doing so — the PRO Act doesn’t have a shot of passing a 50-50 Senate.

Biden could instead try to fulfill his campaign promises by using his executive authority to put the rules in place. Such a unilateral move would come with risks; executive actions are more likely to be held up in a federal court system packed with conservative, anti-union judges. But short of passing the PRO Act, such executive actions, despite their legal vulnerabilities, might offer the best opportunity to deter Amazon and other employers’ efforts to block workers from unionizing.

By jeopardizing Amazon and other union-busters’ access to lucrative federal contracts, a neutrality law or executive order from Biden could prompt those companies to cease the sort of intense employee intimidation Amazon undertook during its workers’ most recent union drive. Similarly, a persuader rule could create a public relations deterrent, by making more of a company’s anti-union spending public knowledge, therefore giving union organizers and supporters more information to try to shame companies into backing off.

“Great News for All Employers on the Union-Avoidance Front”

During the 2020 campaign, Biden promised to reverse President Donald Trump’s repeal of the Obama-era persuader rule, which had been designed to address a loophole in a sixty-year-old labor statute requiring that any hires made by employers for the purpose of anti-union activities be reported to the Department of Labor within thirty days of the hire. The original law created an exemption if the purpose of the hire was merely to “give advice” rather than to actually engage in anti-union activity.

Despite the law explicitly saying that the anti-union activity that triggers mandatory disclosure may be undertaken “directly or indirectly,” courts for years have generally interpreted the “advice exception” to mean that only anti-union personnel who interact with workers must disclose their efforts.

In practice, if a union-busting firm gives the employer material to use in an anti-union presentation but is not directly involved in presenting the material to employees, no disclosure is required.

Under the current act, Amazon was required to disclose its multiple hirings of anti-union consultants. But any law firms that may have been hired to advise on anti-union tactics but did not directly interact with employees remain shielded from public view.

“The vast majority of the anti-union ecosystem is inhabited by law firms who are advising employers and consulting with them,” Magner told the Daily Poster, rather than contractors directly interacting with workers, meaning the disclosure requirement often isn’t triggered.

In 2011, the Obama administration tried to change the dynamic by issuing a new rule expanding this disclosure requirement to require employers to disclose when they hired outside counsel to fight a unionization drive. The so-called persuader rule was enacted in 2016 against the opposition of the US Chamber of Commerce, which called the measure a “travesty” that would “create a further drag on job creation” in a public comment. The National Federation of Independent Business likewise noted in a comment on the rule that it would leave businesses “defenseless against skilled and experienced union organizers.”

Marni von Wilpert, a former National Labor Relations Board attorney who is now on the San Diego City Council, told the Daily Poster, “The purpose of the rule is transparency.” She noted that workers might view union drives differently if they know their employers are paying large sums of money to anti-union firms at the same time they are saying they can’t afford to raise wages.

But the 2016 rule never went into effect.

After the rule was finalized, the National Federation of Independent Business sued the Labor Department in federal court and won an injunction from Reagan-appointed Judge Sam Cummings, blocking the rule four days before it was scheduled to become effective. At the time, the National Retail Federation — which lists Amazon as a member and which recently lauded the defeat of Amazon workers’ union drive — was lobbying against the rule, according to federal records.

One of Cummings’s arguments was that requiring such disclosures would be a violation of attorney-client privilege, an argument echoed in the public comments submitted by trade associations.

“If the requirement was that I hand Amazon a 100-page notebook and said, ‘I want you to fill this up with every word exchanged between you and Jackson Lewis law firm telling me what legal strategies they use, what cases they cite,’ that would run afoul of attorney-client privilege,” he said.

But in terms of the actual requirements of the persuader rule, “The ABA [American Bar Association] and state bars have never held that the duty of confidentiality extends to the identity of a client or to the fees paid by a client,” he said.

Two other federal district courts reviewed similar challenges to the rule and did not issue injunctions.

In 2018, the Trump administration repealed the rule, removing any chance for a successful reversal of the injunction, despite objections from the AFL-CIO. At the time, an attorney at the anti-union law firm Barnes & Thornburg wrote that it was “great news for all employers on the union-avoidance front.”

If Biden follows through on his campaign promise to reinstate the rule, and another suit is filed to stop it, it is possible that a judge would this time let it stand. An amicus brief submitted by twenty law professors argued that the rule was within the authority of the Department of Labor to issue and did not violate attorney-client privilege.

If a resurrected persuader rule survived legal challenges, Magner said that it would help specifically in making unions aware of when employers were planning anti-union pushes.

Employers “always have the first-strike capability,” he said. “They can call up these lawyers whenever they want, get all the advice they need, and then they’re prepared” for a future union drive, even if one is not currently on the horizon, Magner said.

“Under the Department of Labor’s [persuader] rule, you are taking away the advantages provided under that system,” he said. “The union would have a little bit of a heads-up if the employers are preparing a huge offensive.”

But that hasn’t happened, because so far Biden has not moved to reinstate the Obama-era rule.

The White House has come closer to following through on Biden’s other campaign promise to implement a labor neutrality rule, which would require that companies with federal contracts remain neutral and refrain from actively combating union organizing among their employees. This measure was included in Biden’s sweeping infrastructure proposal, the American Jobs Plan.

If conservative Democrats maintain their opposition to ending the filibuster, Democrats will likely try to pass Biden’s infrastructure plan using budget reconciliation, which allows legislation to pass under with a simple majority vote. Using the reconciliation process allows the Senate parliamentarian to advise tossing certain measures from legislation if she decides they aren’t specifically budget-related, and it’s easy to see that happening with the labor neutrality rule.

Senate Democrats could overrule or replace the parliamentarian, but they refused to do so last month to keep a $15 minimum wage provision in their COVID-19 relief bill.

As the ultimate overseer of federal procurement, Biden could also attempt to enact the neutrality rule through some form of executive order to fulfill his promise to “ensure federal contracts only go to employers who sign neutrality agreements committing not to run anti-union campaigns.”

So far, he has not done that, and some labor law experts argue that such a rule would be struck down in court on the argument that it would be preempted by the National Labor Relations Act.

Short of enacting the neutrality rule, Biden could also pass an executive order mandating that the federal government only enter into contracts with companies that have collective bargaining agreements, an idea proposed by labor lawyer Thomas Geoghegan.

However Biden goes about doing so, if the administration adopts any neutrality rule, it could have major implications for major employers that work with the government — and that includes Amazon.

The federal government contracts with Amazon Web Services (AWS), the company’s cloud computing subsidiary, mostly through intelligence and national security agencies. AWS has been aggressively pursuing these federal contracts, which are sometimes worth billions of dollars — and a union neutrality rule for contractors could force companies like Amazon to choose between busting unions or getting those contracts.

The neutrality rule is not a new idea. The March 2020 coronavirus-related stimulus bill that was signed by Trump included language aimed at requiring some corporate recipients of federal loans to remain neutral in union elections. Magner, however, said that such requirements were mostly symbolic, as the legislation did not contain any enforcement mechanism and made available numerous loans that did not include neutrality requirements.

However a rule is framed in the American Jobs Plan, Magner cautioned that unless the bill contains an enforcement mechanism, a neutrality requirement could prove to be similarly ineffective.

Sam Mellins is a journalist and writer living in New York City.  Julia Rock is a contributing writer for the Daily Poster.