What is movement journalism? WTF is an NFT? Why does Chattanooga have the best broadband? 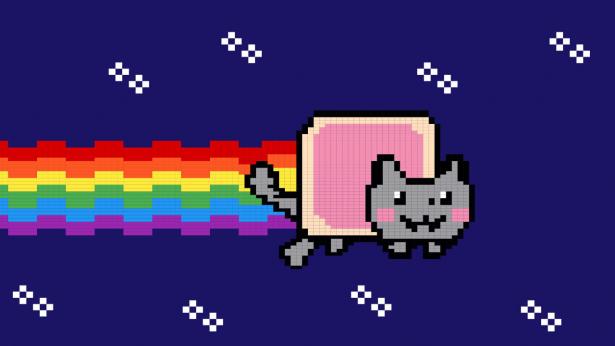 A non-fungible token (NFT) is a digital certificate for intellectual property stored on the blockchain. And Nyan Cat, Grimes, and Kings of Leon are all involved. Credit, PCMag

Organizing in the Digital Age

The increased digitalization of labor presents a whole new set of challenges from the legislative and labor organizing perspective. Companies use sophisticated software to monitor their employees, but workers can also utilize software in their struggle for labor rights and a more equitable economy.

Hundreds of NYC cable technicians have banded together to create a fairer, more affordable, pro-people telecom option in New York City (and, hopefully, beyond).

Cops vs Press in Minneapolis

Freelance photographer Tim Evans told AP that officers surrounded protesters after a 10pm curfew passed. They charged into the crowd and started pepper-spraying and tackling people, he said. Evans said one officer punched him in the face and tore off his credentials, forced him onto his stomach and pressed a knee into his back. “I was yelling ‘press.’ He said he didn’t care.”

A lot of the feedback that YouTube got in the early days of its algorithmically-defined feed was that people’s home feeds were being filled with “sensational or off-putting videos”, so it switched focus to watch time as a key metric instead.

What is Movement Journalism?

Movement journalism represents a fissure in American journalism. Many of the journalists that practice it seem unconcerned with larger legacy newsrooms that are preoccupied with stature and tradition, instead of emphasizing the importance of doing right by the communities they report with.

The best broadband in the US isn’t in New York or San Francisco. It’s in Chattanooga, Tennessee. And it’s owned by the city’s government—which makes it a shining case study for president Joe Biden’s push to have more municipal authorities build and run internet infrastructure.

By Rebecca Sun
The Hollywood Reporter

As newsrooms cover violence against Asian Americans, journalists of Asian heritage find themselves — and their cultural identity — in the spotlight.

The US has now sent the Kremlin a message in the form of a punishing package of diplomatic and economic measures. But even as the retribution for the SolarWinds hack becomes clear, the question remains: What exactly is that message? By most any interpretation, it doesn’t seem to be based on a rule that the United States has ever spelled out before.

The Finnish tech company Saidot’s platform collects data that allows organisations to better assess the risks posed by AI, and to communicate openly about them to the public or employees.

WTF Is an NFT?

A non-fungible token is a unique unit of cryptocurrency. It’s a digital certificate for intellectual property and is stored on the blockchain. So the owner of an NFT owns an asset, whatever that may be, and the proof of ownership of that asset.