books What White Supremacy Is and Isn’t: A Reading List

White supremacy , a founding U.S. principle, remains prevalent today. This reading list was compiled shortly after the January 6 D.C. white insurrection and attempted seizure of the capital building. Follow the links for full reviews of each book. 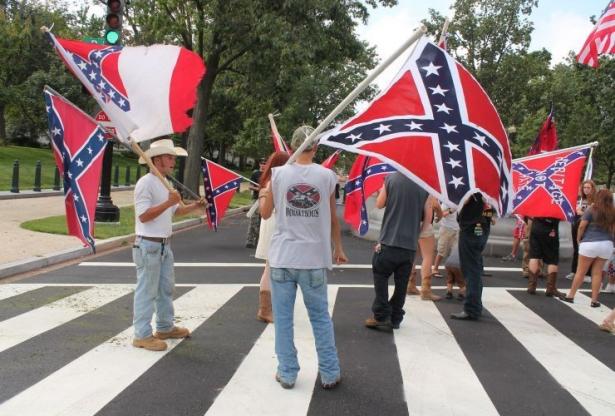 As pundits call for the attack on the Capitol to be labeled as “domestic terrorism,” there are a vocal minority campaigning for precisely the opposite. One such argument comes from Atiya Husain, whose essay on abolishing counterterrorism is being recirculated online. “We do not need the far right’s actions to be classified as terrorism, too,” she writes, “we need to void the category of terrorism completely. It cannot be salvaged because the very thing that gives it its meaning is its racial connotations.” A 2019 essay from Mark Tseng-Putterman offers another compelling case: writing in the wake of the El Paso shooting, Tseng-Putterman argued that “the label of terrorism fails to capture that recent white supremacist violence is not ideologically opposed to the U.S. nation-state. It is less a foreign ideological strain than it is a founding DNA.”

Indeed, several archival essays in today’s reading list echo this idea that the counterrevolution was long in the making, with Roxanne Dunbar-Ortiz arguing that the origins of the United States are complicit with white nationalist ideology, and Stephen Kantrowitz exploring the central role of women in building the KKK. But while it may have a long history, careful attention must be paid to white supremacy’s current manifestation too—including its international scope. As Bernard E. Harcourt commented in our pages recently, “white supremacy may be nothing new, but Trump’s incitement of it is unprecedented.” —Rosie Gillies

Terror and Abolition
by Atiya Husain

“Far from a neutral word meaning very, very bad, terrorism is a deeply racialized concept. It is because of those racial meanings that the word has more punch than ‘white supremacy.’”

“White supremacists are not wrong when they claim that they understand something about the American Dream that the rest of us do not—indeed, the origins of the United States are consistent with white nationalist ideology.” 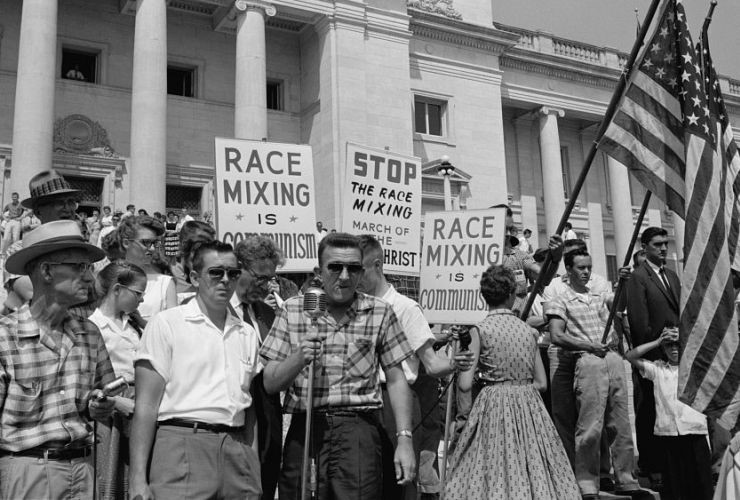 White Supremacy Has Always Been Mainstream
by Stephen Kantrowitz

“White supremacy has always been at once a political movement, an armed struggle, and a long con.”

The Armed and Anxious White Psyche
by Mark Tseng-Putterman

“They are not instances of destructive ‘terrorism,’ attempting to tear down society, but rather affirmative acts of white supremacist nation-building, whose aim is to restore it—as Trump’s ‘MAGA’ promise makes clear.” 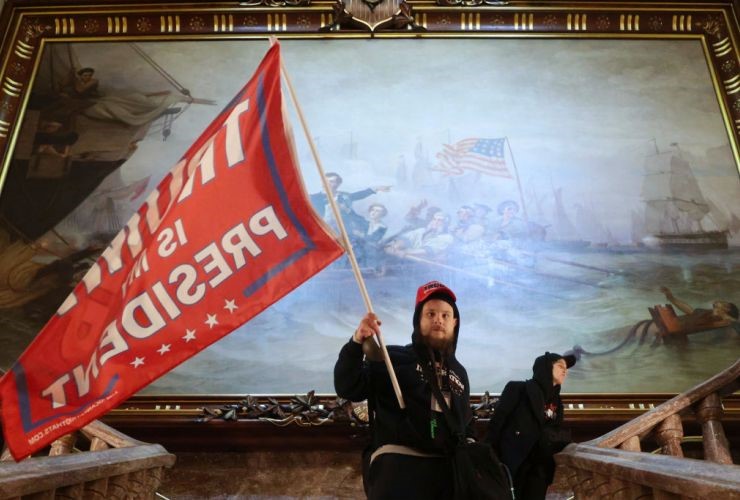 The Fight Ahead
by Bernard E. Harcourt

The Republican Party has become a white nationalist party. If old fashioned politics can’t change that, we must consider alternatives. 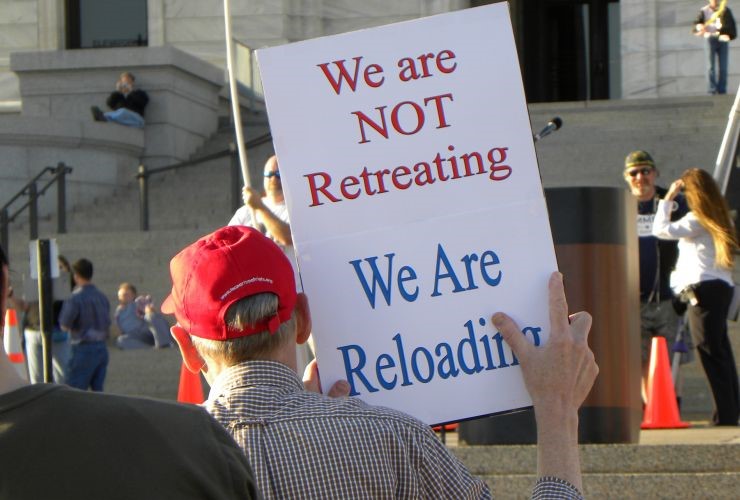 White supremacy is a two-headed beast. It not only kills immigrants and people of color, but eventually kills white people too.

Toward a Global History of White Supremacy

The simultaneous success of Trump and Brexit was no coincidence: white supremacist politics are international in scope and often share entwined histories.

Whiteness Is the Greatest Racial Fraud
by Luvell Anderson

“As we saw last week, when hundreds of white Trump supporters staged a violent insurrection at the U.S. Capitol, it is the need to protect this fraud at all costs—the ultimate fraud of whiteness—that imperils not only the vulnerable other, but everyone.”

The Politics of White Anxiety
by Jonathan M. Metzl

Trump is the latest in a long line of politicians who have leveraged the fear of white voters. A new path forward must address the structures and finances that propagate, sustain, and shamelessly benefit from it. 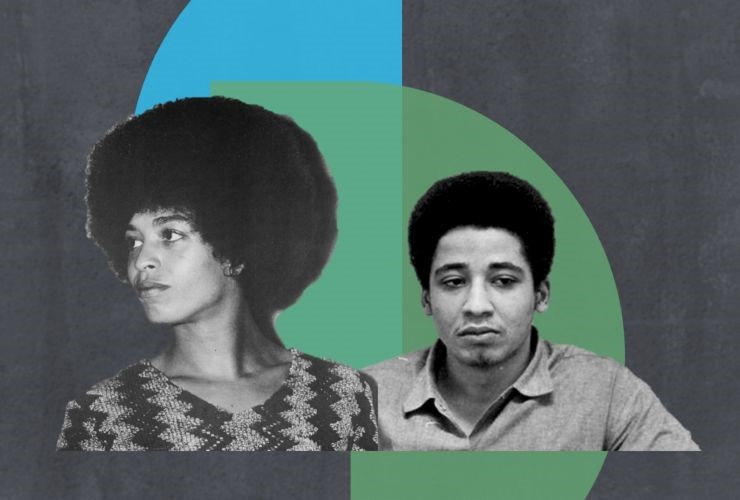 The Long Shadow of Racial Fascism
by Alberto Toscano

Black radical thinkers have long sought to expand the historical and political imagination of an anti-fascist left, revealing fascism as a continuation of colonial dispossession and racial slavery.

The Descent of Democracy
by Khalil Gibran Muhammad

White supremacy is not a new problem. Even if Hillary Clinton were in office, the tiki torch-bearers would have still gathered in Charlottesville.” 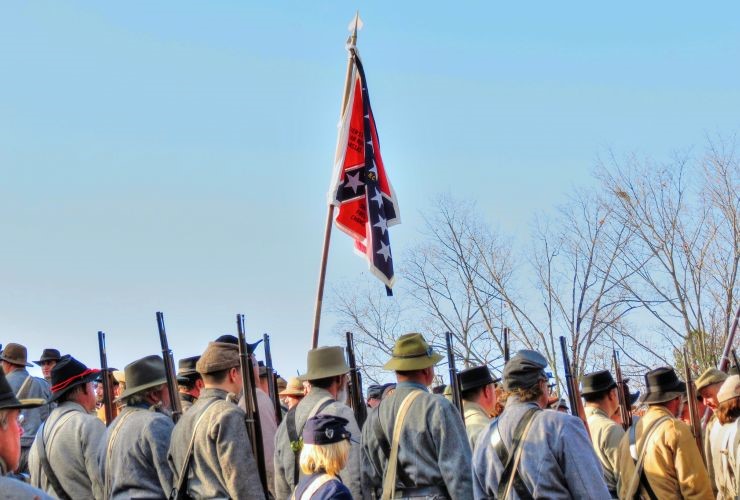 The Book that Explains Charlottesville
by Marshall Steinbaum

“The University of Virginia has long been a bastion of white supremacy and white-supremacist-validating scholarship—and ideologically-motivated private funding across academia is available for ‘scholars’ who espouse a particular brand of propaganda.” 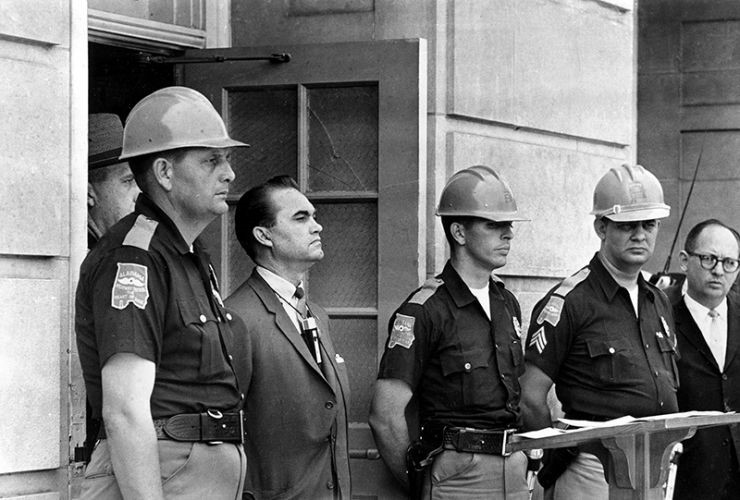 Is Freedom White?
by Jefferson Cowie

We must be attentive to how talk of American freedom has long been connected to the presumed right of whites to dominate everyone else.

“I’m often asked whether Bannon is a true believer or an opportunist: does he believe in all of this stuff? I don’t have a definitive answer; I can’t give you a pie chart. But I think there are definitely elements of both. He’s a snake oil salesman and he is a true believer.” 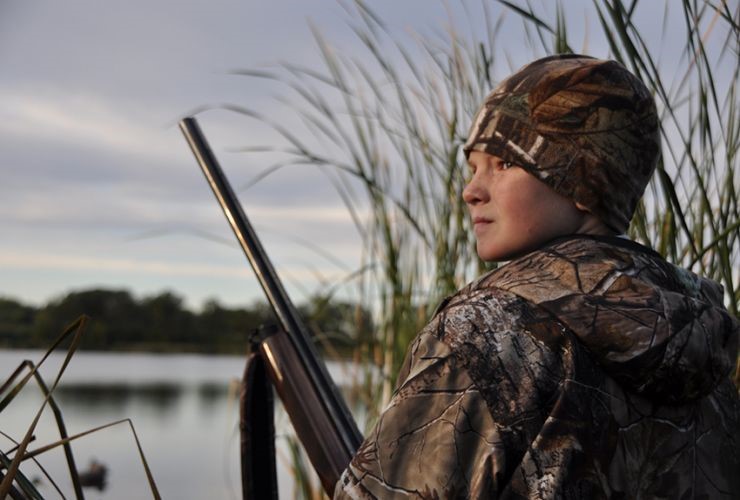 Guns in the Family
by Walter Johnson

“When I hear the NRA people going on about how guns are just ‘tools,’ I think, absolutely, you are right, guns are tools: tools for making emotionally stunted men feel whole; tools for reproducing male dominance and white supremacy; tools for white male parthenogenesis.”

Essayist Rosie Gillies is the engagement editor at Boston Review. She writes the weekly newsletter and the weekend reading list. You can read more about her here.]

... democracy depends upon the open, engaged, and honest exchange of ideas, but that vision has increasingly come under attack. For thirty years Boston Review has provided a forum—always free online—for thoughtful and ambitious discussions of democratic theory and practice. The best way to protect democracy is to challenge probe it through the public exchange of ideas, and ask more of it by inviting diligent and truthful critiques from a range of perspectives. If you join us in this belief in the power of collective reasoning and imagination to create a more just world, please consider making a tax-deductible donation to continue to allow our readers unlimited and free access to essays such as this one.