labor US Labor Leaders Should Stand With Palestine

The International Trade Union Confederation, comprised of over 300 national trade union centers from 167 countries, has spoken up for Palestine. The AFL-CIO has not.

May 13, 2021 Jeff Schuhrke Jacobin
Printer friendly
US Labor Leaders Should Stand With Palestine Published May 13, 2021 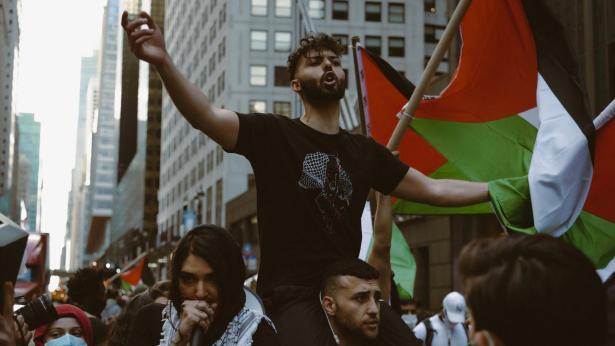 This week, in what has become a familiar pattern, US government officials and mainstream news outlets are going out of their way to minimize or ignore the suffering of Palestinians facing state violence, racist attacks, and ethnic cleansing at the hands of Israel. In contrast, the leader of the world’s largest alliance of labor unions released a statement on Tuesday saying it was “heartbreaking to see Palestinian families being thrown out of their homes to make way for Israeli settlers.”

The ITUC is comprised of over 300 national trade union centers from 167 countries, including the AFL-CIO. Many ITUC affiliates around the globe have spoken up for Palestine and joined the Palestinian-led Boycott, Divestment, and Sanctions (BDS) movement.

But the AFL-CIO and its member unions have mimicked the US government in remaining staunch supporters of Israel — even as Palestinian workers face extreme economic exploitation because of the occupation, Palestinian trade unionists endure harassment and repression by Israeli forces, and a growing chorus of human rights groups label Israel an apartheid state.

For decades, the strongest pro-Israel voice within the US labor movement has been the Jewish Labor Committee (JLC), a liberal Zionist group of union leaders that tends to take a progressive stance on nearly every issue — except for Palestinian liberation. Founded in 1934 by Jewish unionists in New York, in its early years, the JLC spoke out against Nazism, provided relief to European Jews during the Holocaust, and partnered with the AFL to rescue European socialists and labor leaders made refugees by World War II. It has remained closely aligned with organized labor ever since.

For several years, the JLC has been led by Stuart Applebaum, president of the Retail, Wholesale and Department Store Union — which recently tried to unionize the Amazon warehouse in Bessemer, Alabama. Randi Weingarten, president of the American Federation of Teachers (AFT), is another key JLC leader.

Since at least 2007, the JLC has publicly opposed BDS. Echoing Ronald Reagan’s discredited “constructive engagement” policy toward South Africa’s apartheid regime in the 1980s, the JLC contends that “engagement, rather than disengagement, with the Israeli people and the Palestinian people is needed, so that a just and fair resolution of this conflict may be pursued.”

Upon becoming AFL-CIO president in 2009, Richard Trumka drew a line in the sand against BDS, promising the JLC that “so long as I’m president, you will never have a stronger ally than the AFL-CIO. That’s why we’re proud to stand with the JLC to oppose boycotting Israel.” He went on to suggest that opposition to Zionism is a form of antisemitism.

It’s perhaps unsurprising that Trumka and several national union presidents are against BDS, considering much of the US labor movement has long been invested (quite literally) in Israel. Ever since the 1950s, US unions and their pension funds have been buying up state of Israel bonds — money that can be used by Israel for any purpose, including war and occupation.

In 2002, the director of the now-defunct National Committee for Labor Israel told the Forward that “the American labor community holds $5 billion in Israel bonds.” Since that revelation nearly twenty years ago, labor leaders and Israel supporters have remained tight-lipped about the exact amount of money US unions hold in bonds, though the AFT’s national headquarters openly reported to the Department of Labor last year that the union has a $200,000 state of Israel bond. 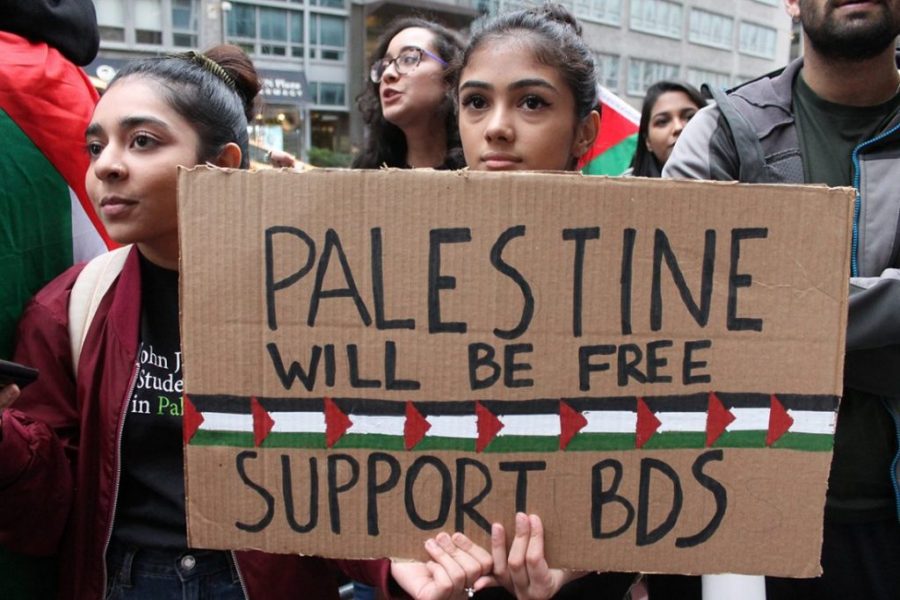 The general lack of transparency around labor’s investments in Israel appears to be a deliberate attempt to confound the BDS movement. An eye-opening manual written by the JLC for pro-Israel lobby groups in 2008 blatantly advises:

Please DO NOT discuss with union members, representatives of the press or others, guesstimates of the value of State of Israel Bonds held by unions. “Divest from Israel” activists have used such information in their arguments and have quoted figures found in Jewish newspapers and/or provided by Jewish communal representatives.

Indeed, the use of dues money to financially support Israel has historically been a point of contention between union officials and rank-and-file members. In 1973, for example, two thousand Arab American auto workers near Detroit staged a wildcat strike to demand their union, the United Auto Workers (UAW), liquidate the $1 million in bonds it held.

The only time the AFL-CIO ever considered urging its affiliated unions to dispose of their Israeli bonds was in 1985 during a protracted labor dispute involving members of the International Association of Machinists working for Israel’s state airline, El Al, at New York’s JFK Airport. Notably, the discussion of liquidating the bonds was focused entirely on the treatment of US workers at El Al and had nothing to do with Israel’s treatment of Palestinians. In the end, Israeli prime minister Shimon Peres stepped in to broker a settlement between the machinists and the airline before the AFL-CIO Executive Council could vote on whether to urge union divestment.

More recently, members of the Connecticut AFL-CIO successfully got the state labor federation to dump its $25,000 in Israeli bonds in 2010. Five years later, the Connecticut federation passed a resolution calling on the national AFL-CIO to support BDS.

In December 2014, the fourteen-thousand-member UAW Local 2865, comprising graduate student workers at the University of California, became the first AFL-CIO-affiliated union to vote to endorse BDS. The measure included a demand that the UAW International divest from Israel.

After determining the vote was fair and democratic, in late 2015, the UAW’s International Executive Board nevertheless nullified Local 2865’s BDS measure after being pressured by a corporate law firm representing companies doing business in Israel.

Local 2865 appealed to the union’s Public Review Board. In the meantime, thousands of UAW graduate workers at the University of Massachusetts, Amherst (Local 2322) and New York University (Local 2110) also voted to endorse BDS in April 2016. But that May, the Public Review Board upheld the nullification.

Aside from the UAW graduate worker locals, the main US unions to demonstrate solidarity with Palestine in recent years are all independent of the AFL-CIO: the United Electrical, Radio and Machine Workers (UE), the Industrial Workers of the World (IWW), and the International Longshore and Warehouse Union (ILWU).

The UE and IWW have both endorsed BDS, while ILWU Local 10 members helped stop an Israeli-owned cargo ship from docking at the Port of Oakland in 2014 — the same kind of action the local repeatedly took between the 1960s and ’80s to protest apartheid in South Africa.

Now, as Israel’s settler-colonial project and all the brutality and racism that come with it is again burning its way into international headlines, it’s urgent that US union members and allies — particularly the socialist movement that has grown rapidly over the past five years — aggressively ask national labor leaders which side they are on.

Are union leaders going to continue siding with of apartheid, illegal occupation, and war crimes? Or will they ever join the rest of the global labor movement in being on the side of justice, human rights, and Palestinian freedom?

Since 2010, Jacobin has emerged as a leading voice of the American left. Every month we reach millions of people, most of whom browse online for free.  We are committed to ensuring that socialist thought is both as rigorously produced as possible and available for public use.

As a 501(c)(3) nonprofit organization, donations to Jacobin Foundation are tax-deductible. If you are a grant maker or would like to learn about other ways to give, including bequests or stocks and bonds, please contact us at development [at] jacobinmag.com.  Donate