Biden Banks on $3.6 Trillion Tax Hike on the Rich and Corporations

The White House is proposing substantial increases in personal income tax rates for those earning about a half-million dollars and higher tax rates on large corporations. Republicans are aghast. 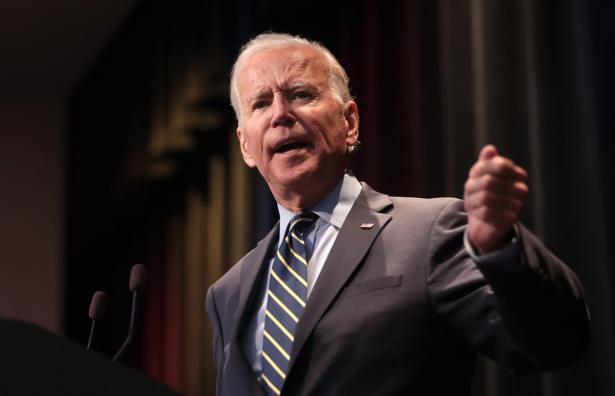 For the wealthiest taxpayers, the proposals would mean higher taxes on their income, the sale of their investments and the transfer of their assets when they die. Starting at the end of 2021, the top individual income tax rate would rise to 39.6 percent from 37 percent, reversing the Trump administration’s tax cuts for the highest income taxpayers. The new rate would apply to income over $509,300 for married couples filing jointly and $452,700 unmarried individuals.

Taxes on capital gains — the proceeds of selling an asset like a stock or a boat — for people earning more than $1 million would be taxed as ordinary income, effectively increasing the rate wealthy individuals pay on that money to 39.6 percent from 20 percent.

Because capital gains income would also still be subject to a 3.8 percent surtax that helps fund the Affordable Care Act, the conservative Tax Foundation estimated that high-earning taxpayers in some states could face tax rates on their capital gains that are above 50 percent, the highest such tax burden in a century.

Corporations would also face a higher income tax rate, 28 percent from the existing 21 percent, as well as a crackdown on profit shifting and the end of tax breaks for energy companies that pollute the environment. A beefed up Internal Revenue Service would be standing watch to ensure that the federal government can afford to chase rich tax cheats.

The tax increases, which by some estimates are the largest in modern history, would be offset by $1.2 trillion of new tax credits and benefits to encourage development of green energy technology and to expand access to low-income housing and child care. The proposals were the most detailed look to date at how the Biden administration would pay for its $4 trillion jobs and infrastructure plans.

Mr. Biden’s tax proposals will almost certainly not be enacted as written by a narrowly divided Congress. Republicans already denouncing the plan could be joined by some moderate Democrats.

Representative Richard E. Neal, Democrat of Massachusetts and the chairman of the tax-writing House Ways and Means Committee, made no mention of any specific tax proposals in his praise of the budget.

“Ways and Means Democrats will consider the administration’s proposals carefully and look forward to working together to achieve our shared goals,” Mr. Neal said in a statement.

“This is truly tax and spend on steroids,” said Douglas Holtz-Eakin, the president of the American Action Forum and former chief economist of President George W. Bush’s Council of Economic Advisers, who added that the average level of taxation over 10 years would be “higher than any 10-year period in modern history.”

Moreover, the change to capital gains taxation would be retroactive to April 2021, preventing a deluge of asset sales before the tax increase became law. A separate proposal that would apply income taxes to unrealized gains for assets transferred at death would take effect on Dec. 31.

“Perhaps the only thing besides a resurgence in the global pandemic that could reverse America’s economic recovery is the administration’s proposed tax increases on employers and investment,” said Neil Bradley, the group’s chief policy officer.

“The tax on capital gains would hit two-thirds of capital investment,” he added. “The tax on corporations would hit 1.4 million small businesses and would impose on America’s largest businesses the highest tax rate in the industrialized world.”A key issue still under consideration at the White House and Treasury Department is how to handle the middle-income tax cuts passed in 2017 that are scheduled to expire in 2025.

Since Mr. Biden has pledged that no Americans earning less than $400,000 a year will have their taxes go up, some Republicans on Friday seized on the indecision as a sign that he would break his promise.

The Treasury’s report also avoided the contentious topic of raising the limit for state and local tax deductions, which were capped at $10,000 under the 2017 tax law. Many House Democrats from high-tax states want the deduction expanded even though critics argue that doing so would benefit the wealthy.

The Biden administration did offer some additional tax relief for low- and middle-income taxpayers, proposing that the Child and Dependent Care Tax Credit that was passed as part of the “American Rescue Plan,” which Mr. Biden signed into law in March, be made permanent. It also proposed extending the recently increased child tax credit through 2025. The White House believes that these provisions would bring a substantial reduction in child poverty.

Corporations would pick up the tab for much of Mr. Biden’s $6 trillion budget proposal.

If the tax policies were enacted, the energy industry would face some of the most significant consequences. Treasury Department officials said that they went through the tax code to eliminate preferential treatment for the fossil fuel industry. In the meantime, the administration provides more than $300 billion of incentives to expand residential energy efficiency and renewable energy.

The administration also proposed a tax credit for homeowners and businesses in areas affected by disasters who take steps to protect their properties against future floods, fires or other catastrophes. The credit would be worth 25 percent of the cost of that work, capped at $5,000.

The proposal reflects the growing toll of disasters, which have become more frequent and severe as average temperatures increase. Money spent to protect homes before a disaster tends to pay for itself many times over through reduced repair costs later, according to research.

The tax credit would cost the government about $400 million a year, the administration estimated. By comparison, the federal government has spent almost a half-trillion dollars on disaster assistance since 2005, the Government Accountability Office reported in 2019.

Congress is not the only obstacle that could impede Mr. Biden’s tax agenda. The proposed 28 percent corporate tax rate would still be lower than the 35 percent rate some businesses paid before the Trump tax cuts, but making that rate work is tied to negotiations on a global minimum corporate tax that is facing some resistance from tax havens like Ireland.

The fragile talks, which could conclude as early as July, are intended to discourage American companies from sending work — and profits — overseas. Treasury Department officials acknowledged that some of the projected revenue they expected to raise was hard to calculate. One mechanism intended to deter erosion of the U.S. tax base was estimated in the budget to yield nearly $400 billion in revenue over a decade, but it would depend on how other countries set their own tax policies.

Treasury Secretary Janet L. Yellen is traveling to London next week for a meeting of the Group of 7 finance ministers. The tax talks are expected to be a top priority.

Countries around the world are closely watching how Mr. Biden’s tax proposals in the United States are being received as they decide whether to sign on to Ms. Yellen’s global minimum tax.

“There is sort of a surprising linkage between their domestic tax policy and their international tax negotiations,” said Lilian V. Faulhaber, a professor at Georgetown University Law Center.

Alan Rappeport is an economic policy reporter at The New York Times, based in Washington. He covers the Treasury Department and writes about taxes, trade and fiscal matters.

Previously, Mr. Rappeport covered the 2016 presidential campaign. He anchored dozens of debate and election night live chats, chased candidates around the campaign trail and dug into the details of their economic proposals. He was also a member of the team that developed and initiated First Draft, a politics newsletter and news feed that was used to drive campaign coverage.

Enjoy unlimited digital access to The Times.
$1/week
You can cancel anytime.
SUBSCRIBE NOW
Are you a student? Get a special rate.