What Is Sovereignty? A Conversation About American Colonialism

Jacqueline Keeler, the author of a new book on standoffs with the government, tells Jason Wilson why the colonial relationship on which the US was founded needs to be renegotiated 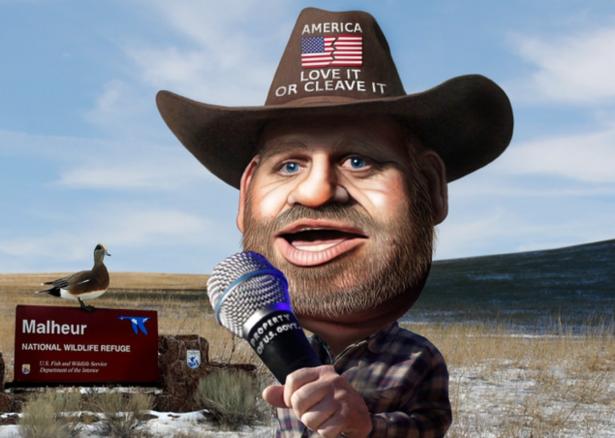 "Ammon Bundy - Caricature" by DonkeyHotey, licensed under CC BY 2.0

In 2014, the writer Jacqueline Keeler started the #notyourmascot hashtag, a social media campaign highlighting the way sports teams use Native Americans mascots to perpetuate racist caricatures. In her current work, she investigates people who are falsely claiming Native ancestry for personal gain – including Susan Taffe Reed, the Native American program director who turned out not to be Native American.

“In all of this, the central issue is our domination by a colonial government,” she says.

In her new book, Standoff, Keeler writes about two occupations during which participants confronted federal and state authorities, but whose motivations and relationships to American history could not have been more different.

During the 2016 occupation of the Malheur national wildlife refuge in Oregon, the Bundy clan asserted their own far-right interpretation of the constitution – which held that the federal government should not own land, and that the county sheriff was the highest office in the land. Keeler took it upon herself to meticulously document the violent ends to which the sovereign citizen movement was willing to go. 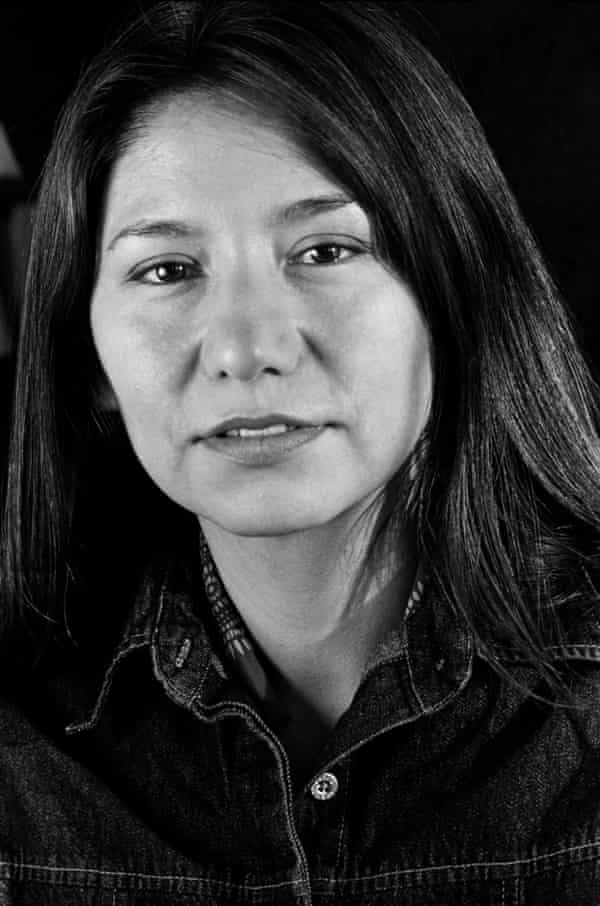 Later that year, Keeler traveled to North Dakota to report on the Dakota Access pipeline, which also pitted protesters and federal and local authorities – albeit in a very different way. The action, led by the Standing Rock Sioux Tribe, highlighted how the pipeline was a threat to their water supply and sacred sites, and a violation of the 1851 treaty of Fort Laramie.

Keeler argues that those two events show the need for the colonial relationship on which the US was founded to be renegotiated. The Guardian spoke to her one morning in downtown Portland.

You’ve talked about the US as a colonial state. Ostensibly, both standoffs were in opposition to the US government. How did each protest differ in its relationship to the federal forces?

The difference is in their origin stories. The Bundys are addressing the colonial state as colonists who are demanding a colonist’s rights. They effectively held themselves hostage as a tactic to use against the government to make it grant them their rights as colonists. We saw similar tactics from various groups during the heyday of the 1990s militia movement.

I was disappointed to see some NGOs who were working with those protesters exorcise the question of treaties from the campaign materials they sent out. They centered environmental issues and climate change, which are important, but the central issue for the members of those nations is their sovereignty.

The Bundys belong to the Mormon church. Can you tell us about the role of Mormonism out west?

Mormonism looms quite large in the book. A lot of the history of the western United States, and not only in Utah, is entangled with Mormonism. I mention the impact it had on my own family and the transmission of culture, after some members of my family on my mother’s side converted to Mormonism, when the family until then had maintained their Diné language and continued practicing their culture.

That shows how even in the late 20th century, the attrition of Native culture was continuing, and perpetuated by the Mormon church and its programs, which included the removal of Indian children.

In the 21st century we don’t appreciate enough that the Bible was central to people’s view of the world, of history, and themselves.

In upstate New York in the 1820s and 1830s, when Joseph Smith founded the Mormon church, there was evidence all around the colonists who had recently moved into the area that the people of the Iroquois federation had lived in that place for a very long time.

It would have been threatening to see a whole world that was not described in the Bible, and they were clearly looking around for ways to explain that. I think that was one impetus for the Second Great Awakening that swept over upstate New York in the early 19th century. That gave birth to new religious movements whose scriptures which effectively added Indians to the Bible as Lamanites – one of the peoples that the Book of Mormon says inhabited the Americas.

Mormonism is a homegrown American religion. But it’s not like an Indigenous relationship with the spirit land. They’re instead trying to keep a European religious framework and somehow marry the two.

How does that connect with the Bundys’ demands about public lands?

I write in the book that “Much of America – and the world at large – is a collection of stories”. The stories we are told about our forebears frame our lives and identities.

Cliven Bundy has a sign in his house that says: “Remember what the name Bundy means.” I looked it up, and one of the associations with that name after the Norman conquest of England was with bound servitude.

The Guardian reported that a large proportion of the land in England is still owned by the descendants of the Norman conquerors. So the landlessness of the English people is part of the story of colonization. They didn’t have the direct relationship to the land that Indigenous people have. Their relationship was moderated by the feudal lord.

Thomas Jefferson talked about yeoman farmer democracy. When he completed the Louisiana Purchase, he declared that there would be enough land for a thousand years of Americans. This was in many ways a revolutionary idea because landlessness was such a part of the experience of English people. But where is that land coming from? It’s Indian land.

You’ve pointed out that a lot of the people who went to stand alongside Indigenous protesters at Standing Rock went on to seek office on progressive platforms. Can you say why that has been so important?

We need to sit down at the table and renegotiate the colonial relationship, and move away from this very exploitative and predatory relationship that we have now.

Leaders in a colonial state, even if they are decent people, are still colonial leaders. But my hope is with the leadership that is coming up – like AOC and Deb Haaland and Stacey Abrams – that we will have colonial leaders we can sit down and talk to and negotiate with, and who can try to educate the American public about the nature of this relationship so that people will see that this is a reasonable thing to do.

There’s a realization, for example, that simply talking about reforming the police isn’t having any impact on the violence being meted out by the police against Black citizens in this country. It’s a structure that we inherited from a white supremacist state.

We’re still running on Democracy 1.0. I mean, other countries have rebuilt their government. We can play whack-a-mole and go after every single pipeline project. But a structure produces these outcomes. To change the outcomes, we need to change the structure itself.

Support the Guardian with a print or digital subscription