The journal’s intrepid book reviewer surveys a mélange of fall 2021 university and scholarly books on human origins and development, finding some surprising commonality in an otherwise often conflictual field. 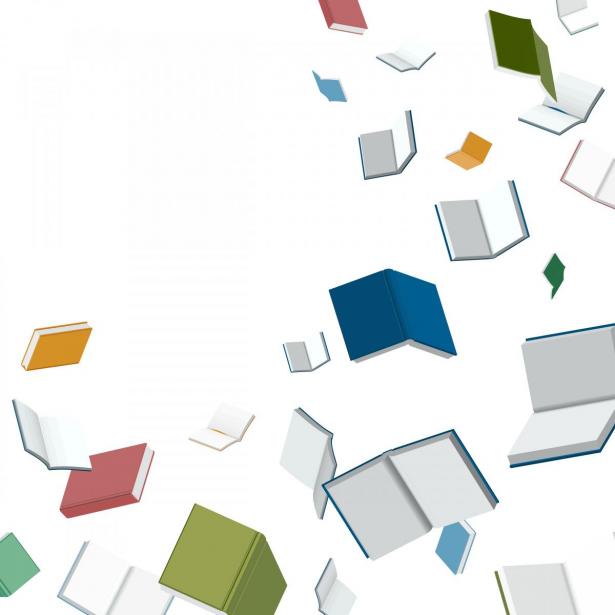 University presses and other scholarly publishers have, for the most part, now finished up work on their fall lists. The catalogs are out, circulating to booksellers, librarians and reviewers. Among the few that haven’t, the ones who responded to my queries indicate theirs will be available sometime before Memorial Day. (It’s quite a contrast to the bottleneck this time a year ago, when it seemed as if half the catalogs carried messages from bedraggled press directors, sheltered in place.)

Going over the late-2021 listings now in hand, I notice that a few titles seem to connect or overlap -- almost as if they were in communication with one another. That could just be a hallucinatory side effect of my second vaccination shot, of course, but judge for yourself. (Passages in quotation marks below are taken from the publishers’ promotional materials, as are the publication dates, which may diverge from information on retail websites.)

Recent documentaries and more-or-less educational cable TV series concerning early human history fall into one of two broad categories, depending on whether or not space aliens are involved. It strikes me as much more imaginatively stimulating (mind-boggling, even) to suppose that life on this planet has developed all by its lonesome.

A really intriguing phase of our career as a species is the focus of Tom Higham’s The World Before Us: The New Science Behind Our Human Origins (Yale University Press, August) -- namely, the period circa 50,000 years ago when Homo sapiens was not alone.

Other forms of human life were around: “There were also Neanderthals in what is now Europe, the Near East, and parts of Eurasia; Hobbits (H. floresiensis) on the island of Flores in Indonesia; Denisovans in Siberia; and H. luzonensis in the Philippines … H. erectus may have survived into the period when our ancestors first moved into Southeast Asia.” (Just to be clear, Homo floresiensis’s nonscientific moniker was inspired by J. R. R. Tolkien, not vice versa.)

Surveying the state of available knowledge about our hominid cousins, the book considers “what contact, if any, these other species might have had with us prior to their extinction.” Among the topics covered is “what can be learned from the genetic links between them and us.” That would seem to imply a certain amount of dating, at very least.

The long-term evolution of human social organization “from the development of agriculture and cities to the emergence of ‘the state,’ political violence, and social inequality” is taken up in The Dawn of Everything: A New History of Humanity (Farrar, Straus and Giroux, October), a posthumous volume by David Graeber written in collaboration with David Wengrow. Graeber’s book Debt: The First 5000 Years was published just a few weeks before the beginning of Occupy Wall Street in 2011. It won an audience for the possibility of an anarchist approach to anthropology from readers who might otherwise never heard of such a thing.

Challenging assumptions that civilization developed through “sacrificing [humanity’s] original freedoms or, alternatively, by taming our baser instincts,” the authors maintain that the emergence of agriculture and early cities “did not mean a plunge into hierarchy and domination.” That raises an interesting question: “What was really happening during the periods that we usually describe as the emergence of ‘the state’?”

Narrowing the focus on human prehistory to a single continent, Robert V. Davis’s The Search for the First Americans: Science, Power, Politics (University of Oklahoma Press, December) shows that “scientists in competing fields have failed to convince one another … much less Native American peoples” with their theories and timeliness regarding human arrival in North America. The familiar idea of a migration via a land bridge in what is today the Bering Strait around 12,000 years ago “hardly represents the scientific consensus, and it has never won many Native adherents.” The author “considers the traditional beliefs of Native Americans about their origins; the struggle for primacy -- or even recognition as science -- between the disciplines of anthropology and archaeology; and the mediating, interacting, and sometimes opposing influences of external authorities such as government agencies, universities, museums, and the press.”

Another disputed question resonating across public space is taken up by Nadine Weidman in Killer Instinct: The Popular Science of Human Nature in Twentieth-Century America (Harvard University Press, October). Did we inherit a genetic predisposition to intraspecies aggression? Or are we instead more inclined by nature to be cooperative and peaceable, like, say, the bonobos, those hippies of the primate world?

The author reconstructs the prominent debates, from the 1960s onward, between those who “drew on the sciences of animal behavior and paleoanthropology to argue that the aggression instinct drove human evolutionary progress” and advocates of “a rival vision of human nature, equally based in biological evidence,” to the contrary. Polarization and polemic escalated as “each side accused the other of holding an extremist position: that behavior was either determined entirely by genes or shaped solely by environment.”

Whether through nature or nurture, Homo sapiens has shown a remarkable capacity to project myths and images of its own potential for mayhem. Imagination and fear are combustible when mixed.

Kevin J. Wetmore Jr. studies a perennial and cross-cultural manifestation of anxiety in Eaters of the Dead: Myths and Realities of Cannibal Monsters (Reaktion, distributed by University of Chicago Press, September). “Moving from myth through history to contemporary popular culture” and taking in “everything from ancient Greek myths of feeding humans to the gods, through sky burial in Tibet and Zoroastrianism, to actual cases of cannibalism in modern societies,” the author “explores the full range of monsters that eat the dead: ghouls, cannibals, wendigos and other beings that feast on human flesh.” The publisher does not indicate whether he discusses QAnon, but Eaters of the Dead might offer a key to its prehistory either way.

Looking into psychology more than cultural history, David Livingstone Smith’s Making Monsters: The Uncanny Power of Dehumanization (Harvard, October) looks at what happens when exterminating the enemy comes to feel both necessary and urgent. The book sounds like a pre-emptive move against “those trading in the politics of demonization and violence.”

The process is in part cognitive. “When we dehumanize our enemy, we hold two incongruous beliefs at the same time: we believe our enemy is at once subhuman and fully human,” which “transforms them into something so terrifying that they must be destroyed.” The author “explores the relationship between dehumanization and racism, the psychology of hierarchy, [and] what it means to regard others as human beings.”

The latter topic may be the implicit concern of all these books. It merits as much attention as possible. The capacity to regard others as human beings needs regular cultivation, and it doesn’t grow otherwise.

[Essayist Scott McLemee is the Intellectual Affairs columnist for Inside Higher Ed. In 2008, he began a three-year term on the board of directors of the National Book Critics Circle. From 1995 until 2001, he was contributing editor for Lingua Franca. Between 2001 and 2005, he covered scholarship in the humanities as senior writer at The Chronicle of Higher Education. In 2005, he helped start the online news journal Inside Higher Ed, where he serves as Essayist at Large, writing a weekly column called Intellectual Affairs. His reviews, essays, and interviews have appeared in The New York Times, The Washington Post, The Boston Globe, The Nation, Newsday, Bookforum, The Common Review, and numerous other publications. In 2004, he received the Nona Balakian Citation for Excellence in Reviewing from the National Book Critics Circle. He has given papers or been an invited speaker at meetings of the American Political Science Association, the Cultural Studies Association, the Modern Language Association, and the Organization of American Historians.   To reach Scott, click here.]