Lizzie Borden’s restored and rereleased radical feminist movie is as scrappy and smart as it was in 1983. It's a fantasy about how 10 years after peaceful revolution a supposedly socialist state rules. 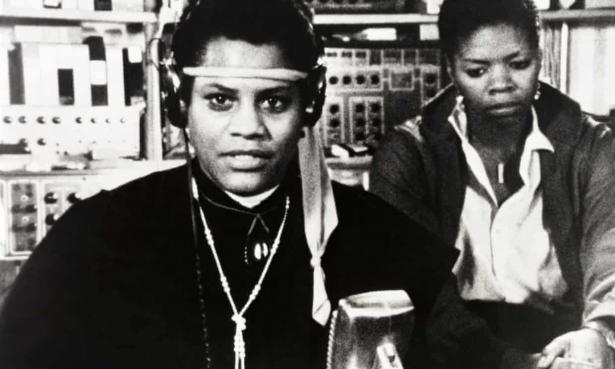 Here is the1983 zero-budget underground movie from radical feminist director Lizzie Borden (who was born Linda Borden and took the name of the famous “40 whacks” woman) now on rerelease after a recent restoration.

One factor that may have kept this film long under the radar is its quite extraordinary climax in which a revolutionary bomb blows up one of New York’s World Trade Center towers – a low-budget but remarkably potent and dreamlike special effect just before the closing credits. And the scene in which this bomb is planted, with someone making her way up to the top floor, creeping through a service door and leaving a suspicious suitcase in a dark empty area full of wires, shows every sign of guerrilla-filming without permission in the place itself.The setting is an alternative-reality New York of the present day (which is to say, the early 80s), 10 years after a peaceful revolution has supposedly introduced a socialist state. But the resulting government, dominated by a single party with frowningly earnest male apparatchiks supervising “workfare” schemes and officially approved feminist theoretical journals, is indistinguishable in its conformism from Reagan’s America; Borden is filming on the real New York streets, also using real news footage of real demos and real police violence. The premise is a rather elegant and sophisticated joke and Born in Flames is comparable to Peter Watkins’s Punishment Park or Godard’s Alphaville.

The star is nonprofessional Jeanne Satterfield, a former high-school basketball star who, after this film, became a drug counsellor. She plays Adelaide, a radical “Women’s Army” activist, reclaiming the streets from rapists and the state from patriarchy; she is at odds with the kowtowing collaborationist feminist journalists, two of whom are played by film-maker Pat Murphy (whose feature Maeve is incidentally also rereleased this week) and a young Kathryn Bigelow. Adelaide is mentored by veteran radical Zella Wylie, played by the civil rights advocate Florynce Kennedy. The action culminates in an armed raid on a TV news station, and a young Eric Bogosian plays one of the flabbergasted directors held at gunpoint.

BORN IN FLAMES - TRAILER from First Run Features on Vimeo.

The anarchic spirit of agitprop pulses from this scrappy, smart, subversive film. Borden went on to make Working Girls – about sex work – which is also being prepared for rerelease.

Born in Flames is released on 12 May on Mubi.