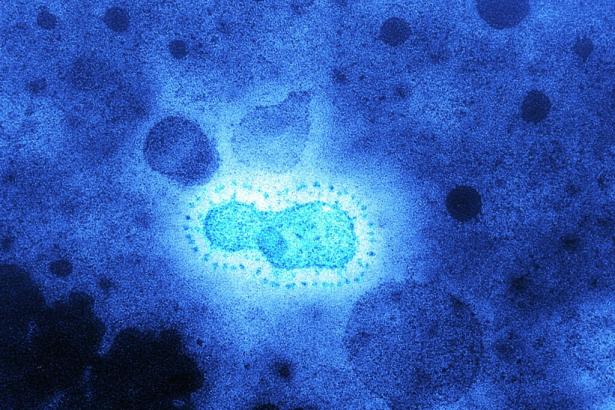 Researchers have found evidence that a coronavirus epidemic swept East Asia some 20,000 years ago and was devastating enough to leave an evolutionary imprint on the DNA of people alive today.

The new study suggests that an ancient coronavirus plagued the region for many years, researchers say. The finding could have dire implications for the Covid-19 pandemic if it’s not brought under control soon through vaccination.

“It should make us worry,” said David Enard, an evolutionary biologist at the University of Arizona who led the study, which was published on Thursday in the journal Current Biology. “What is going on right now might be going on for generations and generations.”

Until now, researchers could not look back very far into the history of this family of pathogens. Over the past 20 years, three coronaviruses have adapted to infect humans and cause severe respiratory disease: Covid-19, SARS and MERS. Studies on each of these coronaviruses indicate that they jumped into our species from bats or other mammals.

Four other coronaviruses can also infect people, but they usually cause only mild colds. Scientists did not directly observe these coronaviruses becoming human pathogens, so they have relied on indirect clues to estimate when the jumps happened. Coronaviruses gain new mutations at a roughly regular rate, and so comparing their genetic variation makes it possible to determine when they diverged from a common ancestor.

The most recent of these mild coronaviruses, called HCoV-HKU1, crossed the species barrier in the 1950s. The oldest, called HCoV-NL63, may date back as far as 820 years.

But before that point, the coronavirus trail went cold — until Dr. Enard and his colleagues applied a new method to the search. Instead of looking at the genes of the coronaviruses, the researchers looked at the effects on the DNA of their human hosts.

Over generations, viruses drive enormous amounts of change in the human genome. A mutation that protects against a viral infection may well mean the difference between life and death, and it will be passed down to offspring. A lifesaving mutation, for example, might allow people to chop apart a virus’s proteins.

But viruses can evolve, too. Their proteins can change shape to overcome a host’s defenses. And those changes might spur the host to evolve even more counteroffensives, leading to more mutations.

When a random new mutation happens to provide resistance to a virus, it can swiftly become more common from one generation to the next. And other versions of that gene, in turn, become rarer. So if one version of a gene dominates all others in large groups of people, scientists know that is most likely a signature of rapid evolution in the past.

In recent years, Dr. Enard and his colleagues have searched the human genome for these patterns of genetic variation in order to reconstruct the history of an array of viruses. When the pandemic struck, he wondered whether ancient coronaviruses had left a distinctive mark of their own.

He and his colleagues compared the DNA of thousands of people across 26 different populations around the world, looking at a combination of genes known to be crucial for coronaviruses but not other kinds of pathogens. In East Asian populations, the scientists found that 42 of these genes had a dominant version. That was a strong signal that people in East Asia had adapted to an ancient coronavirus.

But whatever happened in East Asia seemed to have been limited to that region. “When we compared them to populations around the world, we couldn’t find the signal,” said Yassine Souilmi, a postdoctoral researcher at the University of Adelaide in Australia and a co-author of the new study.

The scientists then tried to estimate how long ago East Asians had adapted to a coronavirus. They took advantage of the fact that once a dominant version of a gene starts being passed down through the generations, it can gain harmless random mutations. As more time passes, more of those mutations accumulate.

Dr. Enard and his colleagues found that the 42 genes all had about the same number of mutations. That meant that they had all rapidly evolved at about the same time. “This is a signal we should absolutely not expect by chance,” Dr. Enard said.

They estimated that all of those genes evolved their antiviral mutations sometime between 20,000 and 25,000 years ago, most likely over the course of a few centuries. It’s a surprising finding, since East Asians at the time were not living in dense communities but instead formed small bands of hunter-gatherers.

Aida Andres, an evolutionary geneticist at the University College London who was not involved in the new study, said she found the work compelling. “I’m quite convinced there’s something there,” she said.

Still, she didn’t think it was possible yet to make a firm estimate of how long ago the ancient epidemic took place. “The timing is a complicated thing,” she said. “Whether that happened a few thousand years before or after — I personally think it’s something that we cannot be as confident of.”

Scientists looking for drugs to fight the new coronavirus might want to scrutinize the 42 genes that evolved in response to the ancient epidemic, Dr. Souilmi said. “It’s actually pointing us to molecular knobs to adjust the immune response to the virus,” he said.

Dr. Anders agreed, saying that the genes identified in the new study should get special attention as targets for drugs. “You know that they’re important,” she said. “That’s the nice thing about evolution.”

Get the best of The New York Times in your inbox. Our newsletters are free, and you can unsubscribe at any time.