Life’s Edge by Carl Zimmer Review – What Does it Mean to Be Alive?

August 29, 2021 PD Smith The Guardian
Printer friendly
Life’s Edge by Carl Zimmer Review – What Does it Mean to Be Alive? Published August 29, 2021 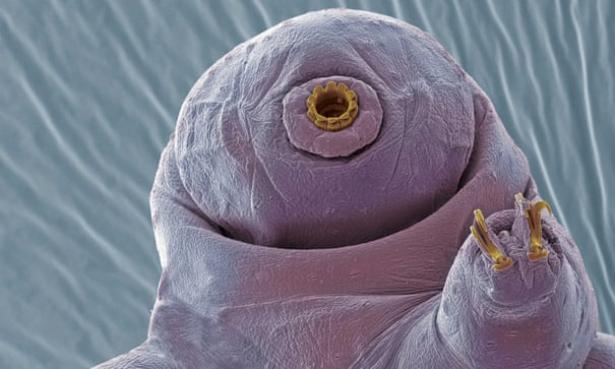 A scanning electron micrograph of a tardigrade, which can exist in a cryptobiosis state between life and death. ,Science Photo Library/Alamy

At a medical research laboratory in California, Alysson Muotri has used chemistry to change skin cells into neurons, which have multiplied to form “organoids” – globes of interconnected brain cells. The organoids can expand to hundreds of thousands of cells, live for years, and even produce detectable patterns of brain waves, like those of premature babies. “The most incredible thing is that they build themselves,” says Muotri. He even wonders whether they could one day become conscious.

Such unsettling scientific creations, unknown even 10 years ago, challenge our ideas about life, raising questions for bioethicists and philosophers. As the American science writer Carl Zimmer writes: “Brain organoids are troubling because we feel in our bones that making sense of life should be easy. These clusters of neurons prove that it’s not.”

In this subtle and profound meditation on the science of life, filled with memorable insights into the past and future of biology, Zimmer reveals the extraordinary complexity and diversity of life, as well as the ingenious attempts of scientists to probe its origins and how it may have evolved on other worlds.

Descartes thought life was explained by matter in motion: animals were just complicated clockwork mechanisms. Others disagreed, arguing that life was distinguished by a “vital force”. Charles Darwin’s grandfather, Erasmus Darwin, anticipated evolution by suggesting that this force was passed down from one generation to the next, changing over time to produce different forms. This helped inspire one of the most famous and disturbing fictions about the nature of life – Mary Shelley’s Frankenstein (1818). Victor Frankenstein, the scientist in the novel who reanimates a stitched-together corpse, is obsessed with the question: “Whence, I often asked myself, did the principle of life proceed?”

Our brains are very good at spotting signs of life, recognising complex movements and trying to read intentions into them. There are also widely accepted “hallmarks” of life. They include metabolism (the living alchemy by which food is turned into energy), information gathering, homeostasis (how an organism preserves within itself the conditions of life), reproduction and evolution. 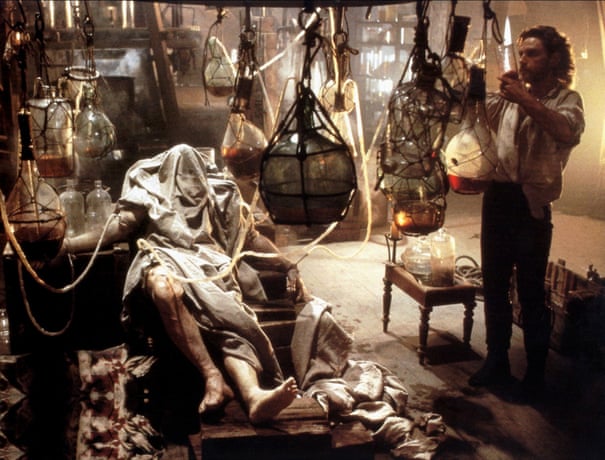 The nature of life … Kenneth Branagh as Victor Frankenstein in the 1994 film adaptation. Photograph: Tristar Pictures/Allstar

But what about those things that dwell at “life’s edge” and test the limits of our definitions? Mosses can survive desiccation. One that had been dried out and frozen in a glacier was revived after 600 years. Other creatures can, too: “If you pour water on someone who has just died from dehydration, they will not sit up. But if you pour water on a dried-out tardigrade, in a matter of minutes it becomes a moving, feeding, reproducing animal.” Known as “cryptobiosis”, this is a third state, between life and death.

There are more viruses in a litre of seawater than there are in human beings. But are they alive? They certainly evolve like other forms of life, as we see from the new variants of Covid-19 that are constantly emerging. But many scientists say that, strictly speaking, they are not alive, as they need another creature’s cells to multiply. According to Zimmer, they “straddle life’s edge”.

Carol Cleland, a philosopher who has worked with Nasa’s Astrobiology Institute, tells Zimmer that the search for a definition of life is pointless. Definitions serve to organise concepts. But life is not the sort of thing that can be defined simply by linking concepts: “We don’t want to know what the word life means to us,” she says. “We want to know what life is.”

Instead, she argues, scientists should be working towards a theory that explains life; non-scientists may be surprised that one doesn’t exist already.

One new theory explains life as a special way of putting things together. It’s called “assembly theory”, and essentially it calculates the number of steps it takes to build something. A simple molecule may need just a single step to form from atoms, but a living organism needs far more: materials made by living things need more than 15 steps – they are exquisitely complex. This may reveal a distinction between random chemistry and living things: “Life is a state of matter that can spontaneously make things with a lot of assembly steps.”

One of the originators of this theory of life is a chemist, Lee Cronin, who has devised an ingenious experiment to demonstrate assembly theory at Glasgow University. He has built a robot that can carry out thousands of experiments mixing various chemicals in a petri dish: the raw materials, he hopes, for creating life.

He calls it the DropFactory. The robot is “programmed with curiosity” and learns from the experiments, creating droplets in petri dishes: “these lifelike droplets, these skittering blobs of active matter, are not life. But they could be a dry run for making it.”

The idea is that some of the droplets will spark complex reactions, creating new compounds that can store information – a condition of life. Cronin’s droplets may even, one day, be declared alive. “I’m pretty sure we will crack the origin-of-life problem in the next few years,” he says. “But then everyone will go: ‘Oh, that was easy.’”

PD Smith is the author of four non-fiction books, the most recent being City: A Guidebook for the Urban Age, and is currently writing his fifth, on crime and the city. He has a blog and spends far too much time on Twitter.

The Guardian has a small favour to ask. Tens of millions have placed their trust in the Guardian’s high-impact journalism since we started publishing 200 years ago, turning to us in moments of crisis, uncertainty, solidarity and hope. More than 1.5 million readers, from 180 countries, have recently taken the step to support us financially – keeping us open to all, and fiercely independent.

If there were ever a time to join us, it is now. Every contribution, however big or small, powers our journalism and sustains our future. Support the Guardian from as little as $1 – and it only takes a minute. Thank you.