America’s longest war has been by any measure a costly failure, and the errors in managing the conflict deserve scrutiny in the years to come. But Joe Biden doesn’t “own” the mayhem on the ground right now. 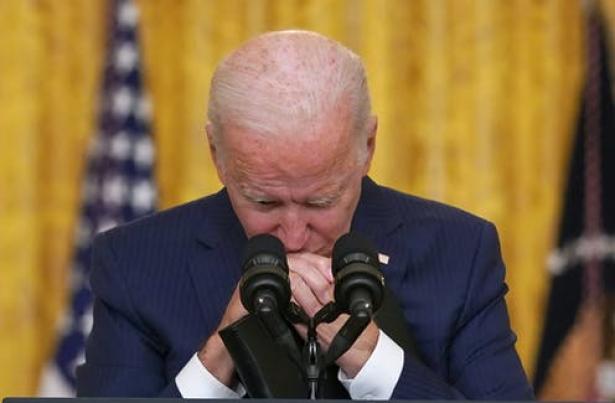 What we’re seeing is the culmination of 20 years of bad decisions by U.S. political and military leaders. If anything, Americans should feel proud of what the U.S. government and military have accomplished in these past two weeks. President Biden deserves credit, not blame.

Unlike his three immediate predecessors in the Oval Office, all of whom also came to see the futility of the Afghan operation, Biden alone had the political courage to fully end America’s involvement. Although Donald Trump made a plan to end the war, he set a departure date that fell after the end of his first term and created conditions that made the situation Biden inherited more precarious. And despite significant pressure and obstacles, Biden has overseen a military and government that have managed, since the announcement of America’s withdrawal, one of the most extraordinary logistical feats in their recent history. By the time the last American plane lifts off from Hamid Karzai International Airport on August 31, the total number of Americans and Afghan allies extricated from the country may exceed 120,000.

In the days following the fall of Kabul earlier this month—an event that triggered a period of chaos, fear, and grief—critics castigated the Biden administration for its failure to properly coordinate the departure of the last Americans and allies from the country. The White House was indeed surprised by how quickly the Taliban took control, and those early days could have been handled better. But the critics argued that more planning both would have been able to stop the Taliban victory and might have made America’s departure somehow tidier, more like a win or perhaps even a draw. The chaos, many said, was symptomatic of a bigger error. They argued that the United States should stay in Afghanistan, that the cost of remaining was worth the benefits a small force might bring.

They all conveniently forgot that they were responsible for some of America’s biggest errors in this war and instead were incandescently self-righteous in their invective against the Biden administration. Never mind the fact that the Taliban had been gaining ground since it resumed its military campaign in 2004 and, according to U.S. estimates even four years ago, controlled or contested about a third of Afghanistan. Never mind that the previous administration’s deal with the Taliban included the release of 5,000 fighters from prison and favored an even earlier departure date than the one that Biden embraced. Never mind that Trump had drawn down U.S. troop levels from about 13,000 to 2,500 during his last year in office and had failed to repatriate America’s equipment on the ground. Never mind the delay caused by Trump and his adviser Stephen Miller’s active obstruction of special visas for Afghans who helped us.

Despite the criticism, Biden, who had argued unsuccessfully when he was Barack Obama’s vice president to seriously reduce America’s presence in Afghanistan, remained resolute. Rather than view the heartbreaking scenes in Afghanistan in a political light as his opponents did, Biden effectively said, “Politics be damned—we’re going to do what’s right” and ordered his team to stick with the deadline and find a way to make the best of the difficult situation in Kabul.

The Biden administration nimbly adapted its plans, ramping up the airlift and sending additional troops into the country to aid crisis teams and to enhance security. Around-the-clock flights came into and went out of Afghanistan. Giant cargo planes departed, a number of them packed with as many as 600 occupants. Senior administration officials convened regular meetings with U.S. allies to find destinations for those planes to land and places for the refugees to stay. The State Department tracked down Americans in the country, as well as Afghans who had worked with the U.S., to arrange their passage to the airport. The Special Immigrant Visa program that the Trump administration had slowed down was kicked into high gear. Despite years of fighting, the administration and the military spoke with the Taliban many times to coordinate passage of those seeking to depart to the airport, to mitigate risks as best as possible, to discuss their shared interest in meeting the August 31 deadline.

The process was relentless and imperfect and, as we all have seen in the most horrific way, not without huge risks for those staying behind to help. On August 26, a suicide bomber associated with ISIS-K killed more than 150 Afghans and 13 American service members who were gathered outside the airport. However, even that heinous act didn’t deter the military. In a 24-hour period from Thursday to Friday, 12,500 people were airlifted out of the country and the president recommitted to meeting the August 31 deadline. And he did so even as his critics again sought to capitalize on tragedy for their own political gain: Republicans called for the impeachment of Biden and of Secretary of State Antony Blinken.

Within hours of the attack at the airport, America struck back, killing two terrorists and injuring another with a missile launched from a drone. A separate drone strike targeted a vehicle full of explosives on Sunday. In doing so, Biden countered the argument that America might lack the intelligence or military resources we would need to defend ourselves against violent extremists now that our troops are leaving.

The very last chapter of America’s benighted stay in Afghanistan should be seen as one of accomplishment on the part of the military and its civilian leadership. Once again the courage and unique capabilities of the U.S. armed services have been made clear.  And, in a stark change from recent years, an American leader has done the hard thing, the right thing: set aside politics and put both America’s interests and values first.

[David Rothkopf is an author, a commentator, a former senior government official, and the host of the Deep State Radio podcast.]