Universal Housing Vouchers: A Promise or a Pipe Dream?

President Biden promised to expand the Housing Choice Voucher program so that everyone who qualifies for a voucher gets one. What exactly would that change entail, and how long could it be before we see it happen? 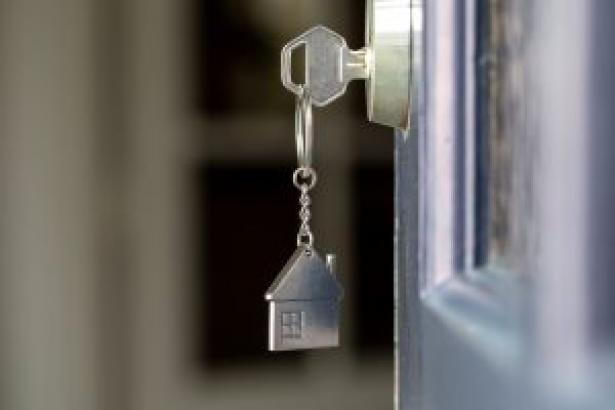 Once again, the clock is ticking as states scramble to distribute billions in federal emergency rent relief to stress-weary, increasingly panicked tenants and landlords before the national eviction moratorium expires. If the money doesn’t get out in time, a rush of evictions and foreclosures could be in store this fall.

Would the nation be in such a precarious predicament if everyone who qualified for a housing voucher got one?

Over the last year and a half, tenants who receive income-dependent rental assistance—like housing vouchers—had their rent responsibility reduced when their incomes fell, and their landlords were still paid. But housing vouchers’ eviction-preventing effects were limited to households lucky enough to get a voucher, since the underfunded Housing Choice Voucher program reaches just one in five households that qualify.

There are more than 8 million families that qualify for a voucher but can’t get one.

Had the voucher program been adequately funded before the pandemic ravaged the jobs sector, not only would thousands of tenants have likely remained housed, landlords would have pocketed guaranteed income from unemployed or underemployed renters, allowing property owners to keep current on their mortgages, pay local property taxes that support essential services, and even pay their own employees.

Fixing the mismatch between funding and need has long been on housing advocates’ agendas. Surprisingly—and at least in part thanks to the existing-but-pandemic-exacerbated nationwide housing affordability crisis—fully funding the voucher program has gained mainstream support, and was even one of President Joe Biden’s housing goals when he campaigned for office.

What would it mean to fund the housing voucher program so that it covers every eligible applicant? And when, if ever, might that happen?

To make the Housing Choice Voucher program, better known as Section 8, “universal,” Congress would need to fund it with enough money to issue a voucher to anyone who meets the income requirements. To do this, the program—currently funded at the whims of Congress each year—would need to be made into an entitlement (where eligible recipients automatically receive the benefit). SNAP, Medicaid, Medicare, and Social Security Disability all function this way; housing assistance does not.

Turning Section 8 into an entitlement isn’t a new idea, though it’s one that’s been historically unpopular with conservatives, at least in part because it’s expensive: Post-pandemic predictions put the cost at almost $100 billion each year.

“It’s going to take a significant number of resources to scale up this program,” says Shantae Goodloe, spokesperson for the U.S. Department of Housing and Urban Development (HUD).

Katherine O’Regan, faculty director of the New York University’s Furman Center for Real Estate and Urban Policy, agrees. “Distinct from the dollar figure you have to think about the way we fund it,” says O’Regan, who served as President Barack Obama’s assistant secretary for policy development and research at HUD. “HUD’s budget comes out of the discretionary side of the budget. So we will have to finance this differently.”

To do that, a portion of HUD’s budget would need to “come out of the mandated side of the budget, the way SNAP and Medicaid do,” says O’Regan.

As it stands, the Section 8 program gets about $24 billion each year from Congress and provides housing vouchers to approximately 2.3 million households. In June, HUD issued $1.1 billion worth of Emergency Housing Vouchers meant to keep an additional 70,000 renters housed at least until 2030. Another 125,000 vouchers could be in the pipeline if Congress lets them remain in the proposed fiscal year 2022 HUD budget.

HUD distributes federal money to local public housing agencies (PHAs), which administer their area voucher programs. Renters who earn no more than 80 percent of area median income (AMI) for their household size can receive Section 8 help, according to federal rules, but PHAs generally set eligibility at 50 percent of AMI or less (considered “very low income”). Additionally, PHAs are statutorily required to give 75 percent of their total voucher allocation to applicants whose incomes are 30 percent or less than AMI (considered “extremely low income”).

Households that receive a voucher are free to look for housing anywhere in the private market, as long as the landlord accepts it. These households pay 30 percent of their income toward their unit’s rent, while their PHA pays the difference via subsidy, up to what is considered fair market rent (FMR). (If the rent is more than FMR, the tenant makes up the difference.)

Because the Section 8 budget is chronically shorted by Congress, 8.2 million households meet the income requirements but can’t get a voucher. Many qualifying applicants languish for years on waiting lists or are turned down altogether, told their local PHA isn’t accepting new applicants because the waiting list is too long. Making Section 8 vouchers universal—presuming eligibility standards stayed the same—would at least provide housing protections for those 8.2 million eligible renters who can’t get a voucher. Without help, those families must decide which bills to pay and which to let stack up. Struggling renters skimp on buying necessities like food, personal hygiene products, and transportation.

The extra stress of living in poverty decreases one’s decision-making abilities, coping skills, and emotional well-being, and those choices can be nearly impossible to make. Take, for example, a single mother of one child who lives in Kansas City, Missouri, earns minimum wage ($10.30), and is working full time. Her gross monthly earnings would be $1,785, making her family “extremely low income” by her county’s FMR standards and therefore eligible for a housing voucher. The MIT Living Wage Calculator for her area estimates she needs $1,510.50 each month for basic non-housing-related expenses (food, childcare, medical coverage, and transportation). That means this employed single mom has just $274.50 to spend on rent after her monthly expenses. Fair Market Rent puts a two-bedroom apartment in Kansas City at $978 per month, leaving her short by more than $700 every month, even with a full-time job.

“The rents that we pay today are based on whatever the market will allow. And what the market has allowed is 10-plus years of exponential rent hikes that have completely changed the face of housing, not just in cities, but in suburbs and rural communities and small towns, as well,” says Tara Raghuveer, director of tenants’ rights at KC Tenants, in Kansas City. “We need to actually get serious about the ways in which we need to meet the needs of people instead of consistently putting profits before people’s lives.”

So could a universal voucher program happen?

President Biden campaigned on several bold promises to address the nation’s affordable housing crisis, including earmarking billions to develop and rehab affordable housing stock, revamp exclusionary zoning laws, and strengthen fair housing and anti-discrimination laws. Those are ambitious goals, but fully funding the Housing Voucher Choice program was perhaps his loftiest, with a February 2020 campaign proposal that “guarantees Section 8 Housing Choice Vouchers to every eligible household so these households will not have to pay more than 30 percent of their incomes on rent and utilities.”

The administration has a lot on its plate, including doling out billions in unpaid rent relief and defining and repairing the nation’s crumbling infrastructure. While housing is one of Biden’s top priorities, Republican opposition and pushback from moderate Democrats means expanding Section 8 at all isn’t a sure thing in the short term, and universalizing vouchers is a long way off.

The administration’s 2022 discretionary funding request to Congress was a full 8 million families short of Biden’s campaign promise. And even that request was reduced. In late July the House Appropriations Committee approved its FY 2022 spending bill, which included funding for 125,000 additional vouchers, 75,000 less than the administration requested.

“It’s a substantial amount of vouchers, but it’s only a small fraction of what’s needed and it’s just a one-year investment,” says Will Fischer, senior director for housing policy and research at the Center on Budget and Policy Priorities.

There’s also concern among advocates that the provision will get squashed in the Senate, where it will need 10 Republican votes to pass.

Butler’s talking about the resolution Senate Democrats pushed through on Aug. 10 for Biden’s massive $3.5 trillion infrastructure spending plans, which asks for as much as $332 billion for housing—the largest federal investment in housing since the 1990s. But the plan didn’t address fully funding the voucher program, and it’s unknown whether additional vouchers will make it onto the final bill. The Committee on Banking, Housing, and Urban Affairs will iron out spending details when the Senate reconvenes after summer recess. Once committees hash out money matters, the final bill will be considered during “reconciliation,” a process that allows budget bills to pass with a simple majority—meaning all Senate Democrats have to stay on board to move it forward.

“What’s going to be important is that this upcoming recovery legislation include a multi-year voucher expansion that scales up to meet a larger portion of the need,” says Fischer.

There is a bill that proposes an expansion of the Housing Choice Voucher program over an eight-year period, but Fischer says it probably won’t advance during the current legislative session.

The Ending Homelessness Act of 2021 (H.R. 4496), introduced by Rep. Maxine Waters in July (and similar to a resolution she proposed in 2019), would transform the voucher program into an entitlement. The bill has 60 or so Democratic co-sponsors and Butler says there’s been growing support for the proposal. “The pandemic has underscored just how critical housing is to health, and more policymakers are recognizing that the lack of a housing safety net made the pandemic worse,” Butler says.

Not a “Universal” Fix

Right now, universalizing housing vouchers is one of the most powerful tools we have to combat poverty, but making vouchers available to everyone who’s eligible isn’t a universal solution. The nation needs more affordable housing. Numerous studies have shown there aren’t enough voucher-eligible, affordable units available.

“There are housing markets where even if everyone who was eligible had a voucher, where are they going to use those vouchers?” says Andrew Aurand, vice president for research at the NLIHC. “We need to preserve that housing that’s at fair market rent or below so it’s available to the voucher holders, and we need to invest in our housing programs to a greater extent.”

But also, the current housing affordability crisis has made market-rate rent unaffordable for even non-minimum wage workers. Today, the average full-time employee must earn almost $25 an hour to afford a modest, two-bedroom rental. Conventional affordability indicators state that anyone spending more than 30 percent of their income on housing is considered “cost burdened.” Under those standards, America had 20.4 million cost-burdened renters in 2019, with Black and Brown households disproportionately represented in that statistic.

It’s possible, though hardly a sure thing, that money in the $3.5 trillion infrastructure proposal would be used to increase the affordable housing stock. But other changes, such as adjusting Fair Market Rent or creating a federal tenants’ bill of rights, would be needed to realize the full promise of universal vouchers. We’ll be exploring those needed changes further in a future Shelterforce piece. In the meantime, housing advocates keep pushing for an overhaul of the way we house humans.

“We live in the richest country in the history of the world, and we can and we must guarantee that everyone has a home,” Raghuveer says. “Of course, that’s a simple idea on one hand, but it’s hugely complicated by what we like to call a ‘conspiracy of the profiteers’ that has limited our public and political imagination about what is actually possible.”

Shelby R. King is Shelterforce's investigative reporter. She began her reporting career in 2010 covering cops/public safety and has been writing about housing and community development since 2014.
Subscribe to Portside