Left Labor Project, a New York City collective of labor activists , recently decided to dissolve after months of declining activity. We didn’t want to just disappear without sharing our experience and views with the broader community of organizers. 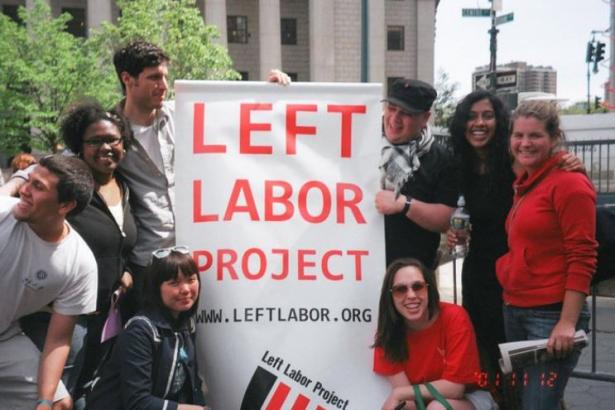 Left Labor Project was formed in 2008 by activists in New York City unions, with the goal of influencing the broad labor movement to the left. It brought together folks who had been deeply involved in labor, and other social movements as well. It was socialist, but inclusive of people from different groups and tendencies on the left. It was diverse, and included members of a variety of unions. No unions had official affiliation to LLP, however.

There were several features of LLP that distinguished it on the left and in the labor movement. It was mostly older activists, at a time before Occupy and the second coming of DSA as a predominantly under-40 group, but it sought to expand broadly via phone outreach and email. And it was a deliberate attempt to bring together members of socialist groups which have historically run on parallel, but not convergent paths. These included, at different times, Committees of Correspondence for Socialism and Democracy (CCDS), Freedom Road Socialist Organization (FRSO, now Liberation Road), DSA, the Communist Party (CPUSA), and Solidarity, but the majority of members were unaffiliated. For the first time in many members’ experience, the activity as members of different tendencies was open, yet did not manifest as factionalism or sectarian beefing.

LLP was designed to bring out left politics within the broader labor movement, top and bottom (including staff and retirees), rather than try to upturn relations within locals, regions or internationals. We accomplished this through political forums, solidarity work with strikes, and a major effort to revive May Day as a day recognized by, and inclusive of, New York City’s most important unions, rooted in fierce struggles for a century.

The idea was hatched in the context of a labor scene that was trying to break out of political ruts and opening to work with other social movements. Activists saw this beginning in the Central Labor Council, and in ongoing work by the Coalition of Black Trade Unionists and the Labor Council for Latin American Advancement (LCLAA). The motion was developing further through Working Families Party and community groups like New York Communities for Change and Make the Road.

The founders decided on a set of principles to frame the political direction of LLP:

The significance of May Day in the 21st century

The May Day rallies and marches were a highlight of labor activity in the last century. More than a day to honor labor, it celebrated struggles over concrete demands and emphasized labor internationalism, “Workers of the world, unite!”

When LLP began, May Day celebrations had for years been confined to gatherings of small leftist groups. But the day still had meaning for masses of workers in Central and South America. As anti-immigrant hate began to resurface in politics, immigrant workers looked to allies, documented and undocumented, to use the day to take a stand for their rights.

Then in 2006, nationwide, the immigrant rights movement reclaimed May Day with huge rallies. In NYC the rally encompassed the area around City Hall Park. Immigrant communities were on the move, with support from various unions.

In the years after, LLP undertook the reestablishment of May Day as a non-sectarian labor/immigrant rights event. LLP, with LACLAA as a primary partner, convened a first meeting of 15-20 people who agreed it was possible, and also agreed to go back to their unions and community organizations to discuss it.

The response and the results were positive. In the next years, 50+ organizations participated in the annual events. The NYC Central Labor Council endorsed and took part in mobilizing, as well as Professional Staff Congress (AFT], Laborers International Union (LIUNA), Communication Workers of America 1180, Transit Workers Union 100, SEIU 1199, SEIU 32BJ, and many more. Without the whole weight of the movement that goes into the less issue-oriented Labor Day, the coalition’s reach was significant. The rallies varied in size. The most successful were in the 5-10,000 range. In 2011, The coalition responded to Occupy Wall Street with a crowd of some 35,000.

Irregular forums attracted a cross-section of leftist labor activists. All our public and working meetings were held in a variety of union halls. In each case LLP would double up with a union, meeting in a hall or official discussion room. Some forums focused on unfolding political events, particularly elections and political lessons of the W and Obama years. (One flier we produced prematurely depicted Trump as the symbol of capitalism!) We hosted labor educator Bill Fletcher Jr on more than one occasion, and had the honor to present Angela Davis and Harry Belafonte in one stellar event.

Other forums focused on labor, bringing together panels of reps from various locals. We had international events to examine developments in Venezuela and Honduras, and heard from the late UK transit workers’ leader, Bob Crow. We conducted a groundbreaking discussion of leaders from public and private sector unions, and how contradictions developed through the years between these two crucial workplace battlefields.

We were particularly proud to present to an audience of a range of workers in NYC, the late Karen Lewis, beloved president of the Chicago Teachers Union, herself an open socialist. The event was co-sponsored by the United Federation of Teachers.

Our ability to interact with a range of unions, besides many of our members being recognized lifers in the movement, came from our commitment to non-interference in the internal affairs of any group. That commitment reflected our recognizing and respecting the organizational integrity and independence of unions our members were part of.

From the start, we recognized the need for communication in the labor movement across a variety of dividing lines. This could take the form of debate, or sharing information, or just plain connecting. We believe this work needs to continue, to bridge the many fractures that keep the movement from moving as one - different histories, geography, the changing economy, political orientations, and distance between staff and electeds, and rank and file. There is no magic formula that will transform us, just patient, ongoing efforts in an uphill fight.

Sectarianism has often created barriers between the political left and unions, however progressive the positions union leaders and members actually stood for. The history is complicated, but LLP members tried to bridge artificial divisions for the sake of our common goals.

In our last active years as a collective, we took part in Occupy, and unofficially helped the Bernie Sanders campaigns. Occupy did not arrive with a strong identification with labor. Both the anti-neoliberal furies in Zuccotti Park and the city’s unions were surprised to find they were closer than they thought. LLP helped send the message that Occupy was a serious movement against common enemies - Wall Street and the 1%. We took up the demand: Jobs for all, tax the 1%!

The appearance of the 2016 Sanders campaign was a challenge for the left, including LLP. We always respected Sanders, and recognized that his popularity marked a sea change. But we also knew that labor was not going to rally to his candidacy. There would be a coalescence of forces once the Democratic primaries were decided, and the post-Obama era was expected to bring a continuation of Obama’s policies, but exactly what lay ahead turned in a different direction.

The Trump years saw a resurgence of mass demonstrations and the sudden growth of DSA. The DSA LLP had known and interacted with was eclipsed by a new generation, and the question of how to interact with this development confronted LLP. There was interest and overtures were made, but the LLP - leaders and members - were mostly aging out. At least one active member was lost to COVID.

Our members have, for the most part, remained active in various work areas. But the LLP has run its course. We see important developments in the growing number of active resistors to fascism, neoliberalism, white supremacy, male supremacy, climate destruction and general pandemic lunacy. Not just in one group, but in many social and political arenas. The election and growth of the squad is just one achievement that tells us we are all making progress in a grim time.

Finally, we think the most important thing we can suggest to our brothers and sisters is to remember that our movement, crucial as it is, will need to join and act in concert with the entire range of democratic forces. It may be obvious to many members, but never enough.