labor Starbucks Workers Are Organizing — and Management Is Worried

Starbucks portrays itself as a “community of partners,” not an average workplace. But now that workers are organizing a union drive in Buffalo, that warm and fuzzy rhetoric has vanished, replaced by coercion and union-busting. 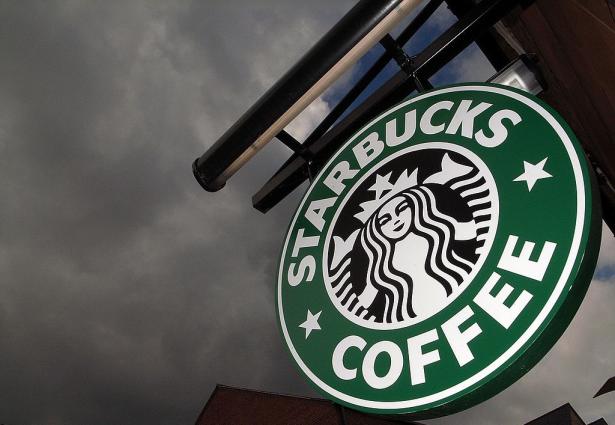 Starbucks is desperately trying to stop its workers from organizing in Buffalo, viewing the effort as a threat to the company as a whole., (Christopher Furlong / Getty Images)

In a textbook anti-union strategy, the corporation responded by petitioning the National Labor Relations Board to force all other Buffalo Starbucks locations, twenty stores in total, to participate in a simultaneous vote — a move intended to catch workers at locations with no organizational presence off guard and swiftly defeat the initiative. Things aren’t going quite as the company planned, however. Starbucks Workers United has since gained further traction, with two additional stores joining the unionization campaign in September. So this week, Starbucks upped the ante by announcing the closure of two of the Buffalo stores affiliated with the organizing effort.

While these aggressive tactics are new, anti-union campaigning and messaging from the corporation is not. CEO Howard Schultz painstakingly created a culture at Starbucks with union deterrence in mind, placing a strong emphasis on notions of “partnership” and “community” as a substitute for worker solidarity. Now Starbucks Workers United is leveraging that inclusive and egalitarian language against the company. And it’s doing so at a time when the labor movement in the coffee industry is growing.

For decades, Starbucks has fought unionization through political strategies like the formation of business groups opposed to changes in labor law. It has also repeatedly consulted anti-union law firms. But what the company perhaps relies on most is the rhetorical strategy of insisting that Starbucks is a better place to work than other food service companies. All shop employees are known as “partners,” and training materials state that each café functions as a “third place.” Portraying Starbucks as a community in order to deter unions, or “the need for unions,” was an intentional move by Howard Schultz, the company’s CEO since 1987. Schultz also began offering health benefits, which, while certainly to workers’ benefit, were also designed to keep talk of unionization at bay.

The company likes to tout its opportunities for advancement, but for baristas this often amounts to little more than rhetoric. In 2019, the corporation implemented the Starbucks Coffee Academy Program to replace the long-running Coffee Master Program. The Coffee Master Program was an almost entirely extracurricular activity with the stated intent of promoting partners’ coffee expertise. Earning certification as a coffee master demonstrated commitment to the company and, theoretically, made a given partner more likely to be promoted to shift supervisor or manager. The reward for the completion of the coffee master program was a black apron (rather than the iconic green) and a title that came with no other raise or additional job protection.

The Coffee Academy Program appears to train partners (and is open to nonpartners) with essentially the same material as its predecessor. But in a new public-private partnership, the Coffee Academy Program is offered online through Arizona State University, and comes with a Starbucks-funded tuition discount. (Uber has a similar arrangement with ASU.) Partial tuition is undeniably helpful for workers who want to attend college classes but struggle to afford them. But as with the provision of health insurance, these perks are deployed as an example of the company being so invested in the well-being of its workers that unionization, job security, and better compensation — enough pay to cover, say, college courses — are unnecessary.

In mid-September, senior Starbucks executive Rossann Williams appeared in a widely circulated image sweeping the floor of a shop in Buffalo. Williams’s performance was meant to symbolize her membership in the Starbucks community — to convey that she, too, is part of the team.

The narrative that all employees, regardless of rank and pay grade, are partners who each contribute and are equally valued by the Starbucks community is little more than a brand-specific version of the oft-repeated anti-union slogan “We’re a family here.” As Ashley Rodriquez of the coffee industry newsletter Boss Barista has written, the “perks” offered and “fun” environments in coffee shops are dangled before underpaid staff as bonus features that cancel out the need for a union.

As executives drop by to sweep floors, management at individual stores in Buffalo have also worked to undermine the unionization effort by holding captive-audience meetings, passing out anti-union literature in the neighborhood, and sending mass texts instructing partners to consult the “partner hub” online to read the same anti-union literature.

Because the IWW works on the principle of solidarity unionism rather than for employer recognition or toward contracts as an end goal, Starbucks Workers Union is not recognized by Starbucks. In addition to the longstanding IWW effort, an independent effort was launched in Philadelphia in 2019.

Starbucks employees in Buffalo are not only continuing the legacy of fighting for a better Starbucks — they also represent a growing interest in organizing in the coffee industry in general. Upstate New York has a particular legacy of organizing in the industry. Prior to the Colectivo union election in September, SPoT Coffee in Rochester maintained the title of the largest café-restaurant union in the country, as its union incorporated 130 employees across multiple shops. A year after voting in favor of a union in 2017, baristas at Gimme! Coffee in Ithaca, New York. voted unanimously to ratify their first contract. Both SPoT and Gimme! unionized through Workers United, the same union Starbucks Workers United has been organizing with.

The corporation has taken a keen interest in stopping the unionization effort in Buffalo, demonstrating that it views the effort as a threat to the company in general. Although this focused attention means that Buffalo partners will face more intense pushback from corporate, the nationwide attention to their efforts is promising for Starbucks partners — as well as baristas working for other companies.

Some baristas have understandably felt anxious about corporate pushback because the company has successfully created “fear culture” around organizing. This is a familiar feeling for other coffee industry organizers. During a 2018 panel of rank-and-file service industry organizers in 2018, barista Korbin Richards acknowledged that anticipating intimidation from a company that claims to treat workers like family is daunting, but she also noted “fear is where a lot of the long, deep work is to be done,” and that “collective action is a way to dissipate fear.”

Starbucks has more money, more lawyers, and more allies in both big business and national media than any other coffee shop or chain whose workers have attempted a similar campaign. Despite these challenges, Starbucks Workers United has a real shot to win a major victory for itself, other Starbucks partners, coffee industry workers, and the whole labor movement.

Faith Bennett is a PhD student in US history at University of California, Davis.