The group is pushing legislation that would give health plans — including those managed by labor unions — more leverage to haggle over the price of health care and eliminate certain anti-competitive practices. 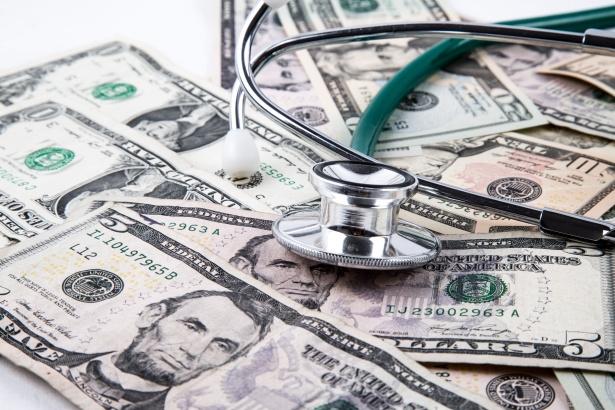 A group of labor unions that provide health coverage to hundreds of thousands of New Yorkers are banding together in an effort to drive down hospital prices. The costs can get handed down to their members, many of whom work low-income jobs.

The Coalition for Affordable Hospitals launched Friday morning and held a rally in Manhattan’s City Hall Park ahead of a City Council hearing on hospital costs. The effort includes nine unions that represent New Yorkers as well as the New York State Council of Churches and PatientRightsAdvocate.org, a nonprofit that promotes transparency in health care prices. The group is pushing legislation in Albany that would give health plans — including those managed by labor unions — more leverage to haggle over the price of health care.

New York City has come to be dominated in recent years by a handful of large, private hospital systems that have expanded their reach by buying up independent hospitals, doctors’ offices and other types of health care providers. Each of these systems now holds a sizable share of the market and more power to get health insurers to pay whatever they ask during contract negotiations. As of 2018, the top five largest hospital systems in the state, all based in the New York City area, managed nearly half — 46.5% — of acute care hospital beds statewide.

New York hospitals that are part of a large system tend to charge higher prices. Per capita spending on hospital care in New York rose by about 30% between 2013 and 2017, according to a report from the New York State Health Foundation. While part of the spike centered on more people using hospital services, price increases were largely to blame.

“We're here launching this campaign because the days of our members being held hostage here in New York by predatory hospital pricing is coming to an end,” Kyle Bragg, president of 32BJ SEIU, which represents 200,000 building service workers in the region, said at the rally.

Bragg, other labor leaders and politicians called out both rising hospital costs as well as the fact that prices for the same procedure can vary widely depending on where a patient goes for care and what type of insurance they have.

The demonstrators called out NewYork-Presbyterian as a particularly egregious offender. The 32BJ union is planning to drop the hospital system from its network next year citing out-of-control costs. On average, the hospital system charges the 32BJ Health Fund prices that are more than 3.5 times the prices Medicare pays for the same care at the same facilities, the union determined by reviewing data on members’ health claims.

“Every dollar we spend on hospitals is a dollar that doesn't go into our members' pockets, into their wages or to their benefits,” Bragg told those gathered at the rally.

NewYork-Presbyterian responded to claims they’re overcharging with a statement: “We care for everyone who comes through our doors, regardless of their ability to pay. All New Yorkers deserve the very best care, and we are continually focused on maintaining our patients’ access to the providers they trust."

Pushing Back on Hospital Consolidation

In general, hospital consolidation in the U.S. has been shown to drive up the cost of care without necessarily improving quality.

The Coalition for Affordable Hospitals supports a bill in the State Senate and Assembly known as the Hospital Equity and Affordability Legislation, or HEAL. The group hopes it will eliminate certain anti-competitive practices and give health plans more leverage to negotiate prices with health care giants. The bill was introduced in June, near the end of the last legislative session, and has yet to gain much traction, with just one sponsor in the Assembly and three in the Senate so far.

One provision would ban “all-or-nothing” clauses. That’s when a hospital system requires an insurance plan to either include every single facility they represent in their network, or none of them. The bill would make it easier for a health plan to reject certain hospitals or health care providers, which could theoretically increase competition and drive down costs.

“There has been an increasing level of concern about these anti-competitive clauses that the hospital systems are putting into their contracts with payers,” said Sabrina Corlette, co-director of the Center on Health Insurance Reforms at Georgetown University’s McCourt School of Public Policy.

Sutter Health, a large hospital system in California, recently agreed to end its “all-or-nothing” practices as part of a settlement in a lawsuit brought by health insurers. The full impact of the agreement, which was finalized in August, remains to be seen, but experts speculate it could lead to similar legal cases across the country.

Hospitals are barely breaking even because of all the high costs during the pandemic.

Corlette said she is optimistic about the potential of this type of measure to help insurers reduce spending, which could potentially translate into lower premiums and out-of-pocket costs for members. “Anything you can do to give them a little bit more leverage is helpful,” she said.

At Friday’s hearing on hospital costs, City Councilmembers Mark Levine, Carlina Rivera and others called out hospitals for putting money over patients. David Rich, president of the Greater New York Hospital Association, appeared to get emotional, countering it was inappropriate to bash hospitals that have saved lives during the COVID-19 pandemic.

“Hospitals are barely breaking even because of all the high costs during the pandemic,” Rich said. “For-profit insurance companies, who supposedly are working with hospitals...are making billions and billions of dollars.”

He added that hospitals have to deal with the high cost of equipment, pharmaceuticals and benefits for their employees, among other expenses, and often operate on thin margins.

“Placing all the blame for health care costs on hospitals is extremely myopic,” Rich said. “Hospitals have the same cost pressures that all the other people in the health care industry have.”

While eliminating “all-or-nothing” clauses could drive down costs for some insurers, it would not address the root causes of disparate — and sometimes sky-high — prices for hospital services under the current health system.

Part of why employers or unions get charged so much is because hospitals are making up for the lower rates they charge public health plans under Medicare and Medicaid. That drives up out-of-pocket costs for people on employer plans, while also fueling inequality in the health system, as hospitals court people with commercial health coverage.

Some health care reform activists say the answer is a single-payer system in which either the state or federal government covers health care for everyone. Asked if he supports single-payer, Bragg told WNYC/Gothamist he is currently focused on hospital prices.

Another option is a solution similar to Maryland’s all-payer system, which sets uniform rates for hospital services, regardless of the type of coverage someone has. But such sweeping measures may be less politically viable than the ones currently being proposed.

“As you can imagine, [rate-setting] is politically very difficult for most states to do,” said Corlette, noting that hospital lobbyists in New York wield a lot of power.

The New York Health Plan Association also supported measures to reduce anti-competitive practices in the testimony it submitted at Friday’s City Council hearing, although a spokesperson for the organization said they had not had the opportunity to delve into the specific legislation the Coalition for Affordable Hospitals is supporting.