What's in the damn bill? Bernie has a short answer: "This is finally doing right by the American working class and having the courage to stand up to big-money interests." 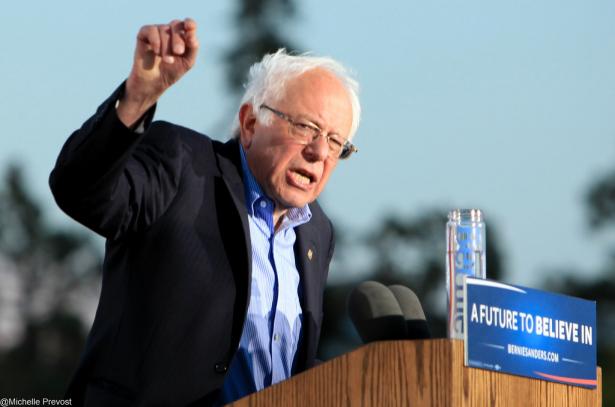 When making the case for progressive policy, the veteran leftwing senator Bernie Sanders often cites public opinion. “Poll after poll,” he’ll say, before running through a list of ambitious initiatives that the “vast majority of the American people want”, from lowering the cost of prescription drug prices to expanding Medicare, establishing paid family and medical leave and confronting the climate crisis.

Versions of these programs – initiatives once considered nothing more than liberal pipe dreams – are at the heart of Joe Biden’s sprawling domestic policy bill pending before Congress. But despite the popularity of the specific proposals, the legislation has a polling problem. Poll after poll shows that most Americans have no idea what’s actually in the bill.

Rankled, Sanders convened a live panel discussion on Wednesday titled What’s in the Damn Bill?. To the tens of thousands of viewers who joined the broadcast, Sanders described the Democrats’ multitrillion-dollar spending package as a once-in-a-generation opportunity to rebuild the American economy in a fairer and more equitable way.

“This is not radical stuff,” he said. “This is finally doing right by the American working class and having the courage to stand up to big-money interests.”

This is not radical stuff. This is finally doing right by the American working class
Bernie Sanders

After decades of furious speech-making from the political fringe, and two popular but ultimately unsuccessful bids for the presidency, the democratic socialist from Vermont is – against all the odds – the closest he’s ever been to delivering on the policy ideas that have defined his political career.

Whether Sanders succeeds in his quest for a legislative legacy could determine the fate of Democrats in next year’s midterm elections – and of Biden’s presidency.

“He has the most power and influence that he’s had at any point in his political career,” said Faiz Shakir, his chief political adviser. “He’s at the apex here. But as he’s acquired more power, so, too, has he acquired more responsibility.”

As chair of the powerful Senate budget committee and a member of the Democratic leadership, Sanders has been deeply involved in negotiations over the size and scope of the spending package. If and when an agreement is reached, he will oversee the drafting the legislation, which Democrats plan to steer through Congress over the unified opposition of Republicans.

In this new role, Sanders has embraced both compromise and teamwork – that Democrats accused the independent senator of lacking during his presidential run.

Shakir said Sanders’ approach to policymaking had changed because the environment had changed. Whereas before Sanders was pushing against the system, now he is at the center of the policy decisions, working within a Democratic party that has embraced much of his expansive platform.

“In many ways he’s the author of this,” Shakir said. “And that’s one of the many reasons I think you see him rising to the occasion, rolling up his sleeves and making sure he is putting in all of his legislative efforts to get this across the finish line.”

Initially Sanders proposed a $6tn budget blueprint, then settled for a framework that was nearly half that. Now he is working closely with Democrats in Congress and at the White House to reach a deal even smaller in scope that will satisfy the objections of the party’s centrists without sacrificing progressive priorities.

Sanders knew his opening bid was unrealistic, given the dynamics of the Senate. But he hoped it would widen the parameters of the debate and ultimately what was possible. Progressives have repeatedly cited their willingness to accept a $3.5tn plan, and continue to negotiate downward, as proof of their commitment to dealing in good faith, compared with the centrists in their party, who they argue have not been forthcoming.

As Democrats scramble to cobble together a deal, it’s the holdout senators Joe Manchin, of West Virginia, and Kyrsten Sinema, of Arizona, who hold effective veto power over which policies will survive and which must be dropped. Their objections have potentially imperiled plans for free community college, raising taxes on the wealthy and a climate program that would help the US meet its ambitious emissions goal.

But every concession made to accommodate them moves the bill further and further from Sanders’ initial vision, leaving progressives deeply worried that Democrats will squander what they view as their best chance in decades to transform the American economy and confront the climate crisis.

The California congressman Ro Khanna, who was among a group of progressives summoned to the White House for an Oval Office meeting this week, was optimistic that Democrats were close to a deal that progressives could accept, if not celebrate.

“We’ve finally broken through,” he said. “And we will take the win because it establishes the principle that investments in people are needed in a democracy.”

Republicans, however, view the imprimatur of a self-described socialist as a political gift.

Unified in their opposition to the spending bill, they have warned that the legislation is an attempt to fundamentally remake the American government in the image of a European-style social democracy while claiming the additional spending will stoke inflation and hurt economic dynamics.

“This bill represents Bernie Sanders’ socialist dream,” the Republican senator John Barrasso said during a press conference, raising a 2,000-page draft of the Democrats’ spending package. “It is a nightmare for American taxpayers.”

With no room for error, the stakes couldn’t be higher for Democrats. To pass, the bill will require the support of every Democrat in the Senate, a caucus that ranges the ideological spectrum from the democratic socialist Sanders to the conservative centrist Manchin.

The senators have competing world views. Whereas Sanders believes the bill has the potential to be “one of the most important pieces of legislation since the New Deal”, Manchin has warned that the scale of it risks “changing our whole society to an entitlement mentality”.

Sanders has publicly and privately sought to persuade Manchin and Sinema to support Biden’s agenda. It hasn’t always been diplomatic.

Tensions escalated dramatically last week, when Sanders placed an op-ed in Manchin’s home state newspaper detailing how an expansion of the social safety net would help the people of West Virginia, which has one of the highest rates of poverty in the country. In a statement, Manchin fired back that “no op-ed from a self-declared independent socialist” would sway him.

Behind closed doors, Manchin and Sanders continued to tangle, with the West Virginian reportedly making clear that he was comfortable passing nothing.

Publicly, the senators have signaled that they are making progress. When they ran into each other outside the Capitol last week, Manchin threw his arm around Sanders and asked reporters to take a picture of them.

As they returned to their cars to leave, Manchin shouted: “Never give up, Bernie.”

Sanders has become a ubiquitous presence on the Sunday political talkshows. He traveled to Indiana and Iowa in an effort to drum up support for the bill, intentionally visiting parts of the country that voted for Donald Trump. When he’s not selling the budget bill, he’s working to craft it, aides say.

Sanders successfully lobbied the White House to back a plan to extend new dental, vision and hearing benefits to the tens of millions of American seniors on Medicare, a measure initially left out of the proposal. The senator’s healthcare push put him at odds with House leadership, who would prefer to permanently strengthen the Affordable Care Act, popularly known as Obamacare, or to expand Medicaid services to poor adults in mostly Republican-led states that refused to do so under the healthcare law.

Biden said on Thursday that including all three benefits would be a “reach” but suggested a voucher program for dental coverage was possible. Though greatly pared back, it would nevertheless be a victory for Sanders, who has long sought to make Medicare the foundation for a national health insurance program, which he calls Medicare for all.

As part of negotiations, Sanders has worked closely with the leaders of the Congressional Progressive Caucus, especially the chairwoman, Pramila Jayapal, the Washington congresswoman who has emerged as a leader in negotiations over the president’s agenda.

In a showdown last month, House progressives threatened to derail a vote on a trillion-dollar infrastructure bill championed by centrists as a way to maintain leverage over the much larger spending bill.

The Senate had already passed the public works bill, with the support of all 50 Democrats and 19 Republicans, so it fell to House progressives to, in their parlance, “hold the line”. Sanders offered his vocal support for the blockade, which Khanna, a deputy whip of the progressive caucus, said was “critical” to keeping progressives unified.

On the day of the promised vote, Biden ventured to Capitol Hill to meet with the bitterly divided House Democrats. But instead of rallying support for an immediate vote, the president effectively agreed with progressives that the two pillars of his agenda were inextricably linked. The vote was delayed and the infrastructure bill remains stalled, bound up in the bigger battle over the spending package.

The maneuver was hailed as a major tactical victory by progressive activists, who have long lamented the tendency of liberal lawmakers to cave to pressure from Democratic leaders during heated policy fights.

But Biden’s position frustrated a number of centrist Democrats, particularly those from swing districts who had hoped the president would sign the infrastructure bill into law, allowing them to start campaigning on new funding for roads, bridges and expanded broadband.

Progressives, meanwhile, argue that a failure to deliver on their campaign promises would also be politically perilous.

Anna Bahr, who served as Sanders’ national deputy campaign secretary in 2020 and is the co-founder of the new consultancy firm Left Flank Strategies, said the debate over Biden’s agenda had helped elevate new progressive leaders. The effect has been a show of force by progressives that she believes will motivate voters and candidates next year.

“There’s a family in Congress of like-minded people – there’s a voting bloc,” she said. “The possibility – the likelihood – of moving on some of the issues that Sanders had for so many years been the lonely voice on is absolutely inspiring for a lot of people, especially young people.”

On Wednesday night, Sanders invited a panel of progressive leaders to help him lay out the proposals in the Democrats’ bill. It was a messaging mission, but the forum also provided an occasion to mark the ascendancy of the progressive movement since Sanders first arrived in Washington in 1991.

Introducing Alexandria Ocasio-Cortez, Sanders hailed the New York congresswoman as “one of the outstanding, in my view, political leaders in this country”.

Beaming on screen, Ocasio-Cortez thanked him for the introduction. “That’s very kind coming from the OG leader.”

Lauren Gambino is political correspondent for Guardian US, based in Washington DC. Twitter @laurenegambino

For stories that must be told, sign up for a Guardian newsletter.