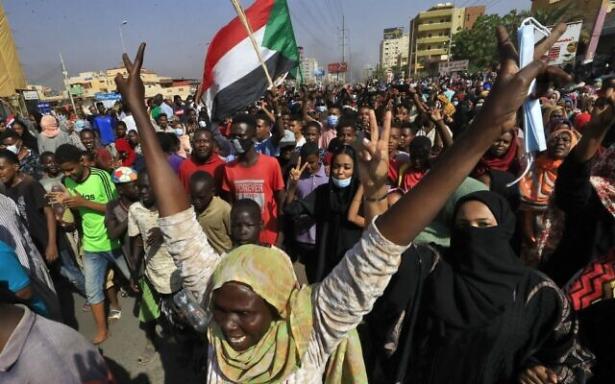 In honor of September 28th, Global Day of Action for Free, Safe and Legal Abortion, women from different regions of the world shared reflections on this crucial issue.

Xiomara Castro de Zelaya could make history in an already historic year: Her victory would make her the first woman to lead the nation since it declared independence from Spain 200 years ago. She has emerged as the opposition LIBRE party’s best shot at ending the ruling National Party’s 12-year hold on the presidency.

A vast enclave of organizations have found solidarity under the banner of the Saskatchewan, Manitoba, Alberta Abolition Coalition (SMAAC), which aims to address and correct the abuses and systemic racism that are widespread in these provinces’ justice systems.

Thousands of people staged demonstrations in Seoul and elsewhere on Thursday, many in costumes inspired by the gruesome show that was itself inspired by the dire economic conditions facing many South Koreans.

Two mainstay left-wing parties were evicted from the Chamber of Deputies entirely: the Czech Social Democratic Party (ČSSD) and the Communist Party of Bohemia and Moravia (KSČM). For the first time in the history of the Czech Republic, both parties fell short of the 5% vote threshold nationally needed to attain any seats.

China’s uneven progress created new domestic dilemmas. Huge overall economic growth and new global sway has led to vast environmental degradation, resource extraction and exploitative relations of production that mimic, if not yet in scope then in essence, Euro-American imperialism at its height.

The peculiar structures of the democratic centralist sect were developed and established, all in the service of a monolithic conception of a party under strict and unchallengeable control from above. But factional rights provide an invaluable democratic safeguard, and encourage the clarification and development of political ideas and strategies.