Actually, Joe Biden Was Elected to Be FDR

Abigail Spanberger is wrong: Biden campaigned explicitly by comparing his ideas to the New Deal. That’s what millions of people voted for. 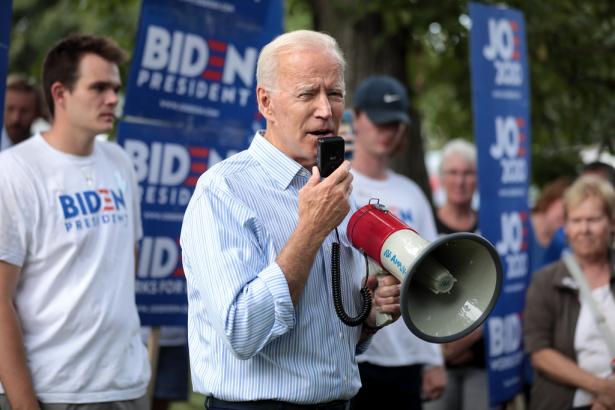 The Democrats aren’t very good at storytelling—not even, apparently, to some of their own members. There’s a compelling story behind the party’s two infrastructure bills that President Biden does a decent job of conveying, but congressional Democrats do pretty horribly, with a few exceptions. So I’ll tell it.

We coastal types who live in deep-blue America should give more thought to the political and cultural pressures faced by Democrats from districts like Spanberger’s, which takes in some Richmond suburbs but is mostly rural, smack in the middle of the state. People who live in New York or Washington, D.C., ought to drive through that district and make note of all the MAGA signs and gun shops and Confederate flags painted on the sides of buildings. It is not an easy place to be a Democrat. And while I don’t know the gubernatorial results from the 7th congressional district last Tuesday—because the ballots are processed by county, not congressional district—I bet they’re pretty bleak.

Spanberger won the seat in the 2018 Democratic wave election by about 1.8 percent, and she was reelected in 2020 by almost exactly the same margin. With their razor-thin margin in the House, Democrats desperately need Spanberger to win in 2022. If she and people like her lose, Democrats are the minority for maybe the rest of the decade. That guarantees that Congress passes nothing but tax cuts and crazy-ass wedge-issue culture-war bills, and that helps nobody.

Now, when she says that people didn’t elect Biden to be FDR, for all I know, she is correct with respect to the consensus view among people she talks to in her district. I doubt that district is teeming with New Deal fanatics.

But where I live, in Jamie Raskin’s district in suburban Maryland, everyone I know who voted for Biden did so precisely because they wanted him to be FDR! And it’s not like this was some left-wing secret that we conspiratorially hid preelection to spring on an unsuspecting public. No—during the campaign, Biden talked all the time about FDR and the New Deal.

In 2019, he was the candidate of restoration. But after the pandemic hit, he became the candidate of seizing this moment of crisis to give Americans what virtually every other advanced democracy has already given their people: expanded health care as a right, paid family leave, subsidized childcare, better public transit, and so on.

I wrote a long piece about this for The New York Review of Books last July, in which I quoted Biden as saying to Chris Cuomo on April 7: “I think it may not dwarf, but eclipse what FDR faced.… We have an opportunity, Chris, to do so many things now to change some of the structural things that are wrong, some of the structural things we couldn’t get anybody’s attention on.” Biden was very explicit throughout the general-election campaign about wanting to change the “economic paradigm,” so I can only presume that a big chunk of the 81 million people who voted for him were doing so because of these promises, not in spite of them.

This brings us to the story Democrats need to tell. It’s the story of how supply-side and “neoliberal” (a word I dislike on the grounds that it’s confusing because it actually refers to conservative policies, such as free-market absolutism, low taxes, low regulation) economic hegemony over nearly the last 50 years has choked off public investment and transferred literally trillions of dollars of wealth from the middle class to the rich. A Rand study last year put the number at nearly $50 trillion. Put another way, to use numbers people can wrap their heads around: If, since the late 1970s, this country had followed the economic policies of the prior 30 years and not embraced (Milton) Friedmanism and Reaganomics and their successors, and income had kept pace with growth, the median individual income in 2018 would have been not the $36,000 it actually was, but around $57,000.

That’s the economic story of the United States over the last four decades. There’s a number called the Gini coefficient, which measures income inequality on a scale from 1 to 100. As in golf, lower scores are better. America’s best-ever Gini score was around 35, in 1968. Today, it’s getting close to 50. For comparison, the Scandinavian countries are always best, in the low to mid-20s, and South Africa is always worst, around 63. We’re much closer to the most unequal societies than the least.

There’s obviously a lot more I could say here, for example about labor’s declining share of national income (vis à vis capital) over this period, or the way relentless tax-cutting at the state level has harmed our public universities and contributed to these insane tuition spikes, or so much else. But the bottom line is that if you see the world through this kind of economic lens, you realize that even when the economy today is “good,” it’s not really good in the way it was in the postwar era, when the fruits of economic growth were far more equitably distributed (within, of course, the racial and gender limits of the time, which are also things that today’s Democrats need to correct for in a big way). That’s what millions of us want.

Spanberger spent her career in the CIA, so I have no idea of the extent to which she does or does not think about all this stuff. But if she doesn’t, I wish she would. And further, if she doesn’t, that’s on Nancy Pelosi to some extent. Pelosi ought to be organizing economic history seminars for her caucus with people like Cecilia Rouse, Heather Boushey, and Jared Bernstein of the Council of Economic Advisers, and outside experts like Damon Silvers of the AFL-CIO and Heidi Shierholz of the Economic Policy Institute, and a whole bunch of people who can make sure that House Democrats know this history. She may be doing that, but I have a feeling that if she were, I’d know about it.

Democrats should not be happy with an economy like 2019’s. They should want an economy that is reimagined to give fewer benefits to the well-off and more to the middle class and poor. That’s good for the people of Spanberger’s district, just as it is for the people of Alexandria Ocasio-Cortez’s. (Speaking of AOC, it was disappointing to see the augmented Squad vote against the infrastructure bill. I get the political point, but on a vote this important, people should vote on the merits. This was the biggest piece of public investment legislation of its kind since literally the Eisenhower administration. Those six Democrats put themselves on the record as being against that. Kudos to Pramila Jayapal, though, for voting yes and getting the vast majority of the Progressive Caucus to agree.)

Legislation is always disappointing. Every bill that ever passes is a compromise that doesn’t go far enough. And there’s a lot more the Biden administration has to do on the paradigm change front that has nothing to do with legislating. I’m keen to see what Jonathan Kanter, Biden’s nominee to run the Justice Department’s antitrust division, does about monopoly power, which in some ways will be more important than any legislation that gets through Congress.

But Democrats have to be committed to increased public investment on behalf of working people—and to making the better-off pay for most of it. And yes, Biden was elected to be FDR, or at least as close as he can come given the grim political realities he faces that Roosevelt didn’t. If Build Back Better passes, in whatever form, and then his Justice Department really takes on monopolies, he’ll have earned the comparison—and the people of Spanberger’s district will benefit.

Michael Tomasky @mtomasky is the editor of The New Republic.