Tolstoy vs. Gorky: Why Russian Intellectuals Had Very Different Visions of Utopia

The insurmountable contrasts between their visions help explain Russia’s stunted development and hint at its destructive future. 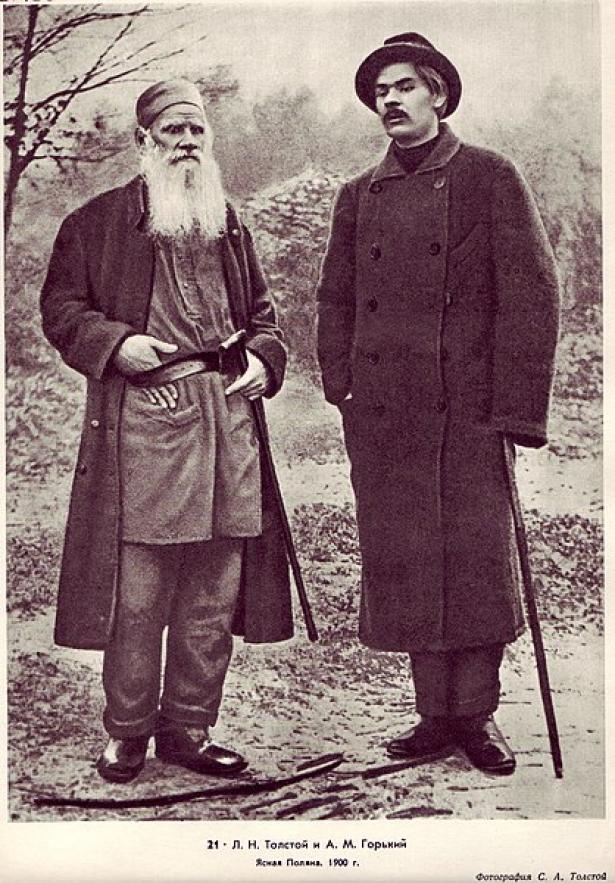 As most European monarchies made way for constitutional democracy, Russia remained under autocratic rule. Unable to raise their voice in congress, Russian thinkers relied on pen, paper, and printing presses to figure out how society could be improved. Their combined efforts gave way to what literary scholars now refer to as “sociological literature.” Books from this period were rarely written simply to entertain; they diagnosed social problems and attempted to formulate viable solutions.

The first step in this process was by far the easiest. Compared to Europe and the (still infantile) United States, Russia’s form of government was considered inapt and outdated. Power was vested in a single individual, the selection of whom was based not on skill but blood. Russians were divided between a small group of obscenely rich nobles and a disproportionally large group of have-nots. Prior to the emancipation of 1861, many of these have-nots were kept as serfs and deprived of basic human rights.

But while virtually every Russian thinker agreed that their country was in desperate need of change, they all came up with different, often conflicting solutions. In his article, “A Clash of Utopias,” professor of Russian and Slavic studies Hugh McLean proves as much when he compares the utopian pictures painted by two equally influential Russians: author Leo Tolstoy and political activist Maxim Gorky. The insurmountable contrasts between their visions explain Russia’s stunted development and hint at its destructive future.

McLean’s inquiry into Tolstoy’s vision of utopia begins with a truth which many scholars before him had already acknowledged, that the author’s “critical powers, his capacity for discerning flaws in the reasoning of others, were infinitely greater than his ability to construct positive systems on his own.” Tolstoy wrote multiple books and hundreds of essays on society’s discontents — from substance abuse to systemic poverty — but often failed to find compelling answers to the questions that he asked.

Though Tolstoy had always been interested in big questions, his writing did not become overtly utopian until later on in his career. Works from this period — which include the essays “A Confession” and “The Kingdom of God is Within You,” as well as Tolstoy’s last true novel, Resurrection — are characterized by their didactic style and Christian themes. Pulled out of depression by a religious reawakening, the writer settled on non-violence as the only viable path to peace and justice. 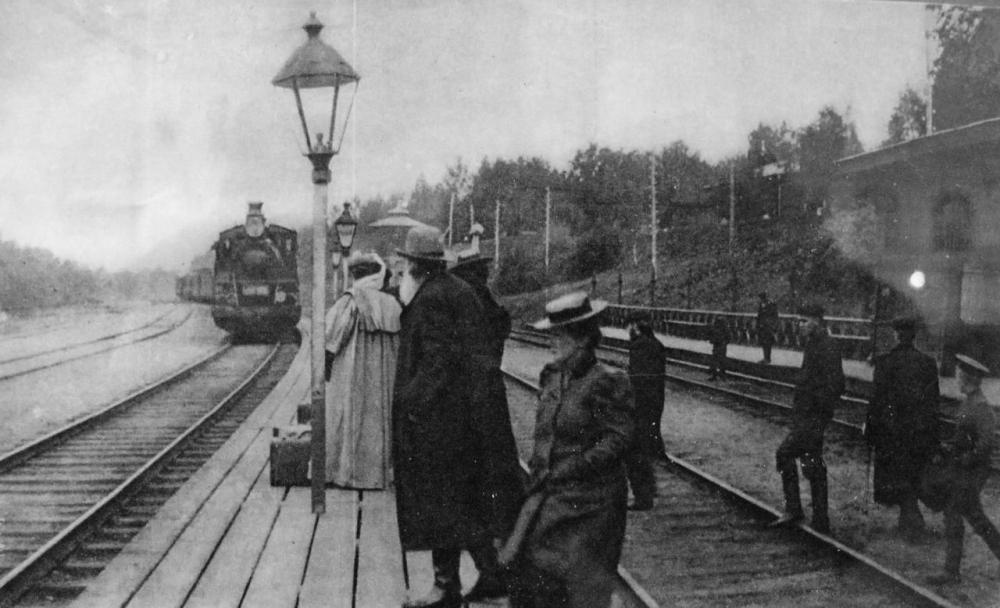 Believing that all people were inherently good, Tolstoy blamed virtually all evil on civilization and its corrupting institutions. While he thought himself deeply religious, he refused to be labeled as such. Rejecting organized religion and the saint-like figures these organizations were built upon, the author interpreted God as a symbolic expression of love and argued that a utopia could be created the moment every man, woman, and child on the planet began to trust in this basic human impulse.

From a socioeconomic standpoint, Tolstoy’s utopia could only be realized through devolution rather than evolution. If every person on Earth loved unconditionally, there would not be a need for borders, nor armies to protect them. Cities would dissolve as their inhabitants dismantled the institutions which Tolstoy deemed unnecessary or unacceptable. They would then reorganize themselves in the countryside, where they would work the farm, engage in communal activity, and devote themselves to matters of spiritual improvement.

Though widely known and read inside Russia, Maxim Gorky never approached Tolstoy’s level of international renown. As such, his person might require a more substantial introduction. Born in 1868, Gorky began his career writing sociologically minded short stories. He was one of few authors to play an active role in the Russian Revolution, becoming an ally of and adviser to the learned Vladimir Lenin and his Bolshevik government.

Gorky not only had a radically different vision of utopia than Tolstoy, but he also argued for different means by which that vision should be realized. Arguing that Russia’s deeply religious working class had been passive long enough, he agreed with Lenin that the status quo had to be destroyed, even if doing so meant resorting to violence. Considering landlords and nobles had frequently used the threat of force to stay in power, Gorky had no problem fighting fire with fire.

In true socialist fashion, Gorky also took issue with Tolstoy’s notion that utopia was best achieved through self-improvement. To him, such an argument would make sense only if every man was born with an equal amount of opportunity, which — in 19th century Russia — was definitely not the case. Though he agreed with Tolstoy that many social institutions were corrupt and dysfunctional, he still believed these institutions could be improved.

In an article published in 1909 titled “The Destruction of Personality,” Gorky called Tolstoy and his contemporary Fyodor Dostoevsky “the greatest geniuses of a land of slaves (…) With one voice they cry out ‘Endure’ (…) ‘Resist not evil by violence.’ I do not know in Russian history a more painful moment than this, I do not know a slogan more offensive to a person who has already proclaimed his capacity to resist evil and to fight for his goal.”

Gorky’s vision of utopia was, as McLean puts it, “the standard socialist one espoused by so many intellectuals in Russia.” It was a world in which the means of production belonged to the workers instead of their employers, where private property was largely abolished, where governmental decisions were made via popular vote or by representatives who took the interest of the masses to heart, and where education would be reinvented to impart students with an irrevocable sense of social responsibility.

At the same time, Gorky was unique in that he did not fall prey to the kind of factionalism that divided socialist parties across Russia at the time. Before the Bolsheviks established their one-party state, Russia did indeed know dozens upon dozens of socialist organizations, each touting their own interpretation of the work of Karl Marx. Understanding that all socialists worked toward a common goal and differed only in the means used to achieve said goal, Gorky emphasized unification through civilized dialog. 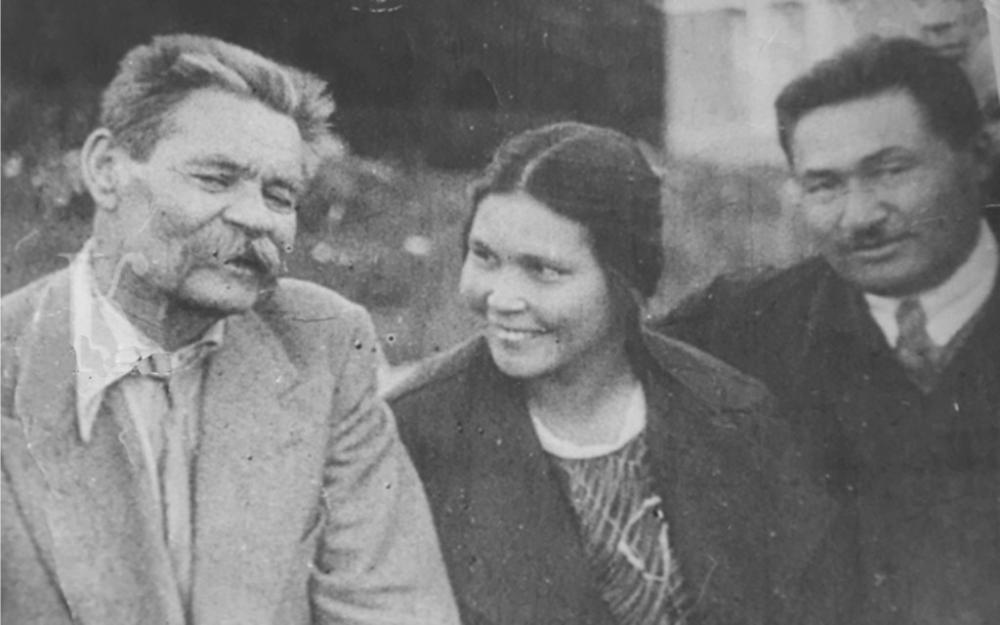 However, of all brands of socialism, Gorky seemed to have liked Bolshevism the best. In the years leading up to the revolution, the writer made significant financial donations to the struggling party and even organized meetings at his home to turn working men and women into class-conscious revolutionaries. He also played a crucial role in the party’s God-building campaign, which sought to figure out how the Bolsheviks could inspire the same kind of faith in their regime as the Russian Orthodox Church had done.

A classically trained intellectual first and a communist activist second, Gorky’s personal upbringing soon drove a wedge between him and other Bolsheviks. Where Lenin, Leon Trotsky, and Joseph Stalin envisioned the communist state as a completely new, non-Western form of government, Gorky was never quite able to shake his admiration for European countries, which he — not without bias — considered the peak of human civilization and the ultimate destination of Russia’s political makeover.

A clash of utopias

Just as Gorky pointed out the flaws in Tolstoy’s worldview, so too did Tolstoy — albeit unconsciously and indirectly — point out the flaws in Gorky’s. Though the author of War and Peace and Anna Karenina never outlined Russia’s authoritarian future in quite as much detail as did Dostoevsky in his novella Notes from Underground, Tolstoy still understood the emotions that led to the Soviet Union’s blood-soaked birth as well as its slow and painful downfall.

Tolstoy knew that, for a socialist utopia to actually work, its citizens could not be coerced into cooperation. For such an experiment to succeed, participants would have to experience a personal revelation and participate out of their own volition. Looking back at the millions of Soviet citizens who died of starvation, war, and persecution, there can be no denying that the cost of maintaining Lenin’s government far exceeded the regime’s benefits.

But while Tolstoy’s approach is undoubtedly better in theory, it is also impractical and even a little naïve. For instance, though the writer waxed poetically about the power of love, McLean struggles to find epistemological evidence for his hypotheses. “Tolstoy found the law inscribed in his own heart,” he wrote, “and therefore concluded that it must be there in all of us.” By emphasizing introspection, Tolstoy understated the significance of social change, and his economic theory represents an incomplete and, consequently, useless blueprint.

Rather than simply criticizing Russian intellectuals for the devastation their disagreements have caused, however, we must also show appreciation for the earnestness with which these individuals tackled the problems that affected their society. Many of them were willing and able to stand up for what they believed in — even if this meant being ostracized, imprisoned, or killed. Though their writings did not protect Russia during the 20th century, hopefully they will guide human development moving forward.

Tim Brinkhof is a journalist and film critic based in Amsterdam. He studied early Netherlandish painting at NYU and is a scholar of Russian literature. He has written for Esquire, High Times, History Today, and Discover.

Get Big Think in your inbox. Subscribe for counterintuitive, surprising, and impactful stories delivered to your inbox every Thursday.