A half-century after it fed the Pinochet regime’s bonfire of heretical books, a celebrated “handbook of decolonization” has new relevance to a country on the brink of a momentous choice. 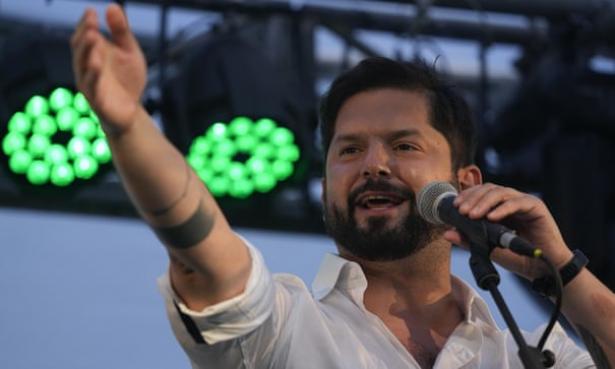 It is hard to believe that half a century has passed since Para Leer al Pato Donald (How to Read Donald Duck), a book I wrote with the Belgian sociologist, Armand Mattelart, was published in Chile in November 1971.

We never anticipated that our essay would become an international best seller, translated into dozens of languages. It had been born, quite modestly, as a way of participating in the unique Chilean experiment of building socialism, for the first time in history, through electoral and nonviolent methods, without eliminating our adversaries. This meant that the government of Salvador Allende, which had captured the presidency in September 1970, would have to win the battle for public opinion in a situation of considerable inequality, since most of the media was in the hands of the enemies of the revolution.

In this struggle to define Chile’s identity and leave behind the obstacles and prejudices of the past, the Allende government had acquired an important asset: the most important publishing house in the country. Renamed Quimantú (“sun of knowledge” in Mapuche), it gave our peaceful revolution the means to bring out millions of books at inexpensive prices, as well as an assortment of magazines, including children’s and adult comics that would have to compete for readers in a market saturated with foreign products. If we were to devise progressive alternatives, it was urgent to probe how those imported stories worked, and Armand and I therefore set out to analyze the most popular comics in Chile—and in the world: those generated by the immense corporation founded by Walt Disney.

We decided to choose the emblematic character of Donald Duck, hoping that revealing the secret messages hidden behind his innocent and supposedly apolitical façade would inventively expose the dominant ideology in Chile. Exploring how Disney conceived of work, sex, family, success, individualism, the relationship between poor and rich countries, might help everyday Chileans comprehend how insidiously capitalism and the American dream of life were presented as the only viable ways to achieve development and prosperity. And the book became, in effect, a “handbook of decolonization,” as John Berger would enthuse years later.

The tract—conceived in 10 feverish days—caused furor and fury when it appeared. A second massive printing was soon published the next year, and a third one was ready to go on sale when General Augusto Pinochet overthrew Allende in September 1973, and all those copies were cast into the bay of Valparaíso. First water, then fire. Forty years after the Nazis had incinerated so many “degenerate” volumes, it was Chile’s turn. Days after the coup, in a safe house where I was hiding, I saw, on television, no less, a group of soldiers throwing hundreds of subversive texts into a bonfire. Among them was Para Leer al Pato Donald.

These were not the last attempts to suppress that indictment of cultural imperialism. In 1975, US customs, at the behest of Disney, seized thousands of copies of the English translation, claiming copyright infringement (we had reproduced the drawings of the comics without authorization from their owner). We won the respective trial, but, afraid that Disney would sue them, diverse American publishers refused to bring out the book, which had to wait till 2020 to finally see the light in the land where Uncle Walt and his duck had been born.

How relevant to anyone today is this youthful book, hastily forged in the midst of a revolution whose own days were numbered?

While our pamphlet suffers from limitations typical of the era in which it was born, I believe it still has something to offer readers at a time when immense social movements are questioning the neoliberal model that has generated so much inequality and injustice. Today, with so many of Earth’s inhabitants seeking to radically re-imagine the foundations of society, what I rescue most from How To Read Donald Duck is its brazenness, its sense of humor, the liberating endless energy gifted to Armand and me by a people on the move searching for their own redemption—qualities that, by one of those strange coincidences that history provides and literature delights in, can today again be observed in Chile itself where, exactly 50 years after of our book appeared, the first round of the presidential elections has just been held.

Of the seven contenders who were in the race, the one who garnered the most votes ( 27.89 percent) is José Antonio Kast, an admirer of Donald Trump and Jair Bolsonaro and especially of Pinochet—an ultra-conservative who personifies the traditional ideas about work, family, sex, competition and fear of change which we criticized in our book. I don’t know if Kast, who was seven years old during the 1973 coup, saw the burning of our helpless duck on television. It is probable that his father, a Nazi officer who sought refuge in Chile after the fall of the Third Reich, celebrated those inquisitorial pyres that reminded him of Hitler’s good times. What is certain is that José Antonio Kast, who believes in returning Chile to long-established values, would not be a fan of our book. His whole campaign is based on stirring up fear of the “disorder” that “socialism” would supposedly bring.

On the other hand Gabriel Boric, the second candidate in the runoff, with 25.83 percent of the vote, represents a Chile that seeks to free itself from the past and create a different future of justice for all, embodying the vast contingents of protestors who— brazenly indeed—took to the streets of Chile over the last two years with such ardor and audaciousness that they imposed the need to write a new, fully democratic Constitution. Like our book, these activists have been attempting to leer Chile con ojos insurrectos—to read Chile with insurrectionary eyes. Boric and his followers dare to think, feel and relish reality in a joyful and rebellious way that reminds me of the spirit that animated the Allendistas of half a century ago. And I note, with satisfaction, that Boric—born 15 years after our book was so violently—came to read it in his teens, when he was one of the student leaders who revolted against the inequities of the post-dictatorial period.

There is a chance, of course, that the cryptofascist Kast will manage to sow so much fear that he will become President. But Boric has a better chance, I think, to appeal to a wider coalition of dignity and courage, and lead the country to a rebirth on December 19th. If that is the case, I can only hope that How to Read Donald Duck—drowned and burned, seized and left for dead a thousand times—will itself be reborn as well in the streets of the prophetic cities of the Chile where it first saw the light five decades ago.

Ariel Dorfman is is the author of Death and the Maiden and, more recently, the novels Cautivos and The Compensation Bureau. He divides his time between Chile and Durham, North Carolina, where he is a Distinguished Professor Emeritus of Literature at Duke University.