Why Public Art Is Good for Cities

Studies show that investments in public art can improve street safety, provide tourism and new jobs, and combat social isolation and anxiety. "A city that is vibrant and thriving has art right at the center.” 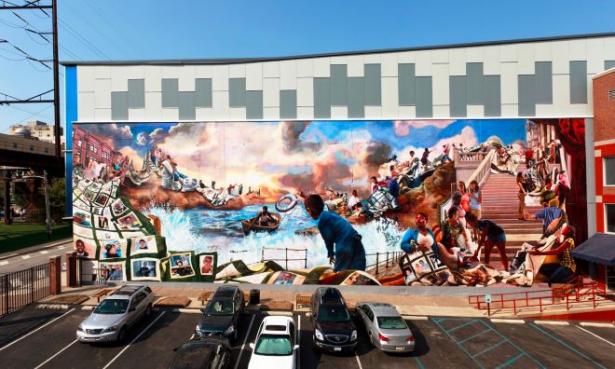 In Philadelphia, Pennsylvania, there’s a mural around every corner. Since 1984, local organization Mural Arts Philadelphia has created more than 3,600 murals on building exteriors across the city. According to its mission, the organization believes these striking works of public art have the power to “transform public spaces and individual lives.”

“We always say that art ignites change,” says Jane Golden, the organization’s executive director. “There is something deeply catalytic about the work.”

Researchers agree: Studies show that public art has a host of benefits for communities. Its community-building powers can combat feelings of anxiety and social isolation. When locals participate in creating public art, these effects are amplified. A 2018 London-based survey found that 84% of respondents believed participating in public art projects benefited their well-being.

Share this article on
Murals, in particular, are great for artistic placemaking and city marketing.

Public art also provides economic benefits, including new jobs and increased tourism. Murals, in particular, are great for artistic placemaking and city marketing. It’s no surprise that art-focused bus and walking tours have grown popular in dozens of cities in recent years, from London, England, and Sao Paulo, Brazil, to Austin, Texas, where the city-led Art in Public Places program has been funding public art for more than 30 years.

Elsewhere, public art is used to address practical problems like safety. For example, last year in Cincinnati, Ohio, nonprofit organization ArtWorks created a permanent, illuminated art installation to light a popular walking trail in the Avondale neighborhood. The installation has aesthetic benefits, but it has also improved the neighborhood’s walkability and residents’ safety after dark.

ArtWorks also provides economic benefits to Cincinnati residents. It creates jobs and fosters youth development through an apprenticeship program. Since its founding in 1996, the organization has employed more than 4,000 young people, ages 14–21, and 3,000 professional artists and creatives in art projects throughout the city.

“Our apprentices are being mentored by professional artists on the job,” explains Sidney Fine, senior director of impact at ArtWorks. “So beyond being an arts nonprofit, we are also in many ways a career-readiness, positive youth development organization.”

​​Often, we look to public art as a way to address a challenge that a city is looking to solve.

However, one of the most meaningful effects of public art is that it creates what urban designer Mitchell Reardon calls “community fingerprints”—spaces that make people feel represented, foster community ties, and give people a sense of ownership and belonging in their neighborhoods.

As a senior planner at Vancouver-based urban planning and design consultancy Happy City, Reardon has seen how public art serves communities. “​​Often, we look to public art as a way to address a challenge that a city is looking to solve—say, a transportation issue or safe streets—while doing so in a way that is going to be meaningful for a broader cross section of people,” he explains.

In the United States, public art depicting American communities carries on an artistic tradition that blossomed almost a century ago, when the Works Progress Administration, a Great Depression-era New Deal agency, began funding the visual arts. Through a program called the Federal Art Project, the Works Progress Administration employed more than 10,000 artists, who created a significant body of public art, including thousands of murals, between 1935 and 1943.

According to Victoria Grieve, a historian of visual culture in America and author of The Federal Art Project and the Creation of Middlebrow Culture, supporters of the Federal Art Project shared a belief in “the relationship between the arts and the daily lives of the American people, and the educational, social, and economic benefits of widespread cultural access.”

Many of the murals produced during the period represented this ethos and belonged to an emerging artistic tradition called “American Scene Painting,” a style of realism inspired by American history, mythology, and culture. Federal Art Project murals commissioned for airports, post offices, and public schools depicted the everyday lives and contributions of working-class Americans, American immigrants, and communities of color, meant to foster a shared “American” cultural identity.

While the representation of people of color in public art during the period was often problematic, and New Deal programs failed to meet many of civil rights leaders’ most pressing demands, the Federal Art Project still had some upsides for the nation’s marginalized communities. According to Lauren Rebecca Sklaroff, author of Black Culture and the New Deal: The Quest for Civil Rights in the Roosevelt Era, the program created needed opportunities for interracial cultural exchange and allowed artists of color to exercise “cultural self-determination.”

In other words, New Deal funding and increased attention to public art allowed more artists—Native American, Chicano, Black, and Asian American—than ever before to paint their communities into American art. Those artists’ creations also allowed underrepresented communities to see themselves, perhaps for the first time, on the walls of their cities. Today, Mural Arts Philadelphia and ArtWorks honor the spirit of this work.

James Daniel Burns, a staff artist at Mural Arts Philadelphia, has experienced this firsthand. “Sometimes, [a mural] can propel the identity of a place into fruition,” he says. 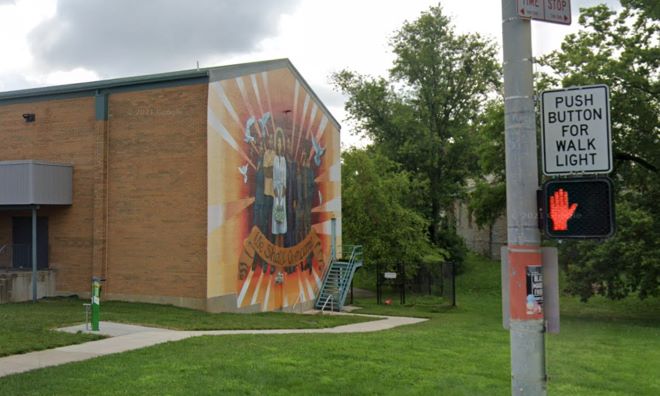 Fine agrees. She says a mural of Cincinnati-based civil rights activist Louise Shropshire on the side of Avondale’s main recreation center has helped turn the location into a vibrant community hub. The mural was created in 2019 as part of a new quality-of-life plan for the neighborhood. “The main focus of the plan is increasing safety and wellness,” explains Fine. “And so, murals have been a part of that. Documenting the important historical figures that have come from a neighborhood and increasing that pride, which then further activates that neighborhood in that space,” she explains.

Both Mural Arts Philadelphia and ArtWorks take great care to ensure locals feel represented in the murals in their neighborhoods. The organizations partner with local community leaders, organizers, and activists to plan and implement new projects. In Cincinnati, this process takes an average of eight months. At Mural Arts Philadelphia, things move much faster. Most of its murals begin with an application filed by someone living in the community where a project will be implemented. They’re expected to rally a community around the proposed project before applying. After that, creating a mural takes only 4 to 8 weeks. ​​At the end of the process, Golden says people feel real ownership of the work.

These collaborative planning processes also forge strong relationships within and between communities. Staff artist Burns says he has a trove of personal stories for each of the projects he has completed in Philadelphia, “rooted in the relationships with people who shape these projects.” ​​

Those relationships last long after the paint has dried. Golden says that Mural Arts Philadelphia also remains a fierce advocate for its art and the communities its projects foster after completion. A mural on South 30th Street in West Philadelphia is an excellent example. The mural depicts a person alone in a small raft on a turbulent sea—a metaphor for the feelings that locals who had contemplated suicide described to Burns, the lead artist on the project.

The mural, completed in 2012, resulted from a two-year-long collaboration between Mural Arts, the Department of Behavioral Health and Intellectual disAbility Services, and the American Foundation for Suicide Prevention. The project also engaged more than 1,200 community members. It was meant to shed light on youth suicide rates in Philadelphia, which were rising at the time, and provide a voice for survivors, attempters, and their families and friends.

“The mural created a community of love, a community of care, where people kept coming together long after the mural was created and finished,” Golden says. “It was really inspiring.”

When Mural Arts got word that a new dorm would be built in front of the mural, obstructing the view of it from the street, Golden says her team organized with the community that had contributed to the project and others in West Philadelphia. They sent a strong message to the developer. “‘Look,’ we said, ‘this project is really important,’” Golden says. The group was able to secure a donation from the developers to create a new mural. The new project, which is still in its early stages, will bring the same collaborators together again to create a mural with a similar vision in a central location.

By holding developers accountable and addressing practical problems, such as street safety, organizations like Mural Arts Philadelphia and ArtWorks create clear value for their communities through their work. The same is true of dozens of other public art organizations, including the Bay Area Mural Program in Oakland, California; the Portland Street Art Alliance in Portland, Oregon; and the Chicago Public Art Group in Chicago, Illinois. The work itself also fosters a sense of communal ownership over space, strengthens neighborhood ties, and allows folks to see themselves represented on the walls of their cities. The message it sends is clear: Public art is good for us and our cities.

“I think a city that is vibrant and thriving has art right at the center,” Golden says.