The world’s wealthiest countries make a big show of fighting climate change without offering poorer countries the finances to switch to renewable energy. 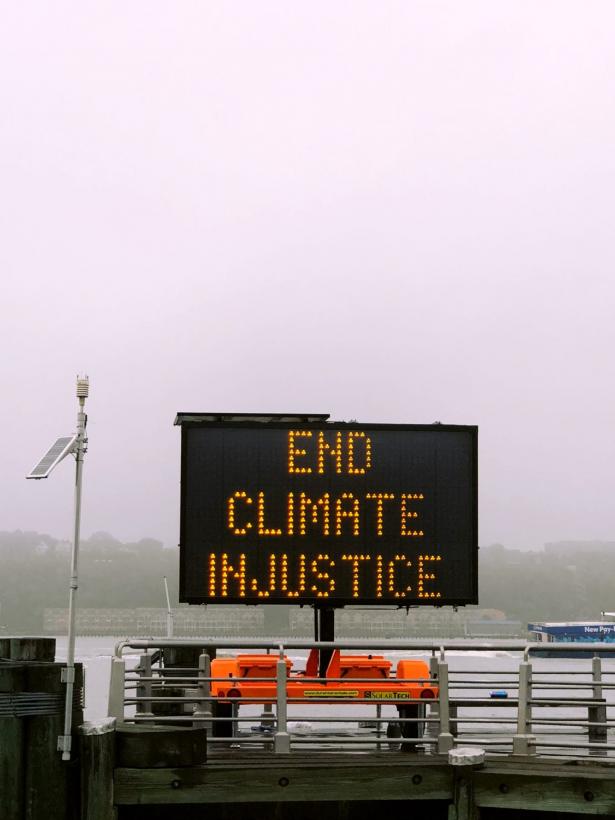 , Image by Jon Tyson on Unsplash

Fighting global warming is not just about providing a path to net-zero carbon emissions for all countries. It is also about figuring out how best to meet the energy needs of people across the world while working toward net-zero emissions. If fossil fuels have to be given up, which has now become an urgent need given the current environmental challenges, countries in Africa and a significant part of Asia, including India, need an alternate path for providing electricity to their people. What then is the best alternate course for poorer countries to follow for electricity production—if they do not use the fossil fuel route—that is being used by rich countries? This in turn also raises questions about how much this alternative energy source route will cost poorer countries, and who will pay the bills incurred when making the switch to this new source of energy.

Discussions on these issues, which are pertinent to resolving the climate crisis, were completely absent from the COP26 agenda, which concluded on November 13. The financing of a low carbon emission path was conveniently delinked from commitments toward cutting down carbon emissions and now faces an uncertain future, with developed countries failing to live up to their earlier “pledge” of providing finance to developing nations to “help them adapt to climate change and mitigate further rises in temperature.”

Some numbers are important here to understand the extent to which developing nations have contributed to the present climate crisis and to greenhouse gas emissions. The European Union plus the UK (EU-UK) produce more than twice the carbon emissions of the entire continent of Africa, with less than half of Africa’s population. With less than a quarter of India’s population, the United States emits significantly more carbon than India does—almost twice as much.

It is argued that as the cost of electricity from renewables has now fallen below the cost of electricity from fossil fuels, it should be possible for all countries, rich or poor, to phase out fossil fuels completely and shift to renewable energy sources without addressing the issue of funding. It is true that the cost per unit of electricity generated with renewables is lower today than that from fossil fuels. What has, however, been overlooked here is that for poor countries to make this switch, they would need to build three or four times the capacity to generate electricity from renewables to supply the same amount of energy that they currently get from fossil fuel plants. This is because the capacity factor or the plant load factor (PLF)—how much electricity a plant produces compared to what it can produce by working continuously at full capacity—for renewable energy sources is about 20-40 percent that of fossil-fueled plants. The wind does not blow all the time; nor does the sun shine at night. That means that a country will have to build several times the capacity—and therefore invest more capital—using the renewable route to generate the same amount of electricity it would get from fossil-fueled plants.

This level of investment in renewables by a rich country may not be a problem. But for a poor country trying to build its basic infrastructure of electricity, roads, railways and other public infrastructure, including schools, universities and health care institutions, this switch to renewables will not be easy without financial support from the rich countries. This is why the rich countries asking the poor countries to make net-zero pledges without committing to providing them with any money is completely hypocritical. Tomorrow, the rich countries can—and most probably will—turn around and say that the poor countries made the commitment toward ensuring net-zero emissions, and they should now borrow from the rich countries at high interest rates and make good on their promises, or else face sanctions. In other words, this would lead to a new form of green colonialism.

The second problem with renewables as the main source of electricity is that there are significant additional costs for setting up the grid for short-term or long-term storage of electricity. This is to balance the daily fluctuations or the seasonal fluctuations that may arise. For example, in 2021, Germany saw a significant slowing down of winds in summer, leading to a sharp fall in electricity generated from wind. In their case, Germany balanced the low production of wind power by increasing the production of electricity from coal-fired plants, leading to their greenhouse gas emissions going up significantly. In a scenario in which coal-fired plants do not exist, what will countries do when renewable energy capacity fluctuates?

While daily fluctuations for countries using renewable energy sources can be met with large, grid-sized batteries, this is not feasible for seasonal variations. These countries will have to either use pumped storage schemes with hydroelectric power or store hydrogen in large quantities for use in fuel cells. A pumped storage hydroelectric scheme means pumping water up to a reservoir when there is surplus power available for the grid, and using it to produce electricity when there is a shortfall. Storing hydrogen in quantities large enough to meet seasonal grid requirements is still another idea that needs to be explored and assessed for its technical and economic feasibility.

The point here is that shifting to a grid, which is entirely based on renewable energy, is still technologically some time away. We need to develop new technologies for storing energy. And we may need to use concentrated sources of energy—fossil or nuclear—to meet the requirement of daily or seasonal fluctuations until that time.

The other possibility is using fossil fuels without greenhouse gas emissions. It means not letting the carbon dioxide escape into the atmosphere and, instead, pumping it into underground reservoirs; or what is called carbon capture and sequestration. Such carbon capture projects in rich countries were given up in the belief that renewables would solve the problem of carbon emissions. It is now clear that having renewables as the only source of energy in a grid is not enough, and the world may need to look for other solutions as well.

Meanwhile, in the short term, nuclear power does not appear to be a permanent solution to moving toward cleaner energy sources as “there is not enough time for nuclear innovation to save the planet,” according to a recent article in Foreign Affairs. This means gas, oil, and coal are the only short-term solutions before us for meeting long- and short-term fluctuations in energy production. And here, the duplicity of the rich countries becomes clear. Rich countries like Europe and the U.S. have enough gas resources. Poorer countries like India and China do not; they only have coal resources. Instead of discussing how much greenhouse gases each country should emit, the rich countries decided to focus on what fuel needs to be phased out. Yes, coal emits twice the amount of carbon dioxide compared to gas-fired power plants for the production of the same amount of electrical energy. But if countries produce twice the amount of electricity from gas-fired power plants as from coal, they will still produce the same amount of carbon emissions. If the U.S. or the EU-UK are producing more carbon emissions than India or Africa—which have larger population sizes—why ask for phasing out coal only, while no such targets are set by the U.S. or EU-UK for phasing out their carbon emissions by using gas-fired power plants?

This is where the energy justice issue becomes important. The U.S. per capita energy use is nine times that of India, while the UK’s per capita energy use is six times more than that of India. If we consider countries in sub-Saharan Africa such as Uganda or the Central African Republic, their energy consumption is even lower, i.e., the U.S. consumes 90 times, the UK 60 times more energy than these countries! Why should we then talk only about which fuels need to be phased out and not about by how much countries need to immediately cut their carbon emissions?

I am not raising here the issue of an equitable share of the carbon space, and if a country has used more than its fair share of carbon space, how it should compensate the poorer countries for it. I am simply pointing out that by talking about net-zero emissions and phasing out certain fuels, the rich countries are continuing on their path of excess carbon emissions while changing the goalposts for others.

The last word on hypocrisy is Norway’s. At a time when it is expanding its own oil and gas production, Norway, along with seven other Nordic and Baltic countries, has been lobbying the World Bank “to stop all financing of natural gas projects in Africa and elsewhere as soon as 2025,” according to an article titled, “Rich Countries’ Climate Policies Are Colonialism in Green” in Foreign Policy magazine, which has been written by Vijaya Ramachandran, director for energy and development at the Breakthrough Institute.

While Norway may have been the most blatant, 20 countries moved similar resolutions in COP26 to end “financing for fossil fuel development overseas,” according to the Guardian. For them, climate change negotiations are the way to keep their dominant energy positions while denying not only climate reparations but also finances to the poorest of countries that are trying to provide their people with subsistence energy.

It is clear that no country in the world has a future if it does not stop the continued emission of greenhouse gases. But if rich countries do not also find a path for the poorer countries to meet their minimum level of energy needs, they will see the collapse of huge swaths of their own countries. Is it logical to think that countries in sub-Saharan Africa can continue living on a ninetieth of the energy consumption of the U.S. without there being consequences for all countries?

Indian Prime Minister Narendra Modi and his followers may believe that India is on the way to becoming a developed country, even a superpower. The fact is that, in per capita electricity consumption, India is, in fact, closer to Africa than to China or the club of the rich nations, the U.S., the UK, and those in the EU. Addressing climate without energy justice is only a new version of colonialism, even if it’s clothed in green. Ramachandran calls this out for what it is, writing: “Pursuing climate ambitions on the backs of the poorest people in the world is not just hypocritical—it is immoral, unjust, and green colonialism at its worst.”

Prabir Purkayastha is the founding editor of Newsclick.in, a digital media platform. He is an activist for science and the free software movement.

This article was produced in partnership by Newsclick and Globetrotter.