film It’s a Wonderful Life vs. the FBI 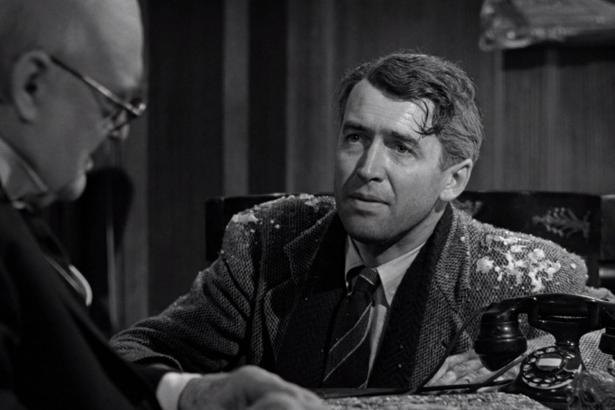 Few could confuse Christmas cheer with communist subversion quite like J. Edgar Hoover. The FBI director’s campaign to expose Soviet sympathizers among the postwar Hollywood elite is well documented, but his Bureau’s preoccupation with festive family favorite It’s a Wonderful Life as a suspected Trojan horse for disseminating red values to Middle America is a particularly absurd, and seasonally appropriate, episode to remember.

A report from the FBI’s Los Angeles field office shows that, from 1942 to 1958, more than two hundred Hollywood features were investigated by the Bureau with the help of film industry informants. Both the content of the films and the personnel involved in their production were scoured for signs that they may have been transformed into “weapons of Communist propaganda.” American picture houses were, according to Hoover and his investigators, one of the key grounds on which the USSR and its allies planned to fight the Cold War.

Many of the films investigated had overtly militaristic or political themes that FBI agents deemed to be promoting communist ideals or undermining American principles. Herbert Biberman’s 1942 flick The Master Race, in which three military officers — a confident, manly Russian, an overweight American, and a simpering Brit — attempt to jointly govern a formerly Nazi-occupied Belgian town is an obvious pick.

But director Frank Capra’s 1946 fantasy drama, these days staple viewing for millions of households every year, is unlikely to strike the average viewer as especially subversive or controversial. So what was it about It’s a Wonderful Life, a sentimental fairy tale of a family man saved by his guardian angel, that set Hoover’s goons so on edge?

The LA field report lays out three criteria under which a film can be identified to have propagandistic tendencies. Two of these are especially pertinent to It’s a Wonderful Life, embodying as they do the two opposing forces in the film’s narrative. The first is when

Values or institutions judged to be particularly anti-American or pro-Communist are glorified in a movie. Examples: Failure; depravity; the “common man”; the collective.

It’s here we can see the FBI’s cynical assessment of the picture’s hero, Jimmy Stewart as George Bailey — a down-on-his-luck dreamer who sacrifices his own hopes for travel and success to sustain a small-town building and loan business inherited from his father. George’s life’s work is to issue mortgages to the working folk of Midwest Bedford Falls so they can buy their own homes and move out of the town’s run-down slums. Stewart delivers some of the character’s most rousing monologues in defense of the plight of the working class — the people who “do most of the working and paying and living and dying in this community” — usually in direct protest to his foil, who embodies the second FBI criterion of note:

Values or institutions judged to be particularly American are smeared or presented as evil in a movie. Examples: The free enterprise system; industrialists’ wealth; the profit motive; success; the independent man.

The duplicitous, greedy Mr Potter, played to poisonous perfection by Lionel Barrymore, is the quintessential capitalist ogre scheming to seize control of all property and business in the town and keep working families renting shacks in the slums he owns. Bailey, the last man standing between Potter and the complete domination of Bedford Falls, stands in the way of exceptionalism, individualism, and the prosperity of “free enterprise.” Long held up as a gold standard of the all-American everyman hero on-screen, he becomes, in the mind of the FBI, a foot soldier in the campaign to destroy Western civilization.

Of course, when one looks beyond the film’s narrative properties to the people involved, as the FBI did, the argument fails. The report names screenwriters Frances Goodrich and Albert Hackett as individuals known to be “very close to Communists,” and indeed other suspected affiliates, such as blacklisted penman Dalton Trumbo, were known to have taken uncredited passes at the script on its journey to the screen. But the two dominant personalities on It’s a Wonderful Life — director Capra and star Stewart — could not have been further from persons of interest.

While known for their work on populist “little man vs. the system” features, most notably in 1939’s Mr. Smith Goes to Washington, both men were in fact registered and staunch Republicans. Capra himself had openly expressed admiration for the fascist regimes of both Benito Mussolini and Francisco Franco. While he would work with known left-wing screenwriters such as Jo Swerling, Robert Riskin, and Sidney Buchman, he also worked to preserve his own establishment credibility and distance himself from the proclivities of his collaborators by serving as an informant for the FBI on his left-leaning contemporaries.

Ultimately, It’s A Wonderful Life (and its reception) is the product of a tension between conflicting personalities and agendas — the end result being a heartwarming tale, certainly, but one without an explicit ideological framework. It’s a story about the importance of each of us to the community — a pure enough core conceit from which viewers of all stripes can pull whatever message might suit them best.

Reflecting on the FBI investigation, John A. Noakes surmises that the conflict between Bailey and Potter represents not the struggle of communism against capitalism but instead a “dying form” of mom-and-pop small-business-centric capitalism against the “more centralized, more corporate” form that would ultimately take its place in the second half of the twentieth century. That said, there are likely plenty of discerning socialists cozying up with loved ones to watch this film as Christmas approaches. So, what can we pull from it?

It’s A Wonderful Life reads to me as the triumph of collective action over individual interest. To spoil a seventy-five-year-old film: George is driven near to suicide by the threat of bankruptcy and jail when an $8,000 deposit falls into the hands of Potter, convinced that everyone would be better off if he had never been born. But the townspeople, mobilized by George’s wife Mary (Donna Reed), are ultimately his salvation as they pull together crumpled dollars and spare change to make up the deficit. This moving display of mutual support takes place off-screen while George is shown a dystopian world in which he doesn’t exist by his guardian angel Clarence (Henry Travers) to remind him of his value.

The FBI’s report assesses Potter to be a “scrooge-like” character, but he is not redeemed like his predecessor and therefore plays no role in the film’s euphoric conclusion. It’s instead a resounding confirmation that the people cannot look to the capitalists who control our systems and resources to save us; we must look to each other.

Rhys Handley is a cultural journalist from Doncaster, northern England. He currently works as a coordinator for Action Tutoring, a nationwide charity providing extracurricular support for disadvantaged pupils.