Rank-and-file unionism, nationally, is taking center stage in many strikes and union actions across the country. “The labor movement was becoming hot, members were really getting activated and needed a way to organize and funnel that energy.” 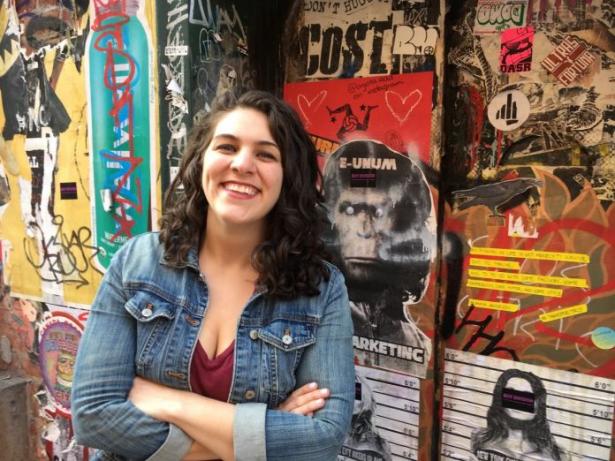 The last six years have seen dynamic shifts in the gains Equity has been able to make and the way in which they organize to meet their goals. In 2019, for the first time in fifty years, Equity went on strike—theatre workers walked off the job and demanded profit participation in Broadway development projects. In 2016, major wage increases were won from off-Broadway producers through the #fairwageonstage movement. Bottom-up, rank-and-file internal organizing has been on the rise inside the union, which, prior to 2017 didn’t even have an organizing department. Pre-pandemic, Equity had been stretching their organizing muscles, and now post-vaccine, they appear on the verge of doing so again. Three major contracts—for touring, production, and the League of Resident Theatres—will be renegotiated in 2022. Serious contract campaigns are anticipated. Probably in anticipation of those campaigns, Equity has created the role of Mobilization Director, which has been filled by longtime labor organizer, Stefanie Frey.

Frey, an Equity stage manager, has been at the heart of many of the major actions and contract gains the union has been able to make in the last six years. She takes on this new role just as theatre experiences a post-vaccine surge back to life, and rank-and-file unionism, nationally, takes center stage in the many strikes and union actions taking place across the country.

Frey told Observer, “The labor movement was becoming hot, so to speak, and members were really getting activated and needed a way to organize and funnel that energy.”

Frey spoke to Observer about her history of activating Equity members to take collective action and the need to confront the exploitative culture within theatre. “There’s definitely a culture of being thankful for the job and exposure,” Frey told Observer. “In theatre you’re taught at a university level—be thankful for your job.” Back in 2016, as Off-Broadway Business Representative for Equity, Frey was part of a paradigm shifting project, #fairwageonstage, a rank-and-file movement to increase weekly wages for Off-Broadway actors. At the time, Off-Broadway theatres, which raise a lot of money from grants and foundations, were paying actors merely from ticket sales. Theatre workers were, in some instances, working for below minimum wage.

Frey told Observer, “People were working for $400 a week in New York City. It wasn’t even about fair, it was about getting to the point of a living wage.” This was the first time the union had stretched organizing muscles not used in many years. Their movement, a long-term project that involved organizing members in their thousands, took Off-Broadway producers by surprise. In the end, after nearly going on strike, they were able to cut a deal that included, in some theatres, an 84% wage increase.

Years later, in 2019, having moved from business rep to national organizer, Frey organized members for the 2019 strike against the Broadway League for profit participation. Equity members participating in Broadway development labs and workshops were being paid a pittance for their work. These theatre workers were assisting in the development of shows which, in some cases, would go on to make billions in ticket sales. Frey told Observer, “Everybody’s worked a crappy development project and has been frustrated seeing it go to Broadway, and lines that they helped create end up in the show and they don’t get anything for it.” The system was broken and deeply unfair. Equity members wanted a piece of the pie.

The 2019 strike for profit participation was the first Equity strike in over a generation. Organizers like Frey were figuring out how to activate theatre professionals in the 21st century: a group of people known for having individualistic mindsets when it comes to navigating their careers. Frey told Observer, “A lot of it was just going to people and saying this is it, this is the moment, it’s kind of now or never.” Equity successfully convinced members that they had to withhold their labor and shut the system down in order to make gains. Actors had to relearn how to go on strike and decide, as Frey says, “I would much rather do this [strike], so it pushes us to fix the model, than sit here and work for 100 bucks and a water bottle.” They went on strike and within a week producers decided to cancel or postpone their development projects. After striking against the Broadway League for 33 days, Equity won wage increases and were able to negotiate for a share of future profits off development projects for actors and stage managers.

Back at Equity after a stint as senior mobilizer for the NewsGuild of New York, Stefanie Frey has taken on the role of Mobilization Director. With her deep background in militant member organizing, the job seems designed for her. Frey told Observer, “During COVID especially there’s less of a need of organizing as we think of it as adding jobs or external organizing, and there’s more of a need for organizing members together and mobilizing them.”

The creation of the Mobilization Director role, and Frey’s return to Equity, is merely a continuation of the union’s turn towards member organizing, ongoing for the last six years. However, this shift in tactics is taking place amid a national shift in union militancy, with strikes and unionization efforts large and small, from Kellogg to the San Antonio Symphony, occurring everywhere. Additionally, with live theatre shut down for nearly two years, and many theatre workers forced out of the industry entirely, actors and stage managers remaining have little to lose and much to fight for. Amid show closures and cancellations on Broadway during the spread of Omicron, live theatre is changing in real time. With three contracts up for renegotiation in 2022, Equity has assembled a deep bench of organizers to allow members to raise their voices and take action together. Having stretched their muscles in winning campaigns in the last six years, Equity may be capable of mobilizing members in large numbers in ways that haven’t been seen in a generation.

[Annie Levin writes about the arts, culture, and politics and everything in-between. Follow her on Twitter at @annierlevin.]