labor Will the Starbucks Union Victories Ignite Organizing Across the Country?

Today's labor upsurge could simply evaporate, but it's also possible that we're at the dawn of a new era, one in which the working underclass is drawn, like the industrial workers of the 1930s, into the mainstream and the labor movement is empowered. 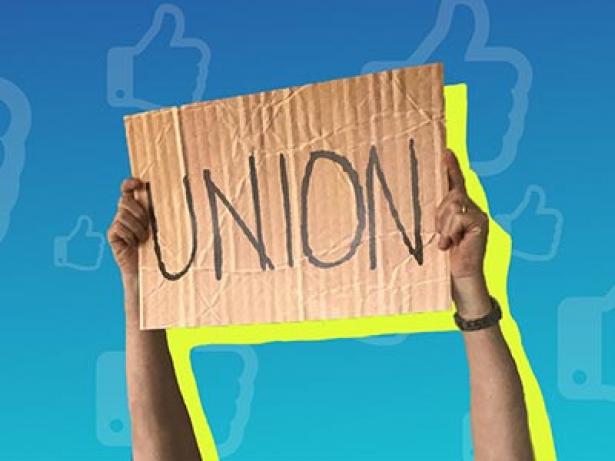 Last Monday, the National Labor Relations Board (NLRB) announced that Workers United (an affiliate of the Service Employees International Union) had won a second union election at a Buffalo-area Starbucks store — after a historic victory last month — meaning the union was victorious in two out of three elections, thereby creating the only unionized Starbucks stores in the United States. Starbucks workers are now organizing in Boston, Chicago, Seattle and also at stores in several states which have historically had weak union movements, including Arizona, Colorado, Tennessee, and elsewhere, thus raising the question of whether this represents a pivotal moment in the history of American unions.

The Starbucks union campaign could “light a fuse” among non-union workers and take off national like the General Motors (GM) Flint sit-down strike did in 1936-37 — which played a significant role in inspiring industrial militancy during the New Deal — thus signaling an organizing wave across the low-wage service sector. And if this were to happen, it would turn on its head long-held traditional logic about how structural changes in the economy — the movement away from larger industrial workplaces to much smaller service sector workplaces — has disadvantaged unions and benefited large corporations. Unions have a lousy record in recent years when it comes to big, high-profile private-sector organizing campaigns — Nissan, Boeing, Volkswagen, Delta — for obvious reasons: when you have a powerful and wealthy corporation that can focus its overwhelming anti-union firepower on one campaign, it will likely prevail under the current NLRB election process.

In contrast, the critical issue is the ability of Starbucks union victories to inspire and create a sense that something has fundamentally changed in the labor world. In terms of reversing decades of union decline, winning at 1000 Starbucks stores would be meaningless — now representing just over 6 percent of private sector workers, U.S. unions cannot simply “organize” themselves out of this deep hole — but in terms of creating momentum and generating a sense of excitement, winning 100 elections would be the biggest thing to happen to the labor movement for decades. And if the campaign catches fire, it would not require a huge investment of resources on the part of Workers United, which is providing legal representation for the workers, but not that much else — so the usual discussions about the cost-benefit considerations of organizing at  thousands of tiny workplaces don't readily apply.

And how could Starbucks management fight 50 or 100 union campaigns at once? The company couldn't fly dozens of managers to every hot spot like it did at Buffalo, and it wasn't even successful in stopping unionization there. Indeed, there's arguably not much management could do — raise wages, create more full-time positions — that might stop the organizing in its tracks, were it to take off. Starbucks workers say they aren't being treated fairly and they want an independent voice. Sure, they have specific complaints — several of which have been exacerbated by the stresses of the pandemic — but if baristas begin to think of unions as the institutional manifestation of their notion of just treatment at work, Starbucks management may not be able to stop them for organizing in significant numbers.

The Public Gaze and the Biden NLRB

The union campaign at Starbucks, and the one at Amazon, face intense public gaze — because of social media, the pandemic, increased activism among young workers, and because the American public is connected to those corporations in a way it never was connected to GM or Ford in the 1930s — which makes what's happening good media copy. And one shouldn’t underestimate the importance of Biden National Labor Relations Board (NLRB), which enabled Starbucks workers to vote on a store-by-store basis and pressured Amazon to rein in its anti-union activities. Finally, the labor movement — or parts of it — is now more receptive to new, and often non-traditional, kinds of workers. The membership of the United Auto Workers — the quintessential new mass-production union of the 1930s — is now one quarter graduate students and postdocs, which speaks volumes about the organizational flexibility of today’s labor movement.

We're now at an interesting juncture in the history of U.S. unionism. All the recent union talk, the October-November strike activity and the like could simply all go up in a puff of smoke — but we could equally be on the cusp of a big change for the labor movement. Labor activists like to make comparisons with the labor militancy of the 1930s, but in reality, the current situation is more reminiscent of the 1920s, when it was not immediately clear how mass-production workers could fit into labor movement that, at the time, was based almost entirely on craft skills. That issue — who belongs in the labor movement? — is rarely articulated, but is fundamental, and workers at Starbucks (and Amazon, which, we learned on Tuesday, will face a new union election in Alabama next month might just be the makings of a new labor movement.

All this activism could simply evaporate — just another false dawn for unions — but it's also possible that we're at the dawn of a new era, one in which the working underclass is drawn, like the industrial workers of the 1930s, into the mainstream and the labor movement is empowered. But does being unionized then become just one more attribute of being a barista? Or does union success at Starbucks signal a nationwide organizing wave across the low-wage service sector? 2022 might just be the year we see the beginnings of a new American labor movement.

John Logan is Professor and Director of Labor and Employment Studies at San Francisco State University.