Two-time Oscar winner Asghar Farhadi hits home once more with this complex tale of a debtor who tries to make good. 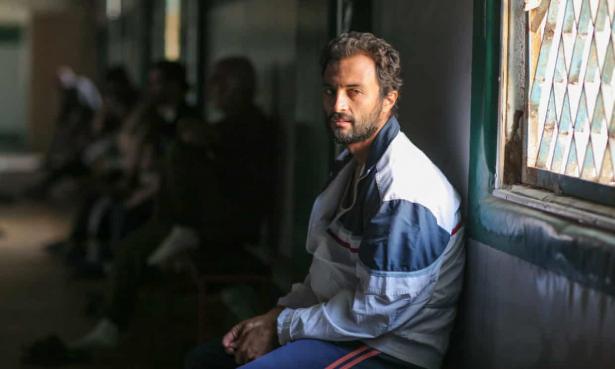 Rahim (Amir Jadidi) is on two-day leave from debtors’ prison when his girlfriend, Farkhondeh (Sahir Goldoust), chances upon a pile of gold. Sure, it’s in a handbag that doesn’t belong to her, but has been abandoned at a bus stop, so she decides the coins are fair game. The pair plan to pawn them and pay off some of Rahim’s debt, but ultimately decide to return the money to its owner. Yet in this wry moral drama from the Oscar-winning Iranian film-maker Asghar Farhadi (A Separation, The Salesman), no good deed goes unpunished.

Rahim’s simple act becomes the talk of the town; much like a tweet gone viral, it’s quickly taken out of context. Gossip spreads through the city of Shiraz, warping his story into a feat of nobility and turning him into an inadvertent public figure. It’s an opportunity the desperate Rahim embraces all too readily, eager to improve his reputation. Jadidi is brilliant as a man whose hangdog expression miraculously melts away in front of the camera. The local TV news station laps it up.

“Where in the world are people celebrated for not doing wrong?” fumes Bahram (Mohsen Tanabandeh), Rahim’s antagonistic creditor. Meanwhile, a charity organizes a community fundraiser to help the reformed convict. In his appeals to the public, Rahim enlists his son, who has a severe speech impediment, as a kind of sympathetic prop. Refreshingly, Farhadi is ambivalent towards his “hero”, and his control over the film’s tone is masterful; what begins as funny and almost farcical, soon shifts into something much sadder and more sobering.