Let's Not Allow the Great Powers to Destroy the World

Throughout history, "the most powerful, most heavily-armed countries, which had the best chances of emerging victorious in a military conflict, were usually the most eager for it." 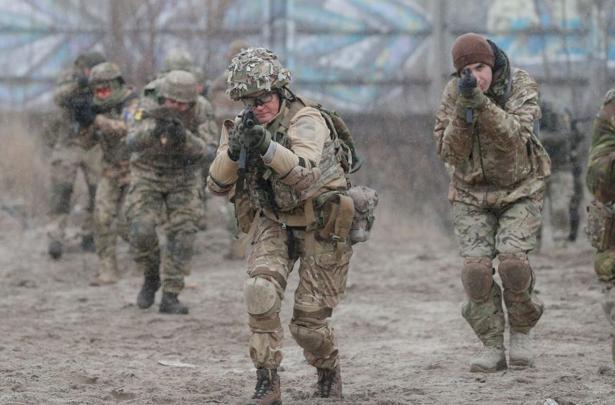 The vast destruction wrought by the atomic bombing of Japan in August 1945 should have been enough to convince national governments that the game of war was over.

Wars have had a long run among rival territories and, later, nations, with fierce conflicts between Athens and Sparta, Rome and Carthage, Spain and Britain, and the combatants of World Wars I and II among the best-known. Although the wars had a variety of causes and were sometimes promoted with lofty ideals and slogans, they were often occasioned by disputes over territory and resources. Not surprisingly, the most powerful, most heavily-armed countries, which had the best chances of emerging victorious in a military conflict, were usually the most eager for it.

With the advent of nuclear weapons, however, the traditional pattern of great power conflict—regarding other nations as enemies, confronting them militarily, and waging devastating wars against them—had acquired a ghostly quality.  As Albert Einstein remarked:  "General annihilation beckons."

Share this article on
Today, the great power war game is particularly evident in Ukraine, where nuclear-armed nations are engaged in a tense standoff.

Unfortunately, the governments of the great powers were slow to learn this lesson. Despite their professed support for international security under the leadership of the United Nations, they expanded their military budgets and engaged in new military invasions and wars. Meanwhile, they built vast nuclear armadas to prepare for future armed conflicts.

Today, the great power war game is particularly evident in Ukraine, where nuclear-armed nations are engaged in a tense standoff.  Russia, which seized portions of eastern Ukraine in 2014, has massed 100,000 troops, plus missiles, tanks, and warships, on the borders of that nation. And, although the Russian government has denied any intention to invade, its military juggernaut has clearly not been assembled to play potsy. Indeed, President Vladimir Putin has issued ultimatums demanding that NATO reject membership for Ukraine and remove military forces from NATO nations in much of Eastern Europe.

Although dismissing any intention of sending troops to Ukraine, the U.S. government, along with its NATO partners, has been dispatching defensive weapons to the Ukrainian government and threatening a “severe” response to a Russian invasion. The U.S. government maintains that it is merely trying to avert Russia’s invasion or takeover of a weaker neighbor. But the Ukraine confrontation might have been avoided had previous U.S. administrations not incensed Russia’s rulers by blithely expanding NATO eastward—right up to Russia’s border.

It's certainly an explosive situation, as well as an exceptionally dangerous one, particularly given the fact that Russia and the United States each possess about 6,000 nuclear weapons.

Nor is this the world’s only current military confrontation between nuclear powers, for U.S.-China relations have also grown increasingly tense.

In recent years, the Chinese government has adopted a harder line in world affairs, turning disputed islands in the South China Sea into military bases and steadily building up Chinese military power. Meanwhile, its armed forces have engaged in repeated, dangerous face-offs with U.S. warships in the region. In addition, the Chinese government has begun to menace neighboring Taiwan, flying hundreds of warplanes into that island’s airspace.

The U.S. government, in turn, has sharply contested China’s assertion of great power status.  In addition to conducting military exercises in the South China Sea, often skirting Chinese-claimed and -occupied islands, it has created a military alliance against China and supplied Taiwan, which China considers a breakaway province, with advanced weaponry.  According to the Pentagon, this year’s ramped-up U.S. military budget is designed to “prioritize China.”

Although a war between China and the United States is most likely to begin with conventional weapons, it could easily escalate into a nuclear war. Both nations possess advanced nuclear weaponry and, though the United States has a very substantial advantage in numbers, the Chinese lead, so far, in the production of hypersonic nuclear weapons. Such weapons travel more than five times faster than the speed of sound and have greater maneuverability than other nuclear-armed missiles.

If these developments seem to indicate that the great powers have not yet learned the lesson about war taught by the destruction of Hiroshima and Nagasaki, that is because they haven’t. And so the game continues.

Constraining the dangerous proclivity for war of the great powers—and their wannabes—necessitates building an organizational structure with the responsibility and power to maintain international security.

Numerous plans have been suggested to defuse these latest showdowns among the great powers. In the case of the U.S.-Russian confrontation, some analysts have recommended  implementing the Minsk formula for the autonomy of eastern Ukraine. Others have suggested a broader settlement, including Western acknowledgement of legitimate Russian security concerns and Russian acceptance that it cannot make Ukraine a vassal state or force the Baltic nations to abandon their NATO membership.  In the case of the U.S.-China confrontation, concerned observers have sought to avert a war by calling attention to its dangers and championing cooperative projects between the two nations. These or other policies might yet save the day. Or they might not.

In the long run, however, constraining the dangerous proclivity for war of the great powers—and their wannabes—necessitates building an organizational structure with the responsibility and power to maintain international security. Such a project clearly requires a stronger system of global governance—a system more capable of enforcing international law than the one we now possess.

Although the United Nations was created with the proclaimed goal of curbing the reckless behavior of individual governments, the world organization is obviously not strong enough to accomplish this task. Indeed, the great powers, contrary to their rhetoric, never allowed it to assume this role, for enhanced UN authority would have interfered with their own military ventures.

But it still remains possible to cast off outdated fantasies of national glory and strengthen the United Nations as a key force for peace.  This action, a truly meaningful response to the nuclear age, would dramatically improve the possibilities for saving the world from destruction by the great powers.

[Dr. Lawrence S. Wittner  is Professor of History Emeritus at SUNY/Albany and the author of "Confronting the Bomb: A Short History of the World Nuclear Disarmament Movement" (2009).]