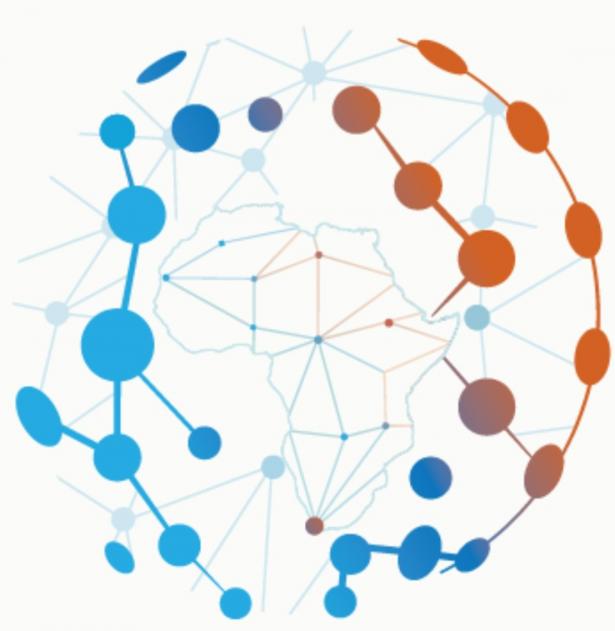 It took a pandemic for the world to learn that African countries import 99% of their vaccines. Africa has around ten vaccine manufacturers, but most do not make a vaccine’s active ingredients, and instead ‘fill and finish’ imported products. A lack of manufacturing is one reason that only 11% of the continent’s people have been fully vaccinated against COVID-19. African leaders, meeting for their annual summit in Addis Ababa last week, reiterated a target of vaccinating 70% of their populations this year. But the World Health Organization (WHO) has said that this would need a sixfold increase in weekly vaccinations — from 6 million people to 36 million. So far, only Mauritius and Seychelles have met the 70% target, and COVAX, an initiative to provide vaccines for low- and middle-income countries, is running out of money.

African countries continually find themselves at the back of the vaccine queue, but two developments could begin to change this narrative. Last week, researchers at a company in South Africa said that they have nearly completed the process of reproducing Moderna’s mRNA vaccine against COVID-19. Working with the WHO’s technology-transfer hub, the researchers at Afrigen Biologics and Vaccines in Cape Town made very small quantities of vaccine, based on Moderna’s data, but without the company’s involvement. The WHO advised them to copy Moderna’s vaccine in part because the company, based in Cambridge, Massachusetts, has said it will not enforce its COVID-19 patents during the pandemic. 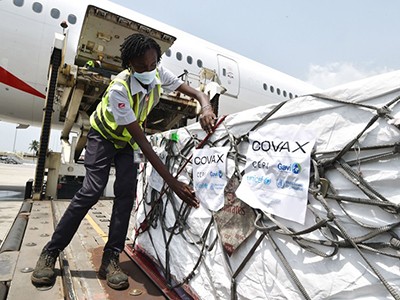 How COVID spurred Africa to plot a vaccines revolution

Deciding when the pandemic is over, and whether next-generation mRNA vaccines might infringe particular patents, is fraught with difficulty. But a second development would make life easier for smaller manufacturers that can make mRNA vaccines and scale up production. World Trade Organization (WTO) member states might be edging closer to an agreement to waive intellectual-property rights for COVID-19 vaccines and treatments during the pandemic.

This idea, proposed by India and South Africa, has the backing of more than 100 nations, as well as that of researchers, campaign groups, businesses and media outlets, including Nature. The European Union, Switzerland and the United Kingdom are opposed, but WTO director-general Ngozi Okonjo-Iweala is working to resolve the differences. One possible compromise could be for the waiver to apply only in countries that lack vaccine manufacturing and research.

Countries opposing the waiver argue that it is unlikely to change the course of the pandemic, partly because transferring knowledge and ramping up manufacturing capacity would take years. But the achievements of the researchers in South Africa show that this is not the case. Moreover, the waiver’s function is to catalyse manufacturing where this is lacking, create greater self-sufficiency and ensure that vaccines reach vulnerable populations more quickly. Pharmaceutical companies are concerned about losing profits, but researchers who study the economics of the industry argue that it should consider giving something back, considering the scale of public funding for COVID-19 vaccines (L. Hawksbee et al. BMJ 376, e067367; 2022). 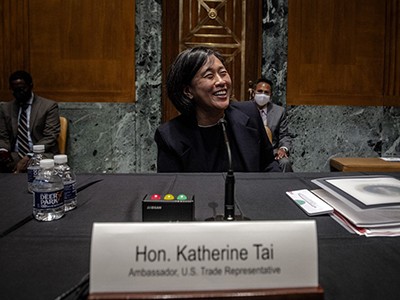 A patent waiver on COVID vaccines is right and fair

Companies need to accept that the WTO talks seem to be inching towards a consensus. African Union member states, moreover, are implementing a target announced last April for 60% of Africa’s routinely used vaccines to be made on the continent within the next two decades. The African Development Bank plans to invest up to US$3 billion to support the pharmaceutical industry over 10 years, the bank’s vice-president for infrastructure, Solomon Quaynor, told Nature. This will include funding for transport and logistics infrastructure, and supporting Africa’s capacity for medicines regulation. Around $100 million will be invested annually in pharmaceuticals manufacturing, including vaccines. The aim is to support two to three companies or projects each year. In addition, BioNTech in Mainz, Germany, which produced an mRNA vaccine with New York-based Pfizer, has announced that it will build manufacturing plants in Rwanda and Senegal — welcome recognition that something is wrong when vaccine manufacturing is almost completely absent from an entire continent.

The large manufacturers have been supplying COVAX with vaccines, and that has been crucial for Africa, with nearly 60% of doses coming from this one source. Last month, it administered its billionth dose, but it is short of funds and urgently needs $5 billion to distribute doses. One of COVAX’s biggest challenges has been that neither governments nor suppliers have been fully transparent. Companies tend to keep details of vaccine doses and prices confidential. The problem with this is that a company, having agreed to supply COVAX, can still prioritize a higher-paying customer. COVAX is left waiting, and no one will know why. If COVAX is to improve vaccine supply, governments should publish data on prices paid and delivery time-tables. Companies want to keep prices secret so that their competitors don’t know what they are charging. But this might be a short-lived benefit, because that information will eventually come out in national audits.

COVAX has been essential to Africa’s fight against COVID-19. But, ultimately, countries should not have to rely on aid for vaccination. African countries must be supported in their efforts to own the process, through patent waivers and support for boosting capacity, including that from the WHO‘s technology-transfer hub. A special collection of articles in the latest issue of the journal Nature Human Behaviour shows clearly that equitable vaccination is within reach — and that it benefits everyone. The efforts of scientists in South Africa and their collaborators around the world should be valued and applauded: they have shown how vaccine production can happen on any continent.