Far too often, no-knock warrants and raids have severe and deadly consequences, resulting in property damage, trauma, and death. 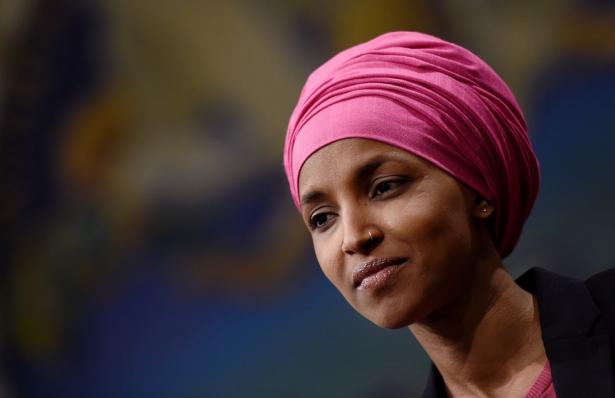 Congresswoman Ilhan Omar on Tuesday stood up for people of color by introducing a bill calling for limitations on no-knock warrants in drug-related cases.

The Minnesota Democrat, originally from Somalia, named the bill after Amir Locke, a 22-year-old Black man who was shot to death by a Minneapolis SWAT officer during a no-knock search warrant (a warrant issued by a judge that allows police to enter a property without previously notifying the residents) on February 2. The officer, Mark Hanneman, has not been charged in the killing and is currently on paid leave while the Minnesota Bureau of Criminal Apprehension investigates the incident, according to ABC News.

The introduction of the bill also comes two years after the death of 26-year-old Breonna Taylor, a Black woman who died after police broke into the Louisville home she shared with her boyfriend during a no-knock warrant.

If passed, the Amir Locke End Deadly No-Knock Warrants Act would ban “quick-knock” warrants, nighttime warrants, and the use of explosive devices, chemical weapons, and military-grade firearms during warrants in the United States.

“Far too often, no-knock warrants and raids have severe and deadly consequences, resulting in property damage, trauma, and death,” Omar said in a statement on Tuesday.

Following Taylor’s death, Louisville passed Breonna’s Law, banning no-knock warrants. At least 34 states now have some kind of limitation when it comes to the warrants, and Florida, Oregon, and Virginia have banned them entirely. But that’s not enough. 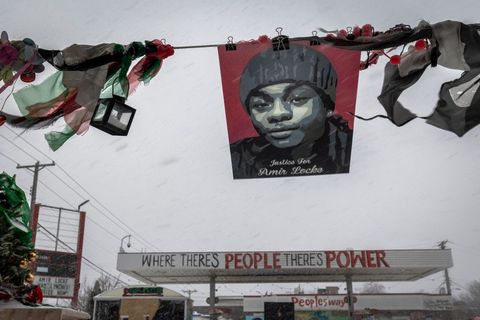 Amir Locke’s picture is seen during a heavy snowstorm at George Floyd Square in Minneapolis, Minnesota, on February 22, 2022.

There is overwhelming evidence that people of color have been disproportionately targeted by police. A 2020 American Civil Liberties Union report found that Black people are more than three and a half times more likely to be arrested for marijuana offenses than white people, despite there being data that proves both races use the drug at similar rates.

The war on drugs has directly impacted the community, and police brutality has come with it. A 2014 ACLU survey of SWAT teams across the United States found that “dynamic entry” and military-style police tactics are more often used against Black and Latino people, with most of these raids investigating low-level drug crimes.

No-knock warrants are meant to be used when police officers believe they are going into a dangerous situation, think evidence will be destroyed by the suspect if they are given notice, or in hostage or active-shooter situations, Patrick Yoes, the president of the Fraternal Order of Police, said, per ABC News.

So why is it that so many people of color are killed in such brutal attacks over marijuana, which is already legal in nearly 20 states?

Between 2018 and 2020, before no-knock warrants were banned in the city, the Louisville Metro Police Department received court approval for at least 27 no-knock warrants. An investigation by The Courier Journal showed that for 22 of those warrants, 82 percent of the suspects were Black and 68 percent lived in predominantly Black neighborhoods, USA Today reported.

“The use of no-knock warrants has a deep-rooted history in division, racism, and the criminalization of Black and Brown people,” Omar said in a press call.

The criminal justice system has been racist since it was founded, and while the solution lies in early education, police reform, and racial diversity within police departments, among other things, legislation—to ensure unprovoked deaths at the hands of police are not ignored—is a start.

What Omar’s bill means for people of color is that every day, police have less and less excuses to unfairly target us. 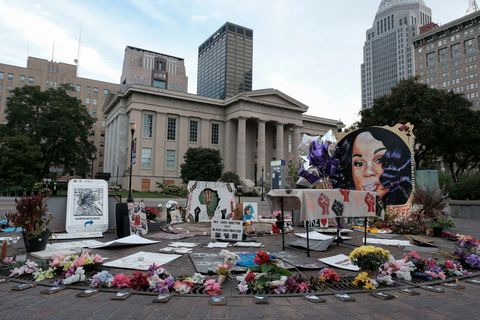 A memorial to Breonna Taylor, placed in Jefferson Square Park, is photographed in downtown Louisville, Kentucky, on September 23, 2020.

“It is unconscionable that no-knock warrants continue to be in effect with little to no restrictions, regulations, and regard for the impact on lives,” Omar said in her original statement. “These preventable tragedies result in mistrust and leave behind deep wounds for families and communities that have a long history of aggressive over-policing.”

The bill was co-sponsored by 28 House lawmakers and is endorsed by many advocates and organizations, The Hill reported. President Joe Biden also said last month that he supports the end of no-knock warrants.