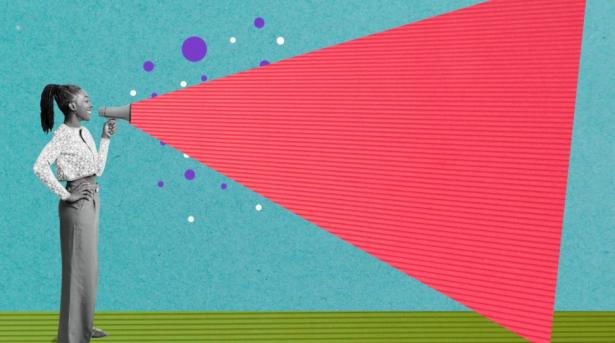 You’re a grocery worker. Another COVID surge is ramping up. Hundreds of rotating customers rush in every hour without masks, and you have no plexiglass or basic protections. What do you do?

That’s where the Emergency Workplace Organizing Committee (EWOC) comes in. The project was formed jointly by the Democratic Socialists of America (DSA) and the United Electrical, Radio, and Machine Workers of America (UE) union to help non-unionized workers organize amid the life-threatening conditions of the pandemic — and beyond. Over the past two years, EWOC has helped workers across industries win through collective action in the workplace.

After a worker contacts EWOC, they are connected with a trained volunteer organizer who supports them and their coworkers in running their own campaign. For instance, at Sprouts Farmers Market in McAllen, Texas, more than 30 workers formed an organizing committee to petition management for personal protective equipment and “hazard pay.”

Initially, some workers were scared that Sprouts would retaliate against them for organizing. But Michael Martinez, a Sprouts employee at the time, says EWOC helped them understand that “there is strength in numbers” and “as a collective unit, we can win.”

Their committee passed out “know your rights” cards to workers and asked everyone to sign a petition. As a result, they won masks, gloves, protective barriers at registers, and a limit on the number of workers allowed in the store at once.

Foxtrot, which delivers groceries in Chicago, Illinois, aimed to make shopping feel as normal as possible, according to Sarah Stearn, who worked as a Foxtrot dispatcher at the start of the pandemic. After reaching out to EWOC, workers at several Foxtrot stores collected phone numbers to call one another after work. The petition they started for safer conditions grew by hundreds of signatures a day, prompting management to enforce social distancing signage, provide $1+/hour hazard pay, and to make contactless delivery the default setting on Foxtrot’s app, says Stearn.

Those who have organized with the support of EWOC emphasize the power of collective action. “The reality is, when you work full time, you spend more time with your coworkers than you do your actual family,” says Martinez. “We also realized that we can stand up and make our voices be heard if we worked together.”

Workers at colleges and universities around the country are also finding this to be true. By coming together, a coalition of hundreds of academic workers at Marquette University successfully fought back when President Michael Lovell used lower enrollment numbers and a corresponding budget shortfall during the pandemic as a reason to slash programs and employees, despite a significant endowment.

Marquette Academic Workers Union (MAWU), an organizing committee formed during a previous attempt to unionize graduate workers and non-tenure-track faculty, contacted EWOC and began planning a series of actions to prevent layoffs. They created a coalition with Our Marquette, a group representing concerned faculty, and worked in mutual support with undergraduate students. MAWU led the action-planning, and together the coalition and students held rallies, sit-ins, and press conferences, leading up to a sick-out to protest the 450 planned layoffs. As a result, Lovell reduced the number of layoffs to less than 50.

MAWU member Sarah Kizuk still hopes to unionize in the future: “We didn't win vacation time or pay increases, but we won some self-respect and courage, and for the approximately 400 people who did not lose their jobs, they retained their employ.”

For graduate workers at Ohio State University, visibility was key to winning. Aided by EWOC, they organized a socially distanced rally, a car caravan, and an action where workers blanketed the campus commons with signs that put visuals to the number of COVID cases. They found creative ways to make their message visible during a time when in-person activities were difficult — and won $4,000 raises for a majority of the 11,000 graduate workers.

After winning demands, some committees assisted by EWOC go on to unionize. At Bookshop Santa Cruz, workers say they felt empowered by winning transparency for store policies related to COVID. EWOC connected them with the Communications Workers of America, and the organization helped them hold a union election.

During the unionization drive, employees stayed connected through phone calls and Zoom meetings. They held rallies at which they received support from their local DSA chapter. As a union, they’re fighting for semiannual pay raises and anti-racist procedures for dealing with shoplifting. Celeste Orlosky, head of the used-book department, says of the organizing, “I am a better worker, organizer, and human being for having been a part of this.”

After a year of unprecedented labor shortages, and on the heels of a historic union win for Starbucks workers in Buffalo, the year ahead feels ripe with organizing potential for industries that may have been very difficult to unionize before. The disability support workers at Community Integrated Services (CIS) in Philadelphia, for example, staged public actions and demanded that management negotiate with them for better working conditions during a time when they and members of the disabled community they serve were being exposed to, and sometimes contracting, COVID. Management responded with new disciplinary rules, allowing CIS to discipline or fire workers for talking about organizing. So the workers filed an unfair labor practice case with the National Labor Relations Board, which resulted in a settlement between CIS Workers United and management. Ultimately, CIS rescinded the new policies and affirmed that the employees have a right to organize.

In many ways, the past two years have proved that anything is possible when workers come together. This time has also shown that management's union-busting playbook is growing more brazen. In short, we're at a critical juncture, and the broad scope and flexibility of a project like EWOC is well suited to our moment. One thing is for certain: Nothing for the workers without the workers.

Stay up-to-date with the politics team. Sign up for the Teen Vogue Take