Once Again, America Is in Denial About Signs of a Fresh COVID Wave

In the past couple of weeks, UK, Germany, France and others are experiencing a new wave. The US should get ready

March 21, 2022 Eric Topol The Guardian
Printer friendly
Once Again, America Is in Denial About Signs of a Fresh COVID Wave Published March 21, 2022 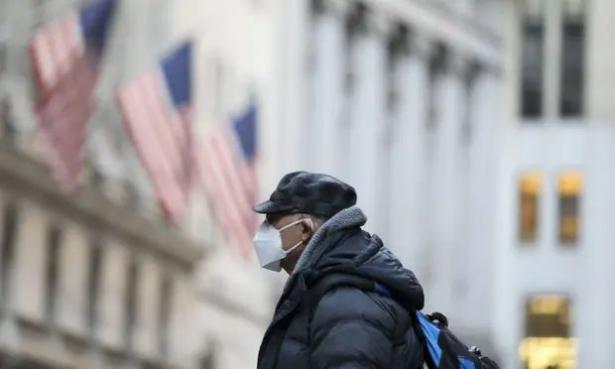 Unfortunately, we have a mindset that the pandemic is over, which couldn’t be further than the truth.,Xinhua/REX/Shutterstock

When it comes to Covid, the United States specializes in denialism. Deny the human-to-human transmission of the virus when China’s first cases were publicized in late 2019. Deny that the virus is airborne. Deny the need for boosters across all adult age groups. There are many more examples, but now one stands out – learning from other countries.

In early 2020, with the major outbreak in the Lombardy region of Italy that rapidly and profoundly outstripped hospital resources and medical staffing, Americans expressed confidence that it won’t happen here. That it couldn’t happen here. And then it did.

Fast forward two years of the pandemic: the United Kingdom and Europe have provided five unmistakable warnings to America that a new surge was occurring. Within weeks, each time, the United States experienced a new wave, some not as severe (such as with the Alpha variant), some worse (Delta and Omicron variants). From this Covid track record over two years, it is palpable: what happens in the UK and Europe doesn’t stay in the UK and Europe.

In the past couple of weeks, the UK and several countries in Europe, including Germany, France and Switzerland, are experiencing a new wave. At least 12 countries, geographically extending from Finland to Greece, are experiencing new increases in cases, some quite marked, such as Austria exceeding its pandemic peak, and Finland with an 85% increase from the prior week. Many of these countries are also showing a rise in hospital admissions.

This is the sixth warning from the UK and Europe to the United States.

Indications within the United States support the idea that new wave is already getting started. Wastewater surveillance is relatively sparse in the United States, but 15% of the 410 sites where it was conducted between 24 February to 10 March 2022 showed a greater than 1000% increase compared with the prior 15-day period. Also, the BA.2 variant is gaining steam in the United States and is now accounting for more than 30% of new cases.

The root cause for the new wave is hard to pin down. Certainly, the BA.2 variant is known to have increased transmission, at least about 30% more than its sister lineage, Omicron BA.1. With the concomitant reduction of mitigation restrictions and waning immunity protection of vaccines, that transmission advantage will increase. This “BA.2 triad” of factors is thus hard to dissect, as they are clearly interdependent. Rather than focusing on what precisely is driving the new wave, the imperative is to drive some preventive action.

As with the first five warnings from the UK and Europe, the United States did not take heed. Instead of proactively gearing up with non-pharmaceutical interventions (masks, quality of masks, distancing, air filtration, ventilation, aggressive testing, etc.), it just reacted to the surges when they were manifest. Now we are at a point with very low vaccination and booster rates, only 64% of the populations has had two shots, and 29% three shots. That puts the United States at 65th and 70th in the world ranking of countries, respectively.

Indeed, the people who need protection the most, besides those who are immunocompromised, are the 65-plus group. The US has a booster rate of 65% in this age group, whereas the UK and many European and Asian countries exceed a 90% booster rate for people 65 and over.

This is a critical issue, because there is a substantial dropdown of protection, from 90-95% with a third shot to 75-80% without a booster, versus Omicron hospitalization and death. The problem of lack of adequate vaccination in the United States is compounded by not having any plan for a fourth dose. The Israeli study of over 1 million people age 60 and over showed a 4.3 fold enhanced protection versus severe illness from Omicron compared with those receiving three shots.

Not only is there a gaping hole in our immunity wall, but the $58bn budget of the American Pandemic Prepared Plan (AP3), advanced by the White House to comprehensively address the deficiencies, was gutted by the Senate and reduced to just $2bn. Under threat are the order of more than 9.2m Paxlovid pills, the Test-to Treat program announced at the State of the Union address, better data, wastewater surveillance, efforts to develop a pan-coronavirus vaccine, research on long Covid, and many other critical public health measures.

We haven’t even seen a new, major variant yet, but there are too many reasons to believe that is likely in the months ahead, owing to extensive animal reservoirs and documented cases of spillover to humans, a large number of immunocompromised people in whom the virus can undergo accelerated evolution, rare but increasingly seen co-infections, and lack of containment of the virus globally. That, in itself, requires preparedness. Unfortunately, we have a mindset that the pandemic is over, which couldn’t be further than the truth, as I wrote about in the epidemic of Covid complacency.

Add to all this is what is happening in China, which has fully relied on a zero-Covid policy, resulting in very little natural immunity, and vaccines that have weak efficacy against Omicron. Now this country is facing major outbreaks in two of its most populous cities, Shanghai and Shenzhen, and undoubtedly the whole country will be affected. We learned in 2019 that what happens in China doesn’t stay in China.

The time for American Covid denialism is long past.

Eric Topol is the founder and director of the Scripps Research Translational Institute, professor of molecular medicine, and executive vice-president of Scripps Research

The Guardian has a small favour to ask. Tens of millions have placed their trust in the Guardian’s fearless journalism since we started publishing 200 years ago, turning to us in moments of crisis, uncertainty, solidarity and hope. More than 1.5 million supporters, from 180 countries, now power us financially – keeping us open to all, and fiercely independent.

If there were ever a time to join us, it is now. Every contribution, however big or small, powers our journalism and sustains our future.