The peace movement challenged as never before 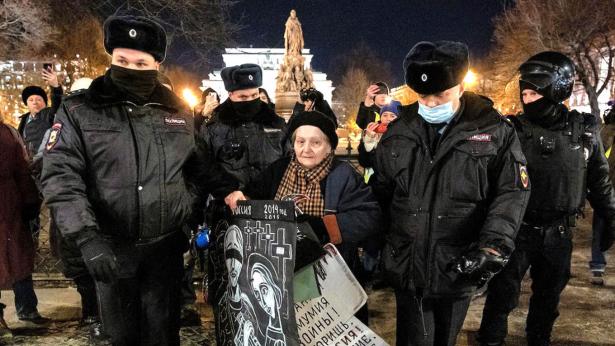 Yelena Osipova at a protest against the war in Ukraine on Nevsky Prospekt in St. Petersburg. Credit,Alexei Smagin / Kommersant

Amid shifts in the regional political scenario as well as the global situation, the organizations and movements that are part of the platform ALBA Movimientos continue preparations for their third continental assembly. Delegates from people’s movements, trade unions, and left political formations from across Latin America and the Caribbean will come together at the end of April.

The Global Left Needs To Organize A Peace Conference!   Left Against the War

The Conscience of St. Petersburg   / The Moscow Times

The coordination of the Khartoum State Resistance Committees, the decentralized groups of revolutionaries at the forefront of the fight against the coup authorities in Sudan, announced the publication of their long-awaited political charter, laying the foundations on which to build a new Sudan.

The Canadian labor movement took exception to protesters’ claim that this was a working-class movement. While unions sometimes disagreed on the introduction of mandatory vaccination policies by employers, they were united in opposition to the tactics of the convoy and the racist and undemocratic goals of the movement and its leaders.

The neoliberal economic model has foundered and can no longer generate growth. Governments will be forced to change their approach to economic management, giving rise to more promising conditions for struggle by workers after a generation of retreat.

Argentinian feminists are attempting to expose the connection between debt, global finance, labour exploitation and male violence. Being in debt obliges people to work more and more, no matter how precarious the conditions. Debt, in other words, produces obedience, and it affects women differently to men.

Kopanang Africa Against Xenophobia (KAAX), a coalition of civil society organisations rallying against xenophobia in South Africa, intends to approach the high court with an application to have the prohibition of its planned anti-xenophobia march overturned.

In every job she held, Kollontai’s political enemies deplored, misunderstood and mocked her ideas about sexual liberation and love. But those ideas are becoming more relevant than ever. “In striving to change fundamentally the conditions of life,” she wrote of communist women, “they know that they are also helping to reform relationships between the sexes.”