In a memo shared with Teen Vogue, the youth-led climate group warns Democrats to pay more attention to young voters. The memo strikes a clear tone: Stop taking us, and our voters, for granted. 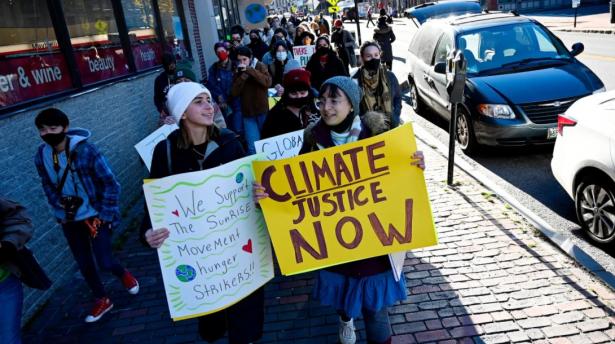 “Biden has seen his steepest decline in approval ratings among young people; and if Democratic morale is low, young voters are among the most likely to stay home in 2022,” part of the memo reads. “Drawing on lessons from the 2020 elections, [President Joe] Biden’s deteriorating approval ratings during his first year (especially among young people), and Sunrise’s new polling, it’s clear: If Democrats want to win in 2022, they must run on a strong climate agenda.”

The memo points to the races of Sunrise-backed Working Families Party candidates Jessica Cisneros and Greg Casar, both in Texas, as well as recent polling data, to argue that their landmark policy proposal, the Green New Deal, isn’t just popular; the group believes it’s key to winning in 2022.

Whether they've been phone banking, on hunger strikes outside the White House, or walking 400 miles to raise awareness for the Green New Deal, Sunrise organizers have spent the years since Biden’s election trying to push the Democrats to stick to their promises of prioritizing the climate. Meanwhile, Biden appears to have pivoted to the center, away from the progressive stances he backed while running for office — including those that resonated with Sunrise activists.

“Right now, people don’t see a government worth fighting for. For them to participate, they need a vision that meets the scale of the crisis we face. That’s what we saw in Greg and Jessica’s race[s],” says Texas-based Sunrise member Kidus Girma. “The road to our democracy runs through the Green New Deal because the only way you can convince a divided nation that their government works, is to unite them behind a vision greater than their collective sorrow.”

The Sunrise memo also points to a December poll, run by Sunrise and Data for Progress, that surveyed 855 likely voters ages 18-35, which found that those polled largely supported an executive order from President Biden declaring a national climate emergency. Perhaps more importantly for Sunrise, a majority of those polled supported the Green New Deal without having detailed information — and that number went up after voters were told about its goals.

Sunrise is currently celebrating the wins of Casar, who outright won his primary, and Cisneros, whose primary against her former employer, Rep. Henry Cuellar — Sunrise calls him “Big Oil’s Favorite Democrat” — is heading to a runoff. According to Sunrise, its organizers and volunteers made over 700,000 voter-contact attempts in advance of Cisneros’s primary.

For Sunrise, Cisneros’s campaign is “a great reminder that young people will show up and organize for candidates like Jessica who champion real progressive change,” says Ezra Oliff-Lieberman, Sunrise’s electoral distributed manager. “The lesson is clear: If you want young people behind you, run Green New Deal candidates."

Cisneros, in comments to Teen Vogue, credits Sunrise with propelling her campaign forward. “The Sunrise Movement is a force to be reckoned with," she says. "I’m ready to fight with Sunrise in Congress for a Green New Deal.”

If Sunrise succeeds in getting more Green New Deal supporters elected, that’s still only part of their battle; the Democrats have to meet them the rest of the way for the Green New Deal to make any headway.

So the memo strikes a clear tone: Stop taking us, and our voters, for granted. “If Democrats do not reengage young people — both to get them to the polls and to get them on the phones and knocking on doors — there is no path to the House and Senate," the memo concludes. "And the best way to do that is running on an unapologetically bold climate platform. By centering climate this cycle (and delivering while they remain in power), the Democratic Party can reinvigorate young peoples’ faith in the party — which would help position Democrats for success not just in 2022 but also in future elections.”

[Lexi McMenamin is a Contributing Politics Editor at Teen Vogue and a freelance journalist reporting on politics, identity, activist movements, and pop culture.]

Want more from Teen Vogue? Check this out: Where We Live, Climate Emergency Is Our Everyday

Stay up-to-date with the politics team. Sign up for the Teen Vogue Take! 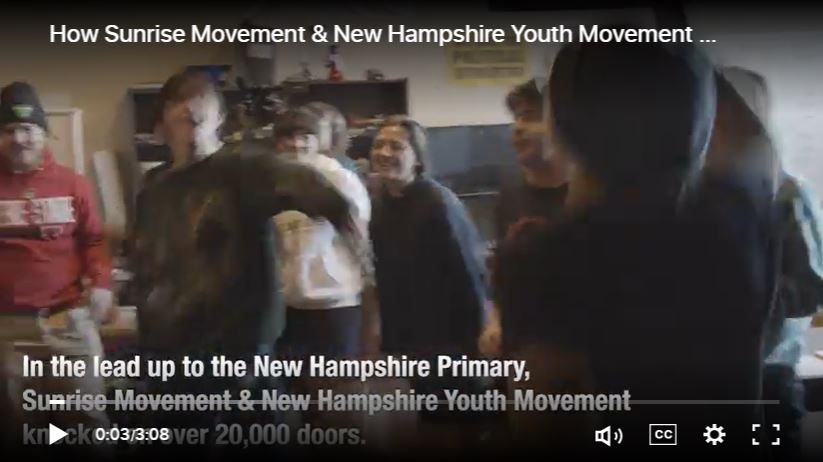