For decades anthropologists exploited Indigenous peoples in the name of science. Now they are reckoning with that history 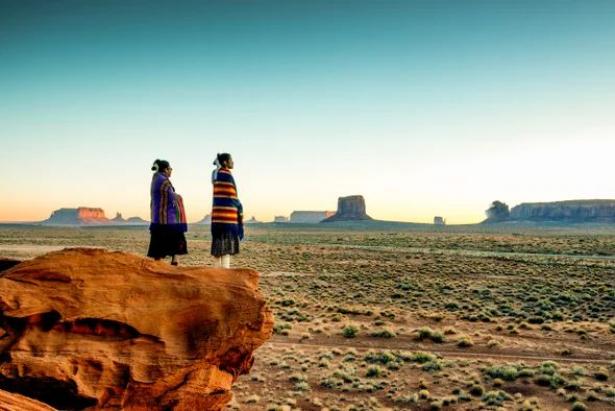 In 1901 the soon to be first president of the American Anthropological Association wrote that “through observation of a typical [Native American] tribe,” it was clear that “the savage stands strikingly close to sub-human species in every aspect.” An outgrowth of the pseudoscientific theory of racial and cultural hierarchy, William McGee’s words in American Anthropologist, anthropology’s flagship academic journal, echoed racist 19th-century views that justified mistreatment of Indigenous communities and propped up arguments for eugenics. In the decades that followed, anthropologists continued to support racist agendas, appropriate cultural knowledge, and steal material objects and human remains belonging to Indigenous peoples throughout the Americas in the name of scientific research. In November 2021 the American Anthropological Association (AAA) apologized for the field’s legacy of harm.

Anthropology as an academic field evolved out of the burgeoning subject of sociology in Europe in the 19th century, focusing on small-scale cultural groups in Africa, Asia and the Americas. In the U.S., anthropology and its subfields—including archaeology and linguistic anthropology—were grounded in the study of Native American communities. In its apology, the AAA pointed to the discipline’s “record of extractive research,” noting that, taken as a whole, this record constituted an “abusive relationship” in which anthropologists declared themselves “experts” and built their scholarly reputations by privileging their version of Indigenous knowledge over that of Indigenous communities themselves.

Vernon Finley, director of the Kootenai Culture Committee, grew up observing his grandfather’s interactions with the “onslaught of anthropologists” who came to record Kootenai tribal elders’ stories. Researchers nearly always interpreted them incorrectly, Finley recalls. Furthermore, elders were never told what the visitors intended to do with this information. “They thought it was purely for this person’s interest in knowing and interest in improving their life. They didn’t know it had to do with advancing their career,” he says.

Through a 21st-century lens, even those anthropologists with good intentions frequently contributed to the damage. In the early 20th century Franz Boas famously worked to debunk the racial hierarchy myth and promoted equal civil rights for Native Americans. But as a curator, he helped populate the American Museum of Natural History in New York City with the belongings, human remains and funerary objects of the tribes he advocated for. The looting was sometimes a condition of keeping his funding for fieldwork.

The fact that millions of these pieces are in natural history museums, specifically, where most Americans first learn about Indigenous cultures, is problematic. In 2010 the University of Michigan Museum of Natural History removed from public display 14 miniature dioramas depicting Native American groups from around the country. The dioramas were made in the mid-20th century by a staff zoologist, according to museum director Amy Harris. Although the displays were accurate, they were removed “because they didn’t belong in a natural history museum,” she explains. Native American visitors, particularly parents, told the museum that the presence of the dioramas made it look “like all Native people were dead and gone. That they were just as extinct as the dinosaurs and the taxidermy that we had in our other galleries.”

Regarding the AAA’s apology, Jacquetta Swift of the National Museum of the American Indian in Washington, D.C., says, it is “about damn time.” Swift, who is a member of the Comanche Nation and descended from the Fort Sill Apache Tribe, runs the department responsible for returning items in the museum’s collections that are eligible for repatriation. Although objects and ancestral remains came into the collections a number of ways, including occasionally with the cooperation of the tribe to which they belonged, the modern notion of consent was not part of anyone’s paradigm when those collections began. “I do not consent for anyone to disturb, excavate or study my remains or otherwise violate me in my final resting place,” Swift says. “And to any extent that my voice carries weight on the matter, I do not consent on those same issues for my relations, regardless if they are blood-related or not.”

When the museum was established as part of the Smithsonian Institution in 1989, the collections it inherited held around 1,000 Native American remains, according to Swift. Today the museum holds fewer than 200. A little farther down the National Mall, the Smithsonian’s National Museum of Natural History still holds more than two million archaeological objects from Indigenous cultures within the U.S. and thousands of ancestral remains. Hundreds of thousands of items have been repatriated. Some anthropologists point out that some tribes are satisfied with their objects being preserved in these places so long as those tribes have access to them. But others are not. No two Indigenous communities are the same, and to many groups, these objects are nonhuman persons that no more belong in a museum than their relatives’ skeletons do. Both the National Museum of the American Indian and the National Museum of Natural History have proactive repatriation policies mandated through federal legislation in 1989 and 1990. They are working to return bodily remains and cultural items to tribes across the country, from Alaska to Florida.

By 1969, anthropologists were so ubiquitous on reservations that noted scholar and Standing Rock Sioux Tribe member Vine Deloria, Jr., quipped, “Indians have been cursed above all other people in history. Indians have anthropologists.” Since then a number of Native Americans have themselves become anthropologists, slowly forcing open space for “a meaningful and impactful place in the discipline,” says Angelo Baca, a Utah-based anthropologist and AAA member, who is Hopi and Diné. “We always say that the time for Indian experts is over. Now is the time for expert Indians.” Baca notes that only time will tell whether the association’s apology will bring about substantive change.

Not everyone supports the AAA’s mea culpa. Detractors argue that there have always been anthropologists and archaeologists who work on behalf of and for tribes to champion their rights and sovereignty. Former AAA president Akhil Gupta, who issued the apology, says the criticism leveled at the association’s stance has fallen along lines of identity and generation. “All the criticisms have come from non-Native anthropologists who somehow feel that their hard work, their legacy, has been tarnished by the apology,” he says. But “it does not say that all the work that has ever been done in Native American communities is extractive or that it’s harmful. It just says that we have an ambiguous and ambivalent legacy.”

Both the cheers and outcry the apology has spawned mirror a larger social justice reckoning inside academic institutions and professional associations. The AAA is grappling with how anthropology maintains its relevance and contribution while facing its historical problem with the field’s research practices, as well as diversity and equity within its ranks. Correcting course means continuing to move from extractive methods to truly collaborative, reciprocal work in participation with Indigenous communities. It also means aiding university anthropology departments in developing best practices to diversify hiring, mentoring and curriculum, Gupta says.

“When I think about our many colleagues who are upset with us, I think they need to go back and reflect” on McGee’s statement in American Anthropologist in 1901, says the AAA’s current president Ramona Pérez. “We participated in racist ideologies and called it science. An apology is the start for recognizing that. But now it’s up to us to really start moving forward in collaboration with our tribal leaders and our tribal communities to ask them how we work together in empowering them today.”

Rachel Parsons is a London-based journalist with a focus on human ecology. Her work has appeared in DeSmog, Fort Worth Magazine, PBS NewsHour and Reuters.

Scientific American covers the most important and exciting research, ideas and knowledge in science, health, technology, the environment and society. It is committed to sharing trustworthy knowledge, enhancing our understanding of the world, and advancing social justice. Founded 1845, Scientific American is the oldest continuously published magazine in the United States. It has published articles by more than 200 Nobel Prize winners.

Get a digital subscription, to Scientific American for $29.99/year (includes a 4-year tolling digital archive access.)