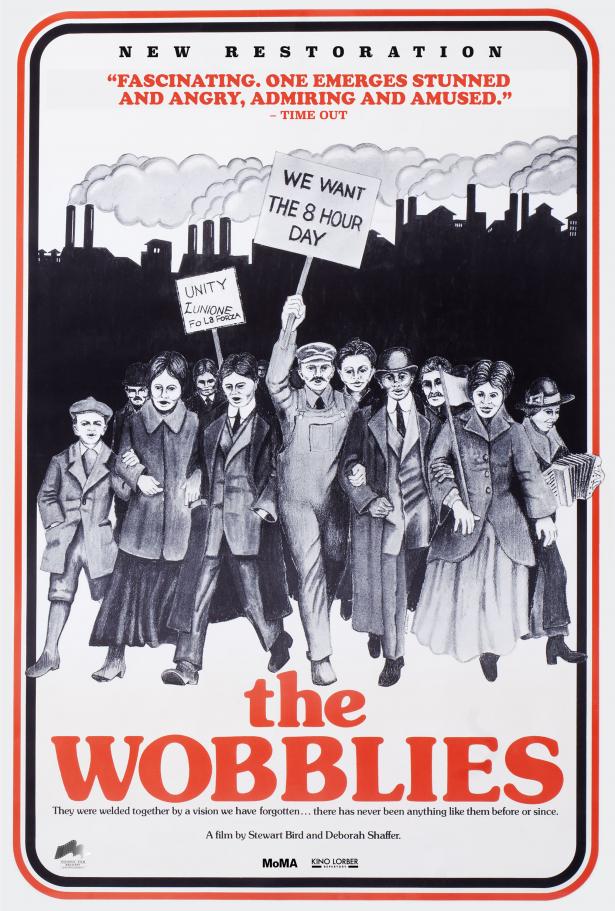 “The Wobblies” tells the story of the radical labor union the Industrial Workers of the World, also known as IWW and nicknamed The Wobblies. Founded in Chicago in 1905, the union championed the formation of “one big union” for all unskilled laborers, regardless of their race and gender.

“When we started production on ‘The Wobblies’ in 1977, our goal was to rescue and record an almost completely neglected chapter of American history as told by its elderly survivors,” Bird and Shaffer said in a joint statement. “We never imagined then that the themes of labor exploitation, anti-immigrant legislation, and racial and gender discrimination would resonate as strongly today.”

Kino Lorber presents a 4K restoration of “The Wobblies,” which was digitally scanned by the DuArt Digitization Center using the DFT Scanity. For the ultimate quality, the original cut’s ABC&D rolls of negative were the source for scanning and conforming into 4K 16-bit DPX files. The DPX media represents the new “digital negative” and was subsequently color graded and restored to create the archival and distribution masters. The new archival master is stored in MoMA’s Film Preservation Center.

“The Wobblies” also was recognized in the 2021 National Film Registry.

“The Wobblies” will open April 29 at the Metrograph theater in New York City. The documentary will then screen nationwide for International Workers Day on May 1, including a special showing at the American Cinematheque in Los Angeles, plus theaters in Austin, Brattleboro, Denver, Detroit, Philadelphia, Seattle, Silver Spring, and Tallahassee.

The film will then be made available to rent or own on all major VOD platforms, including Apple TV+, Amazon, Vudu, Google Play, YouTube, and Kino Now, starting May 31.