A group of climate physicists ran a climate model on a supercomputer to reconstruct how temperature and rainfall might have shaped the resources available to humans over the past few million years, and therefore human migration and evolution. 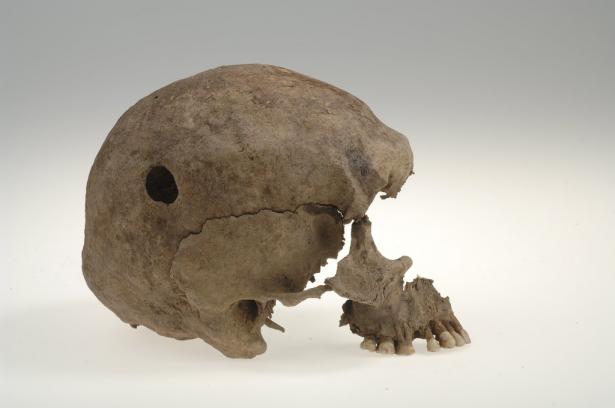 A colossal simulation of the past two million years of Earth’s climate provides evidence that temperature and other planetary conditions influenced early human migration — and possibly contributed to the emergence of the modern-day human species around 300,000 years ago.

The finding is one of many to come out of the largest model so far to investigate how changes in Earth’s movement have influenced climate and human evolution, published in Nature1 today. “This is another brick in the wall to support the role of climate in shaping human ancestry,” says Peter de Menocal, director of the Woods Hole Oceanographic Institution in Falmouth, Massachusetts.

The idea that climate might have a significant role in human evolution has been around since at least the 1920s2, when scientists started debating whether drier conditions had led early human ancestors to begin walking on two feet, to adapt to life on the savannah. But so far, researchers have struggled to provide strong evidence that climate played a part in shaping humanity.

In the latest study, Axel Timmermann, a climate physicist at Pusan National University in South Korea, and his colleagues ran a climate model on a supercomputer for six months to reconstruct how temperature and rainfall might have shaped what resources were available to humans over the past few million years. Specifically, the researchers examined how long-term fluctuations in climate brought about by Earth’s astronomical movement might have created the conditions to spur human evolution. 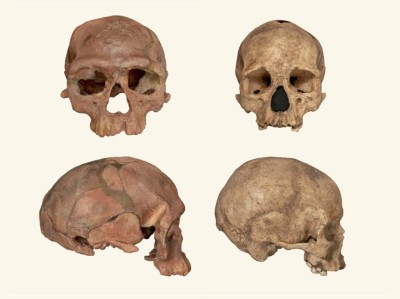 The push and pull of other planets alters Earth’s climate by changing both the planet’s tilt, and the shape of its orbit. Over 41,000-year cycles, Earth’s tilt oscillates, affecting the intensity of seasons and changing how much rain falls over the tropics. And over 100,000-year cycles, Earth goes from having a more circular orbit — which brings more sunlight and longer summers — to having a more elliptical orbit, which reduces sunlight and can lead to periods of glacial formation.

Timmermann and his colleagues used a simulation that incorporated these astonomical changes, and then combined their results with thousands of fossils and other archaeological evidence to work out where and when six species of humans — including the early Homo erectus and the modern Homo sapiens — could have lived.

The study pumped out a dizzying amount of data, and Timmermann says that several interesting patterns emerged. For instance, the researchers’ analysis showed that an early human species, Homo heidelbergensis, started expanding its habitat around 700,000 years ago. Some scientists have thought that this species might have given rise to a slew of others across the globe, including Neanderthals (Homo neanderthalensis) in Eurasia and H. sapiens somewhere in Africa.

The model suggests that the distribution of H. heidelbergensis across the globe was possible because a more elliptical orbit created wetter climate conditions that allowed the species to migrate more widely. The simulation also showed that the most habitable regions, in terms of climate, shifted over time, and the fossil record tracked along with them. “The global collection of skulls and tools is not randomly distributed in time,” Timmermann says. “It follows a pattern” that overlaps with climate change driven by Earth’s movement. “This is amazing to me — here is a pattern that nobody so far was able to see.”

One part of this pattern might provide fresh insight into where and how our own species emerged. Some genetic studies of modern-day hunter-gather groups in sub-Saharan Africa — who tend to be genetically isolated — suggest that H. sapiens is the outcome of a single evolutionary event in southern Africa. But other studies point to a more complex story, in which humanity began as a hotchpotch of many different groups of ancient Africans that, together, evolved into modern-day humans.

Timmermann and his colleagues say that their climate reconstruction favours the single-evolutionary-path hypothesis. The model suggests that our species evolved when H. heidelbergensis in southern Africa started losing liveable habitat during an unusually warm period. This population could have evolved into H. sapiens by adapting to the hotter, drier conditions.

But this finding is unlikely to end debate. “To make the case that a particular climate event led to a speciation event is really hard”, in part because of gaps in the fossil and genetic record, says Tyler Faith, a palaeobiologist at the University of Utah in Salt Lake City. 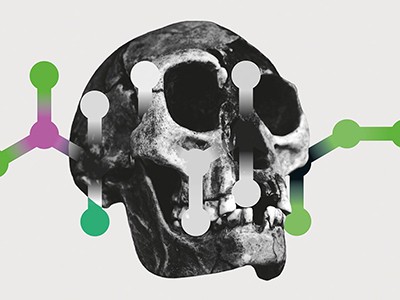 The same goes for many of the other patterns reported in the paper. “The people who’ve spent a career studying this will either be in violent agreement or disagreement with the propositions here,” de Menocal says. The model, however, is a “phenomenal accomplishment in and of itself” and “gives you a template to ask these questions”.

Most researchers that spoke to Nature say that more evidence will be needed to prove that astronomical cycles influenced the trajectory of human ancestry. “If solving the mystery of climate change and human evolution could be dealt with in one paper, it would have been done 40 years ago,” Faith says.

Which is why Timmermann and his colleagues are planning to run even larger models, including ones that integrate genetic data.