If a half-century of progress toward a more equal society, painstakingly achieved across many fronts by many actors, can be so easily jettisoned with the wave of a few judicial hands, the problem to worry about isn’t the court’s. It’s democracy’s. It’s ours. 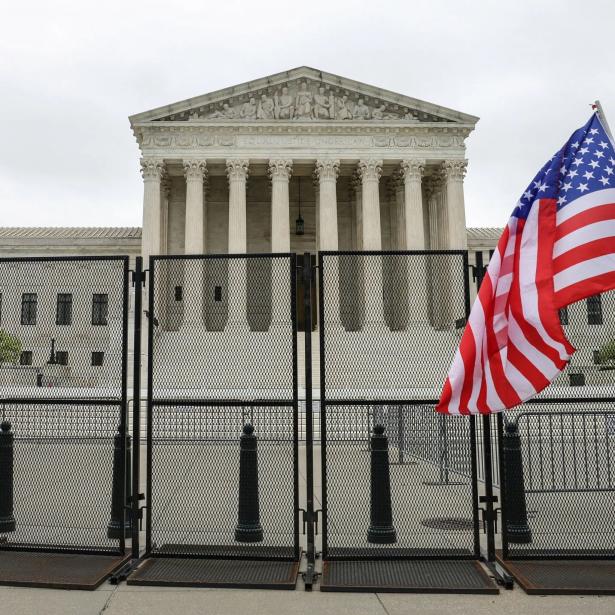 Yes, the leak of the draft opinion that would overturn Roe v. Wade was a shock. And it was shocking to read Justice Samuel Alito’s airy dismissal of a decision the Supreme Court has reaffirmed numerous times in the past 49 years as “egregiously wrong from the start.” That was on Page 6 of the draft opinion that Politico published last Monday, and Justice Alito spent the next 61 pages explaining why, in his view and perhaps ultimately in the view of four other justices, the court needs to overturn Roe now.

But the real shock to me was not what those 67 pages contain — mostly warmed-over stock phrases from the anti-abortion playbook that read like a law clerk’s cut-and-paste job — but rather who is missing: women.

Women were largely absent from Roe v. Wade too. While Roe exists in the culture as some kind of feminist screed about the right to abortion, it was anything but that. If people set preconceptions aside and actually read Justice Harry Blackmun’s opinion, they would see that Roe was really a decision about the right of doctors to exercise their judgment about a patient’s best interest without risking prosecution and prison. How else to interpret this summary sentence from near the end of the opinion? “The decision vindicates the right of the physician to administer medical treatment according to his professional judgment up to the points where important state interests provide compelling justifications for intervention.”

Women at best had a walk-on role in Roe v. Wade, but at least Justice Blackmun and the six other members of his majority had an excuse. When it came to the rights of women, the justices had very little to draw on. The court had yet to build a jurisprudence of sex equality; that came later, in the series of cases that the young Ruth Bader Ginsburg would argue during the remainder of the 1970s.

By the time Roe was argued, first in late 1971 and again the next year, the court had only just begun, ever so tentatively, to recognize that the 14th Amendment’s guarantee of equal protection might have something to say about women. To be sure, feminist lawyers filed friend-of-the-court briefs in Roe arguing that the right to terminate a pregnancy was essential to women’s equality, but these were neither voices nor arguments that the nine male justices were ready to hear, and they went unacknowledged.

That was then. Forty-nine years later, we live in a different constitutional universe — or thought we did. Mississippi, defending a ban on virtually all abortions after 15 weeks of pregnancy that is flatly unconstitutional under current Supreme Court precedents, is asking the court to overturn those precedents. Granted that the young Samuel Alito, as a recent Princeton graduate, joined an organization of conservatives who sought to limit the inclusion of women at his alma mater. Granted that he has made clear his desire to overturn Roe since even before his days on the court. It is still astonishing that in 2022 he would use his power to erase the right to abortion without in any way meaningfully acknowledging the impact both on women and on the constitutional understanding of sex equality as it has evolved in the past half-century.

His draft opinion takes aim not only at Roe but also at Planned Parenthood v. Casey, the 1992 decision that reaffirmed the right to abortion and notably added equality as one of the right’s foundations. Three Republican-appointed justices, Anthony Kennedy, Sandra Day O’Connor and David Souter, wrote in Casey’s unusual joint opinion that women’s ability to “participate equally in the economic and social life of the nation” depended on “their ability to control their reproductive lives.”

Failing to acknowledge that insight, the Alito draft instead attacks Casey as “unworkable,” as shown by “a long list of circuit conflicts” among federal appeals courts that have disagreed over how to apply the “undue burden” test that the decision established. The Casey undue-burden test invalidates a regulation that places a “substantial obstacle” in the path of a woman seeking to terminate her pregnancy before fetal viability. A major reason for judicial disagreements over how to apply this standard is not its unworkability but the unwillingness of some Republican-appointed judges to accept the fact that there is still a constitutional right to abortion; for these judges, no burden is ever great enough to be “undue.” As judges appointed by President Donald Trump have populated the lower courts (he named more than 200), the ideologically driven judicial resistance has escalated.

The Alito draft whitewashes decades of progress on women’s rights. It fails, for example, even to cite Justice Ginsburg’s landmark 1996 majority opinion in United States v. Virginia that rejected the exclusion of women from the state-supported Virginia Military Institute.

Virginia had defended the men-only admission policy on the ground that women were ill suited for the college’s physically and emotionally demanding culture. Justice Ginsburg’s answer was that physical differences between the sexes cannot be used to justify sex-based stereotypes or to place “artificial constraints on an individual’s opportunity.” Her analysis made clear that neither can laws regulating pregnancy be based on stereotyped assumptions about women’s roles or capacities. Any distinction on the basis of sex had to be supported by an “exceedingly persuasive justification,” the court held.

This was a sharp distinction from a decision early in the Roe era, Geduldig v. Aiello, in which the court held in 1974 that because pregnancy is a condition unique to women, a state could withhold equal benefits from pregnant women without violating the Equal Protection Clause. Pregnancy discrimination, in other words, was not sex discrimination as a constitutional matter. While the court has never formally overruled Geduldig, it has not cited it to address a claim of sex discrimination since the 1970s. A friend-of-the-court brief filed by three scholars of constitutional equality, Serena Mayeri, Melissa Murray and Reva Siegel, argues in the case now before the court that the Geduldig decision was effectively superseded by the Virginia decision and other modern sex-discrimination cases, and that the right to abortion should be understood as an equality right.

The argument got Justice Alito’s attention but not his agreement. “The regulation of a medical procedure that only one sex can undergo does not trigger heightened constitutional scrutiny” unless the regulation is just a pretext for discrimination, he wrote. For that proposition, breaking with decades of Supreme Court practice, he cited Geduldig.

In the wake of the mortifying breach that the leak represents, there has been much talk of the Supreme Court’s “legitimacy.” The court has a problem, no doubt, one that barriers of unscalable height around its building won’t solve. But if a half-century of progress toward a more equal society, painstakingly achieved across many fronts by many actors, can be so easily jettisoned with the wave of a few judicial hands, the problem to worry about isn’t the court’s. It’s democracy’s. It’s ours.