The Devastating Economic Impacts of an Abortion Ban

The legalization of abortion, had dramatic effects on the ages at which and the circumstances under which women became mothers. It reduced the number of teen-age mothers by a third, and that of women who got married as teen-agers by a fifth.

May 12, 2022 Sheelah Kolhatkar The New Yorker
Printer friendly
The Devastating Economic Impacts of an Abortion Ban Published May 12, 2022 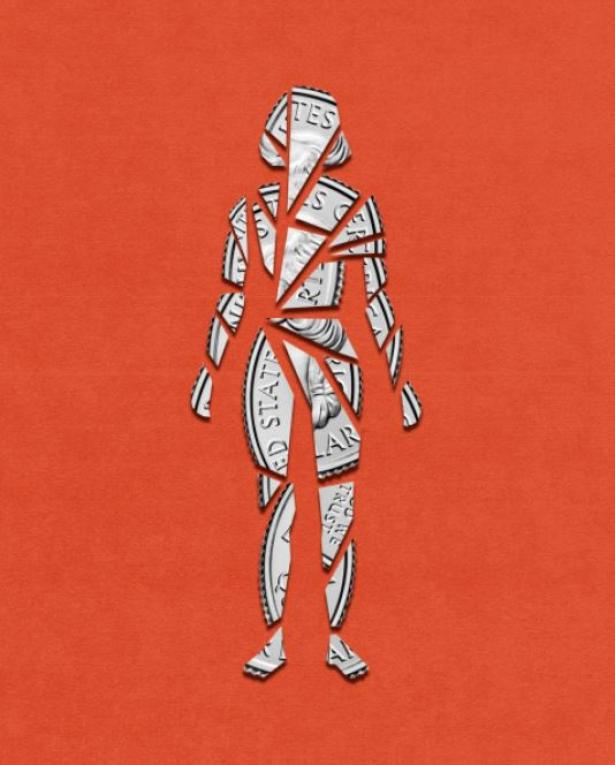 Last December, oral arguments were held before the Supreme Court in Dobbs v. Jackson Women’s Health Organization, the case leading to the leaked draft opinion last week that, if finalized, would overturn Roe v. Wade. During one especially illuminating moment, Chief Justice John Roberts attempted to draw Julie Rikelman—the litigation director of the Center for Reproductive Rights, who was arguing to have a ban on abortions after fifteen weeks in the state of Mississippi overturned—into a back-and-forth about the significance of the cutoff for having access to an abortion. Rikelman made a broader argument, that narrowing women’s access to the procedure could disproportionately harm low-income women or those experiencing personal crises. She turned to numbers to bolster her argument. “In fact,” Rikelman said, “the data has been very clear over the last fifty years that abortion has been critical to women’s equal participation in society. It’s been critical to their health, to their lives, their ability to pursue—”

“I’m sorry, what—what kind of data is that?” Roberts interrupted.

When Rikelman tried to answer, Roberts interrupted again. “Well, putting that data aside,” he said, “why would fifteen weeks be an inappropriate line?”

Listening to the exchange, Caitlin Myers, an economics professor at Middlebury College who studies gender, race, and the effects of reproductive-health policies on people’s lives, was stunned. Why would a Supreme Court Justice, in considering such a crucial issue, not be interested in knowing “the data”? Roberts’s colleagues signalled a similar disregard in the draft opinion for the Dobbs case that was published by Politico: the Justices behind the opinion seemed not to care about the issue. Where the original Roe decision acknowledged that making people carry and raise unwanted children could “force upon” women “a distressful life and future,” the draft opinion, written by Justice Samuel Alito, barely mentioned the substantial ways that the loss of access to safe, legal abortion would hamper the ability of women to participate fully in society.

Last fall, Myers marshalled a hundred and fifty-four economists to file an amicus brief against the abortion ban, in which they outlined decades of research on how unwanted pregnancies can affect women’s education, employment, and earning prospects, and can impact the labor market more broadly. “Economists as a whole don’t have disagreement about this,” Myers said. “This is not a question about the minimum wage—if you bring that up, then they’ll start arguing. But, if you ask about the role of childbearing in women’s lives, they don’t argue on many of the facts.”

Tiffany Green, an economist and population-health scientist and assistant professor at the University of Wisconsin School of Medicine and Public Health, noted that many of those effects would disproportionately fall on those who were already marginalized—particularly women of color and nonbinary and transgender people. A few statistics help clarify how race and class influence who will most be harmed: in 2014, forty-nine per cent of all abortions were obtained by people who were below the federal poverty line. As of 2004, approximately a third were obtained by people who were white, thirty-seven per cent by those who were Black, and twenty-two per cent by Hispanic people. Black women are significantly more likely than white women to experience an unintended pregnancy, owing to disparities in the economy and the health-care system, and other factors; for the same group, childbirth is more dangerous. “Whether you believe abortion is a moral thing or not, the evidence is the evidence,” Green told me. “And the overwhelming thrust of the evidence is that this is going to negatively impact women and other pregnant people’s economic prospects, their mental health, their physical health, and ultimately their lives. The end of Roe v. Wade is likely going to have devastating fallout.”

In the brief filed to the Court, Thomas Dobbs and the State of Mississippi presented an argument about modern parenthood that seemed disconnected from reality. Dobbs, Mississippi’s state health officer, argues that the Roe v. Wade decision—and a subsequent Supreme Court case that upheld Roe in 1992, Planned Parenthood v. Casey—were simply no longer relevant to women and parents. “The march of progress has left Roe and Casey behind,” the brief reads. It goes on to suggest that factors including access to contraception, laws on family leave, and availability of child care had rendered the matter irrelevant. Furthermore, it notes, all fifty states have “safe haven” laws that make it possible to relinquish unwanted newborns to the government so that they can be adopted, often with no questions asked. All of these developments, the brief reads, “facilitate the ability of women to pursue both career success and a rich family life.” In response, Myers noted, “You don’t need an economist with fancy statistics to tell you that’s laughable.”

The legalization of abortion, in the seventies, had dramatic effects on the ages at which and the circumstances under which women became mothers. It reduced the number of teen-age mothers by a third, and that of women who got married as teen-agers by a fifth. “Those effects are concentrated among young women and women of color,” Myers said. “Even when abortion was illegal, women who had the means would find a way.” Women who were able to delay motherhood through legal access to abortion were much more likely to finish college, pursue higher degrees, spend longer in the labor force, and enter higher-paying occupations; they were much less likely to fall into poverty later in life. “Fifty years later, the question is: does it still matter?” Myers said, of abortion access. “In short, the answer is yes.”

The draft opinion suggests that the conservative members of the Court accepted as fact the fantasy version of reality presented by the Dobbs argument—or perhaps that they simply don’t think that the potential economic effects of an abortion ban on women’s lives are relevant to the discussion. In truth, most people don’t have access to paid family leave: the U.S. is one of the few nations that doesn’t guarantee paid leave to new parents. The cost of child care is prohibitively expensive, averaging more than a thousand dollars a month for infants. Research conducted by economists such as Claudia Goldin, at Harvard, and Francine Blau, at Cornell University, has shown that the gender pay gap begins to widen once women become mothers. The workplace protections that do exist for mothers apply mostly to people with college degrees; at the lower end of the economic spectrum, where hourly workers may be engaged in shift work with unpredictable hours, there are few safeguards in place. “I think we need the data. And we have it. And we gave it to them,” Myers told me. “And it just seems to not be reflected in that draft.”

[Sheelah Kolhatkar is a staff writer at The New Yorker, where she writes about Wall Street, Silicon Valley, economics, and politics. She is the author of “Black Edge: Inside Information, Dirty Money, and the Quest to Bring Down the Most Wanted Man on Wall Street.”]