No-code platforms help increase the number of developers, in a time of increasing demand for software development.

May 22, 2022 Tam Nguyen The Conversation
Printer friendly
Nonprogrammers Are Building More of the World’s Software – A Computer Scientist Explains ‘No-Code’ Published May 22, 2022 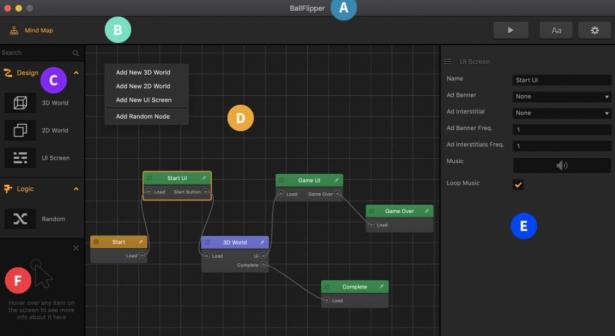 No-code is a way to program websites, mobile apps and games without using codes or scripts, or sets of commands. People readily learn from visual cues, which led to the development of “what you see is what you get” (WYSIWYG) document and multimedia editors as early as the 1970s. WYSIWYG editors allow you to work in a document as it appears in finished form. The concept was extended to software development in the 1990s.

There are many no-code development platforms that allow both programmers and nonprogrammers to create software through drag-and-drop graphical user interfaces instead of traditional line-by-line coding. For example, a user can drag a label and drop it to a website. The no-code platform will show how the label looks and create the corresponding HTML code. No-code development platforms generally offer templates or modules that allow anyone to build apps.

In the 1990s, websites were the most familiar interface to users. However, building a website required HTML coding and script-based programming that are not easy for a person lacking programming skills. This led to the release of early no-code platforms, including Microsoft FrontPage and Adobe Dreamweaver, to help nonprogrammers build websites. 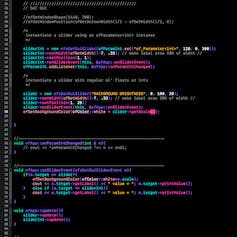 Following the WYSIWYG mindset, nonprogrammers could drag and drop website components such as labels, text boxes and buttons without using HTML code. In addition to editing websites locally, these tools also helped users upload the built websites to remote web servers, a key step in putting a website online.

However, the websites created by these editors were basic static websites. There were no advanced functions such as user authentication or database connections.

There are many current no-code website-building platforms such as Bubble, Wix, WordPress and GoogleSites that overcome the shortcomings of the early no-code website builders. Bubble allows users to design the interface by defining a workflow. A workflow is a series of actions triggered by an event. For instance, when a user clicks on the save button (the event), the current game status is saved to a file (the series of actions).

Meanwhile, Wix launched an HTML5 site builder that includes a library of website templates. In addition, Wix supports modules – for example, data analysis of visitor data such as contact information, messages, purchases and bookings; booking support for hotels and vacation rentals; and a platform for independent musicians to market and sell their music.

In addition to website builders, there are no-code platforms for game and mobile app development. The platforms are aimed at designers, entrepreneurs and hobbyists who don’t have game development or coding knowledge.

Buildbox is a no-code 3D game development platform. The main features of Buildbox include the image drop wheel, asset bar, option bar, collision editor, scene editor, physics simulation and even monetization options. While using Buildbox, users also get access to a library of game assets, sound effects and animations. In addition, Buildbox users can create the story of the game. Then users can edit game characters and environmental settings such as weather conditions and time of day, and change the user interface. They can also animate objects, insert video ads, and export their games to different platforms such as PCs and mobile devices.

Games such as Minecraft and SimCity can be thought of as tools for creating virtual worlds without coding.

No-code platforms help increase the number of developers, in a time of increasing demand for software development. No-code is showing up in fields such as e-commerce, education and health care.

I expect that no-code will play a more prominent role in artificial intelligence, as well. Training machine-learning models, the heart of AI, requires time, effort and experience. No-code programming can help reduce the time to train these models, which makes it easier to use AI for many purposes. For example, one no-code AI tool allows nonprogrammers to create chatbots, something that would have been unimaginable even a few years ago.