Is Denying the Nakba Antisemitism?

If expelling people because they are different does indeed constitute “anti-semitism,” then the Nakba — in which roughly 750,000 Palestinians were either expelled from their homes by Israeli forces or fled constitutes a vast “antisemitic” atrocity.

May 26, 2022 Peter Beinart The Beinart Notebook
Printer friendly
Is Denying the Nakba Antisemitism? Published May 26, 2022 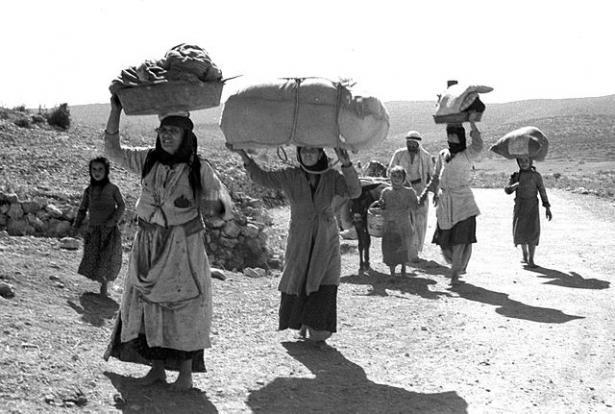 Last summer, Israeli Foreign Minister Yair Lapid gave an intriguing speech about antisemitism, a speech that—if taken seriously—constitutes a profound indictment of his own government and the American Jewish institutions that work alongside it. In the speech, Lapid said “antisemitism isn’t the first name of hate, it’s the family name.” In other words, antisemitism is the name for bigotry against Jews. But bigotry against Jews isn’t worse than bigotry against other people. All bigotry is equally bad, and thus, Lapid suggested, Jews should start calling all bigotry—or at least all bigotry that spawns widespread violence—antisemitism. “The antisemites,” he declared, “were also slave traders who threw people bound together in chains into the sea. The antisemites were the Hutu in Rwanda who massacred Tutsis.” An antisemite is anyone who “hates so much that they want to kill and eliminate and persecute and expel people just because they are different.”

It’s worth recalling Lapid’s speech in the wake of legislation, introduced last week by Representative Rashida Tlaib, calling on the US government to commemorate the Nakba. Because if expelling people just because they are different does indeed constitute “antisemitism,” then the Nakba—in which roughly 750,000 Palestinians were either expelled from their homes by Zionist and Israeli forces between 1947 and 1949 or fled their homes in terror—constitutes a vast “antisemitic” atrocity. And commemorating that atrocity—and working to repair its effects—should be part of the struggle against antisemitism in our time.

Why isn’t this obvious? How can so many Jewish leaders deny that driving three quarters of a million Palestinians from their homes—either at gunpoint or fear of gunpoint—constituted a profound act of violent bigotry. Once upon a time, Israel’s defenders deflected that charge by claiming Palestinian refugees left at the behest of Arab governments. But that claim has been thoroughly discredited, first by the Palestinian historian Walid Khalidi, who in 1959 studied Arab radio broadcasts and newspapers and the statements of various Arab and Palestinian armies. He found that, far from asking Palestinians to flee, Arab and Palestinian leaders frequently implored them to stay. Decades later, the Israeli historian Benny Morris, employing Israeli and British archives, concluded that whatever Arab regimes had done “to promote or stifle the exodus was only of secondary importance.” Indeed, a June 1948 report by Israel’s own intelligence service estimated that “orders and directives issued by Arab institutions and gangs” led to the evacuation of only 5% of Palestinian villages. By contrast, the “impact of ‘Jewish military action’ . . . on the migration was decisive.”

These days, Israel and American Jewish leaders often deflect in a different way. Why wasn’t it violent bigotry when Jewish armies forced Palestinians from their homes? Because, as establishment Jewish groups argue, Arab and Palestinian leaders opposed the 1947 United Nations partition plan and then attacked Israel after it was created in May 1948. “The root of the catastrophe,” tweeted the Democratic Majority for Israel in response to Tlaib’s bill, is that “the Arab world refused to accept the UN plan for a Jewish & Arab state in what was left of the UK's Palestine Mandate after Jordan’s creation. Instead, 5 Arab armies invaded Israel, attempting to destroy it & push the Jews into the Mediterranean Sea.”

This argument ignores several important truths. First, Palestinians had good reason to oppose the UN partition plan, which gave a Jewish state 55% of British Mandatory Palestine even though Jews comprised only one-third of its population. Second, Zionist forces began expelling Palestinians—several hundred thousand of them—before the Arab governments declared war in May 1948. Morris suggests that one of the reasons the Arab armies invaded was to stem the vast flow of Palestinian refugees streaming into their fragile nations. Why did Zionist forces begin expulsions before the Arab armies attacked? Some of the expulsions occurred in response to local Palestinian violence, which included several grizzly atrocities. But, as Hebrew University historian Hillel Cohen has detailed, most Palestinians never attacked Jews. If they took up arms at all, it was only to defend their villages from assault. Again and again, Zionist forces even expelled the villages that had sought non-aggression pacts with neighboring Jewish communities. Why? Because there were simply too many Palestinians around. Since Jews comprised only one-third of Mandatory Palestine’s population, the “Jewish” state created by the UN would have been 40-50% Palestinian. For David Ben-Gurion—who as early as 1938 declared that “I support compulsory transfer”—a Jewish state with that many Palestinians wasn’t really a Jewish state at all. From Ben-Gurion’s point of view, Morris argues, “without some sort of massive displacement of Arabs from the area of the Jewish state-to-be, there could be no viable ‘Jewish’ state.”

For all these reasons, the Nakba was, by Lapid’s standard, clearly an act of violent bigotry—an act of “antisemitism.” Zionist leaders wanted a state dominated by Jews and creating such a state required forcing large numbers of Palestinians out and barring from them returning. Did some Palestinians commit violence? Yes. Did many Jews perceive Palestinians as a threat? Absolutely. But Rwanda’s Hutus were afraid too. A Tutsi-dominated rebel force had invaded their country four years before the genocide began. White South Africans were deathly afraid of the ANC, which waged an armed struggle with Soviet weaponry. Protestants in Northern Ireland feared the ultra-violent Irish Republican Army. If systematic violence aimed at expelling or dominating another ethnic, religious, or racial group is justified because the people committing it are afraid, then not only was the Nakba justified, but South African apartheid, Protestant domination in Northern Ireland, and the Hutu genocide in Rwanda were justified too.

If, on the other hand, you take Lapid’s speech seriously—if you believe all violent bigotry is the moral equivalent of antisemitism—then politicians and organizations concerned with fighting antisemitism should have praised Tlaib’s legislation commemorating the Nakba. Instead, they called it antisemitic. Representative Lee Zeldin suggested the legislation was antisemitic because it calls the Nakba a “catastrophe” and thus undermines the legitimacy of Israel’s creation. By that logic, it’s anti-Jewish to discuss any Israeli atrocities because discussing them might lead people to question the legitimacy of a state that systematically discriminates against Palestinians. Jewish Insider focused on the fact that Tlaib’s bill called Palestinians—but not Jews—indigenous. (Tlaib didn’t deny that Jews are indigenous to Israel-Palestine. She just didn’t address the subject, which is understandable given that her subject was the expulsion of Palestinians.) This omission, Jewish Insider implies, is antisemitic because it undermines the Jewish connection to the land of Israel.

If you believe that bigotry against Palestinians is as bad as bigotry against Jews, these objections are laughable. How can Jewish Insider claim that not describing Jews as indigenous constitutes a greater offense than expelling 750,000 Palestinians from their homes and not permitting them to return? The answer is obvious: For Jewish Insider, Lee Zeldin, the Democratic Majority for Israel, and the entire panoply of establishment pro-Israel groups and leaders, bigotry against Palestinians doesn’t matter. It’s not even a conceptual category that they admit exists. Bigotry against Jews must be found no matter how hard you have to squint. Bigotry against Palestinians must be ignored even when it’s staring you in the face. Thus, after eyewitnesses accused Israeli forces of killing Palestinian journalist Shireen Abu Akleh, Israel’s Special Envoy for Combating Antisemitism Noa Tishby declared that “journalist [sic] are killed around the world every week, without the same global reaction. This is the antisemitic double standard.” Put aside the fact that Abu Akleh was an American citizen who was killed, according to eyewitnesses, by a country that receives $3 billion in US aid. What’s remarkable about Tishby’s statement is the way it exemplifies the Israeli and American Jewish establishment’s ability to interpret even the most blatant example of anti-Palestinian bigotry as an example of antisemitism. Abu Akleh was an iconic Palestinian journalist working in the West Bank—a territory where Jews enjoy citizenship, due process, free movement, and the ability to vote for the government that controls their lives. Meanwhile, Palestinians enjoy none of these rights. She was killed, according to eyewitnesses, by the army of the Jewish state. Yet according to Tishby, her killing highlights not bigotry against Palestinians but bigotry against Jews.

This is the opposite of what Lapid argued last year in his speech: That bigotry against Jews is wrong because bigotry against all people is wrong. Lapid illustrated his argument by suggesting that all violent bigotry be called “antisemitism.” By his own logic, therefore, Lapid’s government and its American Jewish allies—who deny or justify the Nakba and deny or justify the expulsions of Palestinians that Israel carries out to this day—are guilty of antisemitism. They’re far more guilty than Rashida Tlaib, who—unlike them—believes Jews and Palestinians should be treated as equally precious human beings.

[Peter Beinart is editor-at-large of Jewish Currents, professor of journalism and political science at the Newmark School of Journalism at the City University of New York, and author of The Beinart Notebook, a weekly newsletter.]