The Expansion of Democracy Is What Republican Elites Fear Most

Conventional wisdom says that the rule of the majority is in unavoidable tension with the rights of the minority. 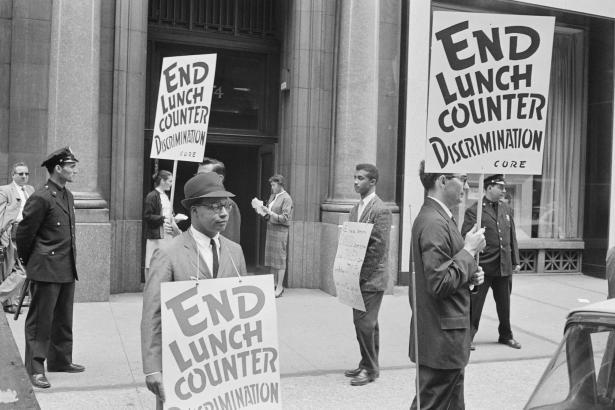 Conventional wisdom says that the rule of the majority is in unavoidable tension with the rights of the minority.

The great genius of the American system, seen in this light, is that it tempers, restrains and moderates the majority for the sake of minority rights. To that end, our system makes it extremely difficult for a majority to control simultaneously all of the institutions it needs to carry out its preferences.

There has even been an argument, made throughout our history, that this is still inadequate and that our system could and, in fact, should do more to restrain majorities. The South Carolina slaveholder, politician and theorist John C. Calhoun, who might be the most infamous proponent of this view, wanted to give a “concurrent voice in making or executing the laws or a veto on their execution” to every “division or interest” in the country. It was only then, he thought, that the nation would restrain the menace of majority rule once and for all.

More moderate was the French historian Alexis de Tocqueville, who spoke for many Americans — past, present and future — when he wrote that what he disliked most about democratic government “as it had been organized in the United States” was its “irresistible force.” What was most “repugnant” to him, he continued, was not “the extreme freedom that reigns there” but the “lack of guarantee against tyranny” of the majority.

But what if this wisdom is wrong? What if the supposed tension between majority rule and minority rights is overstated? What if it doesn’t really exist?

It’s not as if the idea of this tension isn’t sound. In theory, the very notion of majority rule puts minority rights on dangerous ground, since a right ceases to be one when subject to the shifting winds of political majorities. “On an abstract level,” the historian James MacGregor Burns writes in his 1990 book, “Cobblestone Leadership: Majority Rule, Minority Power, “concomitant expansions of individual liberties and majoritarian democracy seem logically precluded.” Fortunately, he added, “we do not inhabit an abstract world.”

Democratization in the United States has obviously been uneven. With every advance, there has been a setback. And at points, such as during the age of Jacksonian democracy, democratic expansion for some demanded democratic retrenchment for others. Universal suffrage for white men often meant the end of voting rights, where they existed, for Black ones.

But if we look at the 157 years after the Civil War, which is to say if we look at most of our experience as a nation under the Constitution, it’s not obvious that democratization and majority rule actually threaten minority rights. You might even say it is the reverse.

Far from the tyranny of an unrestrained majority, the period of Reconstruction saw the first real attempt at equality under the law in the South, as well as efforts to build a more egalitarian society, with respect for the social and political rights of ordinary people. The former slaves and their white allies built schools, established hospitals and pursued a host of public improvements, among them roads, bridges and charitable institutions.

The death knell for minority rights in the postwar South wasn’t democracy or majority rule or political equality but a counterrevolution of property and hierarchy, led by the remnants of the planter elite. It took decades of violence and fraud — including assassinations, massacres and rigged elections — for the reactionary opposition to Reconstruction to succeed.

The United States saw a burst of democratization at the start of the 20th century, particularly with the adoption of the 19th Amendment in 1920, which gave women (meaning those who could exercise it) the right to vote. And the broad public gained even more influence through reforms like recall elections, initiatives and referendums. The immediate threat to minority rights, however, came from opponents of a more open and democratic society. And rather than protect those minorities, the much-vaunted countermajoritarian institutions of the American system either stymied efforts to protect them (as was the case with anti-lynching laws) or helped politicians to exclude them (as was the case with the Immigration Act of 1924).

It would not be until the next great burst of democratization in the 1950s and 1960s, with the civil rights movement, that the American system would move to extend any serious protection to the rights of minorities and other excluded or marginalized groups. And it took the expansion of political rights and the triumph of majority rule over our countermajoritarian institutions — and the Senate, in particular — to do so.

The enduring belief that majority rule and democratization threaten the rights of minorities runs headfirst into the simple reality that, in the United States at least, the fundamental liberties of all Americans grew stronger and more secure as political rights spread from a narrow minority to an outright majority and as our institutions have grown more responsive to that majority.

The typical American’s ability to exercise his or her rights is greater now than it was a century ago, and it was greater a century ago than it was a century before. Against the conventional wisdom, the United States has become more free as it has become more democratic. And on the flip side, the liberties of all Americans have been at their most vulnerable when democracy and majority rule were at their weakest.

With all of this said, there are minorities whose interests are harmed by democracy, majority rule and political equality. But they are not minorities as we tend to think of them; they are elites. The holders of wealth, the owners of capital and the servants of hierarchy are a minority of sorts. And their “rights” — to dominate and to control — are threatened whenever the majority can act on its preferences.

Many of the framers said as much during the making of the Constitution, and the fact that it took a catastrophically destructive war to end the legal protection of human property lends credence to the view that these are the “minority rights” at stake when majority rule is on the table.

If that is true — if these are the rights our system is designed to defend — then the conventional wisdom is correct. Democracy and majority rule are threats to minority rights.

In which case, we need much more of both.