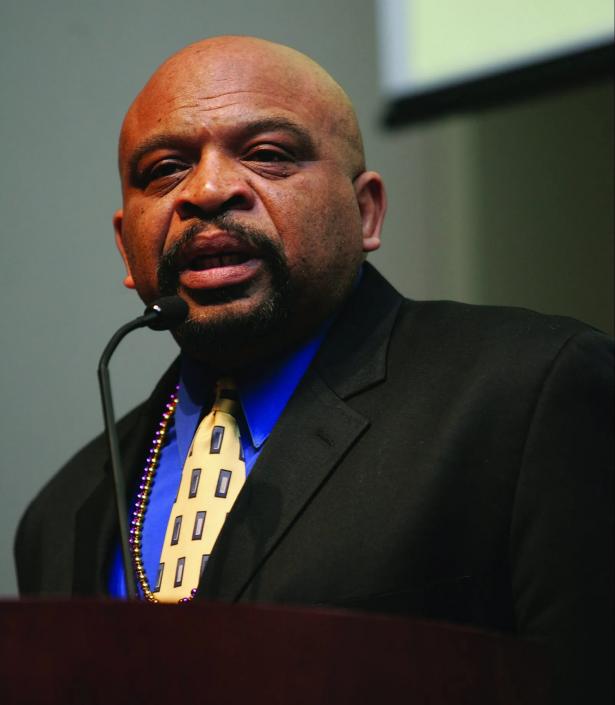 On Saturday, June 18, I will join thousands of 1199SEIU healthcare workers from up and down the East Coast as they take buses to Washington, D.C., to attend one of the most important mass demonstrations our nation’s capital has seen since the 1960s civil rights marches.

You should be there, too.

You need to be there.

Because of the nine lives lost on May 14 in the Topps Supermarket in Buffalo, N.Y., at the hands of a white supremacist and the massacre 10 short days later of 19 children and two adult teachers at Robb Elementary School in Uvalde, Texas.

Because we are living through a pandemic that has taken over 1 million American lives and where Blacks, Latinos, and Native Americans are two to three times more likely to be hospitalized from COVID than the white population.

Because on January 6 of last year a violent mob instigated by the former president attempted to overturn the legitimate results of a national election, and far-right extremist politicians are passing laws across the country to restrict access to the ballot box.

Because for the first time in generations, young people are growing up to be poorer than their parents, a fact directly tied to the explosion of inequality and the vast wealth being accumulated by a handful of American oligarchs.

It is all related.

The Rev. Dr. William J Barber II, one of the greatest civil rights champions of our time, has called for a Mass Poor People’s & Low-Wage Workers’ Assembly & Moral March on Washington on June 18 to draw attention to the urgent crises afflicting our great nation that have sunk millions of families into poverty and despair.

Here’s a powerful statement from the Moral March on Washington organizers: “We assemble and march on June 18, 2022, because any nation that ignores nearly half of its citizens is in a moral, economic and political crisis. There were 140 million people who were poor or one emergency away from economic ruin before the pandemic. Since March 2020, while hundreds of thousands of people have died, millions are on the edge of hunger and eviction, and still without health care or living wages, billionaire wealth has grown by over $2 trillion.”

“Generationally transformative” is a great way to describe what the Rev. Barber and the 6/18 organizers plan to accomplish.

The Rev. Dr. Martin Luther King’s August 1963 March on Washington—when a racial rainbow of protestors from across the country and world demanded an end to segregation, the payment of fair wages, voting and civil rights, job training and access to education and economic justice—was generationally transformative and ushered in tremendous progress for our nation.

One year later, Congress passed the Civil Rights Act of 1964, which made it illegal to discriminate against someone because of their race, color, religion, sex or ethnicity. It was the first of several laws that truly changed America by allowing people of color to live, work, and define their lives “not by the color of their skin but the content of their character,” to borrow Dr. King’s historic words.

But when you look at what we’ll be marching against on June 18, it’s like we’re back in 1963. We live in a country that has been blinding itself to how far the billionaire class and rightwing, racist extremists are willing to go to rid our country of the labor and civil rights protections that were hard won from decades of struggle.

Today, their singular persistence to roll back progress has essentially gutted the Voting Rights Act and other civil rights protections, stacked the courts with ideologues, put women on the precipice of losing their reproductive freedom, and even made it illegal in places to give someone waiting in line to vote a drink of water.

The constant string of mass shootings across the country, the rise of white extremist groups promoting gun violence and the stupid idea that equality for non-white people threatens Western civilization—the so-called ‘great replacement theory’ pushed by so many conservative commentators—make it clear that we would do well to follow another tactic Dr. King used so well in 1963—coalition building.

Backed by labor unions, religious organizations, sororities and fraternities, the ‘63 march brought a racially diverse group to the Capitol grounds to demand all Americans enjoy the same basic rights.

Look at the pictures and videotapes. The ‘63 March on Washington showed the world the real face of America in all its beautiful variety and diversity.

That collective resolve made it impossible for political leaders to deny their demands. And that’s what we need for June 18, a multiracial, multiethnic crowd, the true face of America, marching to demand that our elected leaders do much more to curb white supremist groups, fix our broken economy, and guarantee all Americans enjoy the principle for which Dr. King gave his life: equality.

So come be a part of history and join the June 18 Mass Poor People’s & Low-Wage Workers’ Assembly & Moral March on Washington.

Help transform our nation.
Join us.

Today, the New York Amsterdam News, which was founded in 1909, remains the voice of one of the largest and most influential Black communities in the country and the world.