Our most fundamental rights are being trampled by a tyrannical, unaccountable, and unelected force. 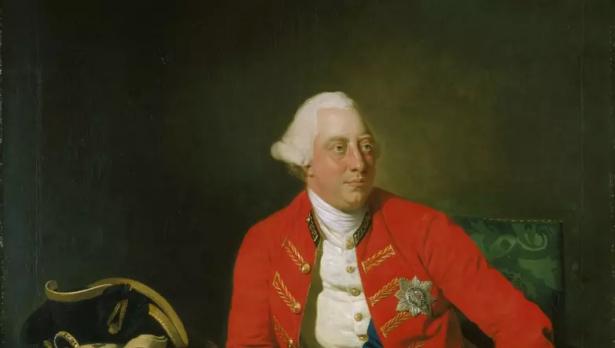 A portrait of King George III seated in a General Officer's coat with the ribbons and star of the Garter, (Photo: Royal Collection/Wikimedia Commons)

The Declaration of Independence begins with the famous words, crafted by Thomas Jefferson:

“We hold these truths to be self-evident, that all men are created equal, that they are endowed by their Creator with certain unalienable Rights, that among these are Life, Liberty and the pursuit of Happiness.–That to secure these rights, Governments are instituted among Men, deriving their just powers from the consent of the governed . . .”

Stephen Greenblatt argued in Swerve: How the World became Modern that Jefferson’s conception of the “pursuit of happiness” can be directly traced to Epicurean philosopher Lucretius’s De rerum natura (On the Nature of Things), a manuscript of which had been unearthed in the sixteenth century in a German monastery. Lucretius’ work begins with a paean to the goddess of beauty and love, Venus, who, he says inspires the very fecundity of spring itself.

The Trump Supreme Court self-evidently does not believe in these principles of liberty and pursuit of happiness, on which the United States was founded. The justices hold that we have no right to personal autonomy or bodily privacy and liberty, and that an alliance of Evangelicals and Catholics in state houses can legislate the most intimate details of our lives.

The justices draw on a scam called “originalism” to argue that the constitution now means what it meant to the framers in the 18th Century, which ought to make these originalists turn to professional, academic historians. They do not, and the naive historiography to which we have been treated by Samuel Alito and Clarence Thomas in recent weeks would earn any of my undergraduates an “F.”

Since they’re so hung up on the eighteenth century, it is worth considering what the first generation of Americans thought about abortion.

Eighteenth century Americans believed that life, liberty and the pursuit of happiness included freedom from unwanted pregnancies during the first 16-18 weeks, and had their own equivalents of mifepristone and misoprostol, the abortion pill, which taken together will end a pregnancy.

In one of his books, Benjamin Franklin, one of the founding fathers and a framer of the constitution, included a text that provided instructions for using herbs to “restore the courses,” that is, to start menstruation back up, i.e. they were abortifacients

The University of Mary Washington blog pointed out that Thomas Jefferson noted the use of abortifacients by American Indians, and was not in the least censorious about it, writing in Notes on the State of Virginia:

“They [Native Americans] raise fewer children than we do. The causes of this are to be found, not in a difference of nature, but of circumstance. The women very frequently attending the men in their parties of war and of hunting, child-bearing becomes extremely inconvenient to them. It is said, therefore, that they have learnt the practice of procuring abortion by the use of some vegetable; and that it even extends to prevent conception for a considerable time after.”

In the eighteenth century, women were not considered pregnant until the quickening, when they felt the fetus moving within them, typically around 18 weeks. Before month five, it was common for women to have abortions. These were performed by instrument or by herbs. The instruments were applied to “remove a blockage” that was “interfering in menstruation.” Herbs were used to restore menses (emmenagogues) or as abortifacients (often in practical terms these were the same thing). Abortifacients were discussed in classical medical texts like Hippocrates and Galen and by the Muslim physicians who were widely read in the medieval and Renaissance era, such as Avicenna and his Canon (Qanun Ibn Sina). It is true that abortions after the quickening were considered homicide, but typically not before.

It is likely that some early colonists learned of the abortifacients used by American Indians. In addition, the practical knowledge of enslaved West African midwives, some of them from Muslim societies, was also deployed on American plantations by the slaveholders, with older enslaved females in the household used as abortionists.

In addition, enslaved persons sometimes used cotton root in an attempt to abort their own pregnancies, aware that the child would be born to a life of drudgery and might well be sold off from its parents down the river. Slaveholders, aware of this practice, would force their enslaved workers to drink an antidote daily to prevent the abortifacient from working. So there was a war of herbal remedies, like something out of the science fiction novels (often set in slave societies) of Olivia Butler.

I’m just speculating here, but just as Evangelical biblical literalism has roots in an early American attempt to justify slavery, you have to wonder if the strain that views abortions so negatively goes back to these slaveholder attitudes about children being the wealth and private property of the patriarch.

But we are not actually going back to the eighteenth century, since “originalism” is a scam. We are being delivered into the hands of high-tech, 21st century authoritarians who have invented the personhood of the blastocyte and are using it for the purposes of neo-patriarchy. In that regard, this Evangelical dictatorship has some firm resemblances to the Taliban in Afghanistan, who are not “medieval” either, but very much a movement of contemporary counter-modernity. Ironically, Muslims in general have, and all along had, much more liberal views on abortion than the American Religious Right.

Juan Cole teaches Middle Eastern and South Asian history at the University of Michigan. His newest book, "Muhammad: Prophet of Peace Amid the Clash of Empires" was published in 2020. He is also the author of  "The New Arabs: How the Millennial Generation Is Changing the Middle East" (2015) and "Napoleon's Egypt: Invading the Middle East" (2008).  He has appeared widely on television, radio, and on op-ed pages as a commentator on Middle East affairs, and has a regular column at Salon.com. He has written, edited, or translated 14 books and has authored 60 journal articles.

We are optimists. We believe real change is possible. But only if enough well-informed, well-intentioned—and just plain fed up and fired-up—people demand it. We believe that together we can attain our common dreams.